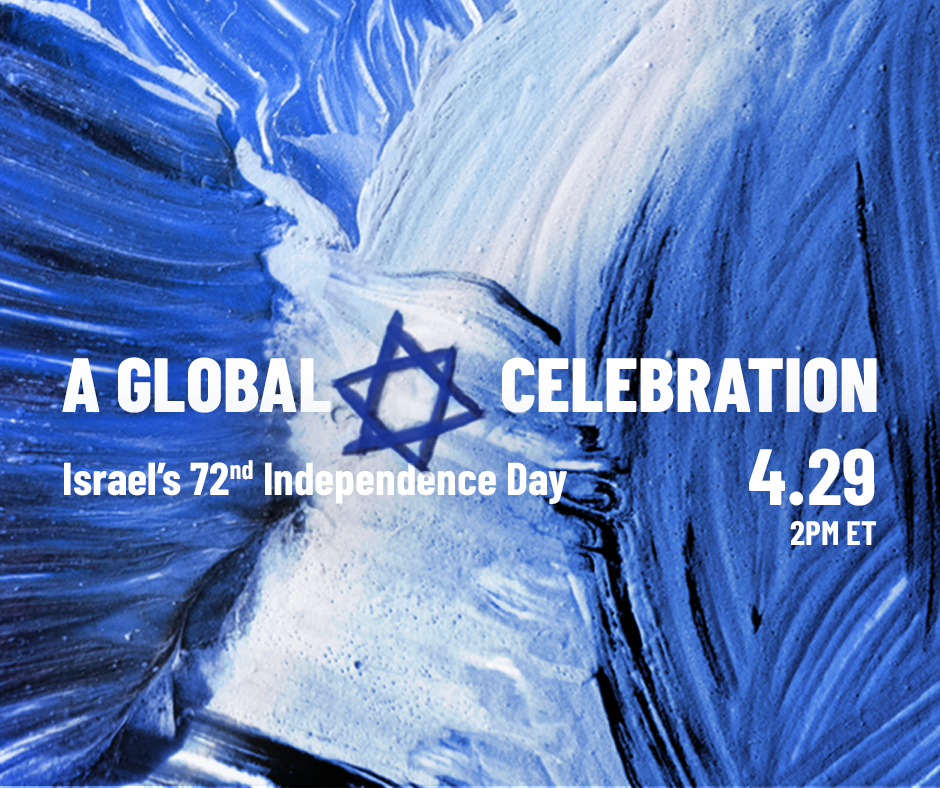 On April 29, 2020 we invite you to be a part of an extraordinary, worldwide, first-of-a-kind celebration of Israel’s 72nd Independence Day. Join celebrity guests and people from across the world on this star-studded, one hour Facebook Live event.

Come together with thousands of people around the world to celebrate Israel’s 72nd birthday virtually as one big global family. Featuring celebrity guests, fun surprises and more. Learn more at jfeds.org/YomHaatzmaut. Visit https://www.facebook.com/jfederations to view the live stream.