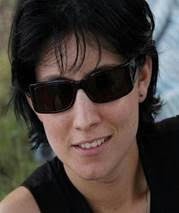 Join the Women's Division of the Jewish Federation for the first Lunch & Learn of the year, hosted and co-sponsored by Muhlenberg College Hillel.

IDF Major Meital Tzur served in Operation Cast Lead in 2009, Operation Protective Edge in 2014 and on a recent rescue mission to Nepal.

During Operation Cast Lead, Meital was in charge of emergency medical supplies, while in Operation Protective Edge, she served as the Medical Corps spokesperson, despite being on maternity leave with her month-old son.

Meital knew she wanted to play a role in the IDF rescue mission to Nepal when she first heard of the plan.

On the mission, she was in charge of planning and supplying all the medical equipment, from pharmaceuticals to instrumentation. She was the only pharmacist on the mission.

She cites her greatest satisfaction as having seen the wounded and the ill leave the field hospital, stronger and healthier after just a few days.

The 32-year-old Tel Aviv resident studied pharmacy within the Officer Candidate Academic Studies, an army training course which allows a draft-age person to study at a university while his or her peers serve in the army. After graduating, they give back to the army by utilizing the skills they have learned in the IDF.

Program is $12, including lunch. Men and women welcome.