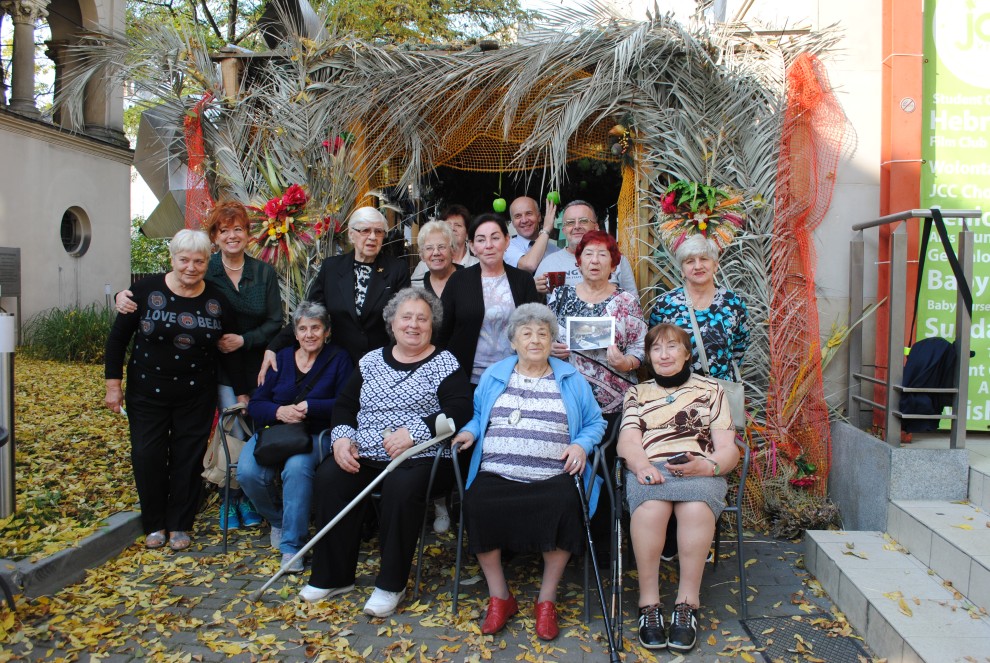 By Fana Schoen
Special to HAKOL

Editor’s Note: The Krakow JCC is funded by the JDC, a beneficiary of Federation.

When Marcjanna, the current director of Hillel at the Krakow JCC, was 13 years old, she Googled her last name. Finding a family tree, she scrolled up, and, to her surprise, she found a different, German last name at one point on the tree. Confused by this, she called into her mother in the next room, asking if they were German, to which her mother responded, “No, no, you’re Jewish! Didn’t you know?”

A recent fascinating and hopeful aspect of Jewish life in Krakow is the ongoing discovery of many people’s connection to their Jewish roots. Many Jews in Poland do not find out about their Judaism until their teenage years or until they are young adults because of how often Jews were in hiding during the Holocaust. Even after World War II, Jews continued to hide their Judaism during the Soviet occupation of Poland.

Out of fear or bad memories of those times, Jews often decided not to practice openly. This experience was something I found hard to imagine, because Judaism has been such an important part of my life ever since my baby naming.

Before the war, Poland had been a center of Judaism, with a 10 percent Jewish population, and the JCC in Krakow, along with much of the rest of Poland, is now on a mission to bring Jewish life in Poland back to where it once was.

I recently attended a presentation on Jewish life in Poland, during which I learned of some amazing stories about this miraculous resurgence of Jewish life there, and I feel it is important, if not essential, to share this with our Jewish community in the United States.

I contacted director of the Krakow JCC, Sebastian Rudol, to interview him about efforts the Krakow JCC has made to promote and improve Jewish life in Poland. He stated that even before the Krakow JCC opened in 2008, Poland had begun a “Jewish Renaissance,” after the fall of the pro-Soviet regime, during which people began to “come out” as Jewish.

Today, the Krakow JCC actively supports Jewish life and culture. Recently, a member of the JCC who survived the Holocaust celebrated her 83rd birthday and bat mitzvah at the Krakow JCC.

Rudol points out that many Jewish descendants are reluctant to identify as Jewish and to embrace the culture, but with each younger generation, people are more eager to participate and engage. He also states that even though anti-Semitism has increased in many parts of the world, in Krakow, many people are excited to be Jewish and embrace their Jewish identity.

The Krakow JCC has a goal of helping Jews become Jewish again, treating all of its visitors with great hospitality, and offering overseas membership to non-Polish visitors. The JCC even has a genealogist on staff to help visitors and members learn more about their pasts and their ancestors.

In addition, the Krakow JCC holds an event every year called the “Ride of the Living.” Similar to the “March of the Living,” the ride follows the path on which victims of the Holocaust were marched in the March of the Dead between concentration camps. Both trips then culminate by travelling to Israel to celebrate the rebirth of Jewish life. Yet there are two key differences between the march and the ride: participants in the “Ride of the Living” bike the path, and they also focus more on the positive aspects of current Jewish life in Poland.

The “Ride of the Living” accepts participants from all over the world, and it is an annual event that has been growing since its inception in 2014. Last year, a man named Marcel, from Canada, emailed Rudol asking to participate in the ride. When Marcel arrived on the first day, Rudol found out that he was a survivor of Auschwitz, originally from Poland, who sought to bike the same route he had marched when he was 10 years old.

Recently, I had the opportunity to interview Marcjanna (now in her 20s), who found out she was Jewish 13 years ago. She provided numerous stories of young people who, like her, discovered their families’ Judaism almost by accident. She also told of families who had retained fragments of Jewish ritual and practice, but that these practices had become untethered from Jewish identity. For example, one family had a special family dinner each year around the time of the Passover seder, but no one in the family still remembered the connection.

Marcjanna informed me, “too many people who find out about their Jewish roots ignore it.” Unlike the others, Marcjanna hurled herself into the Jewish community. She began making friends at the Krakow JCC, and eventually taught the young children there at the Sunday School. She found that this experience would not only teach those children, but also educate herself.

Marcjanna now runs the Hillel program, which opened at the JCC in September. Young adults between 18 and 30 years old learn from Marcjanna, many of whom share similar stories of learning of their Judaism later into their lives, calling themselves, “50 Shades of Judaism.”

Marcjanna, like many of her fellow new members of the Polish Jewish community, loves being a new part of the Jewish population of Poland, but not only for the religious aspects.

She claimed, “for me, it’s a part of culture. For me, this is a part of learning, a discussion that continues forever.”