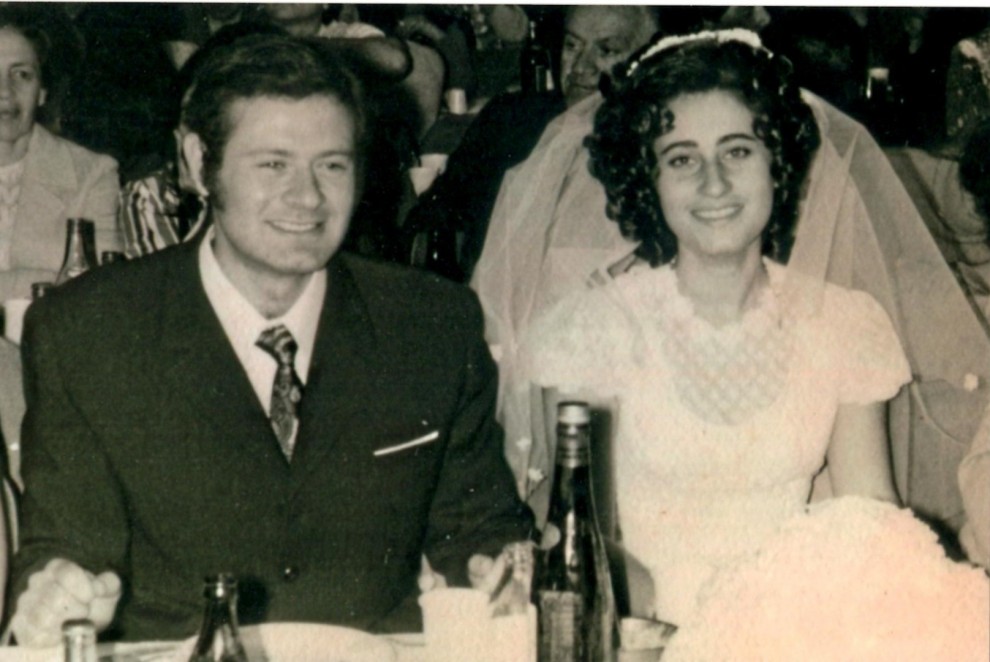 Have you ever played the game of asking friends how they met their significant other? Well, I have, and I have heard a lot of different stories. Some are boring, some are funny, some are dramatic and some are exotic even, but never until now had I heard a story as extraordinary as the story of Ilana Gitelman and Arkady Voloshin.

Ilana was born in the 1950s in the city of Kishinev, the capital city of Moldavia, a small republic belonging at the time to the Soviet Union. Consider the situation as it was when she was growing up: Both of her parents are Jewish, but because the Soviet Union forbids the practice of any religion, they do not practice at all. There is no kosher food to buy, no Hebrew school in which to learn Hebrew and the laws of the Torah, no Jewish youth groups and no Jewish summer camp. There is still one synagogue authorized, but no one, except very old people, would dare to go in and pray during Jewish holidays.

Therefore, Ilana grows up knowing that she is Jewish because it is written on her passport – having a passport with one’s “nationality” stamped upon it is mandatory for any Soviet citizen above age 16 – but she has no idea what it means. For her, being Jewish is like what for others being Russian or Moldavian is, except she has no homeland and she is treated worse than other minorities because of her Jewishness.

Also, her real name isn’t Ilana; it’s Ella and that’s how she is known. Her parents named her Ella, not because they very much liked the name, but because giving a Jewish name to a baby would be very much frowned upon or mocked by the locals.

Growing up, Ella knows that, as a student, she has to be much better than her non-Jewish classmates if she wants to have the chance to go to a university, and even being better doesn’t guarantee it. Very often, brilliant Jewish students have to go as far as Leningrad, or even Siberia to have a chance to get accepted.

No, growing up in the anti-Semitic Soviet Union wasn’t easy in the 60s, but Ella and her parents managed as best they could and on the fateful day of 1968 when she was told that she was indeed accepted at a university, her life changed forever.

Ella came home that day very excited about the great news, and couldn’t wait to share it with her parents. Nobody was home yet, though, and Ella was going to go out when someone knocked on her door. It was an older man who introduced himself as Joseph Yankelevich, a former friend of her father. He had been sent in 1941 to a Stalinist camp in Siberia. After spending 16 years there and miraculously surviving, he had been living in Riga for several years with his family, and had come to Kishinev to reconnect with some old friends.

Ella explained that her dad wasn’t home yet and, since she was so excited that day, she told him her great news. They talked for a little while, and then Joseph gave her two books to read and told her, “Read the books, study them and sometime in the future someone will come to pick them up.”

Ella was intrigued. The first book was a dictionary of Hebrew/Russian and the second one was a book about the history of the Jews. So she started to study them and soon became hooked …

In May 1969, almost a year later, two young and handsome men knocked on her door and asked for the books. They had been sent by Joseph, they said. They were part of a large Jewish underground organization trying to teach Hebrew and Jewish history to Jews from the Soviet Union and, ultimately, to get some of them to emigrate to Israel. At the time, this was considered a crime and many “Zionists” had been sentenced to prison for this. There was no way a Jew would be allowed to leave the USSR, let alone to go to Israel.

Ella became fast friends with the two young men. One of them, Arkady, was a very active member of the Jewish underground organization. In the summer of 1969, he became indirectly involved in a crazy plot to “highjack” a plane full of Jewish passengers and have the plane land in Sweden. It never happened, though, because the KGB arrested all the suspected “terrorists” directly involved with the plot on June 15, 1970.

Arkady’s house was searched on that day, too, and he himself was arrested on August 17, 1970. A long and very difficult trial followed. While Arkady was still awaiting his trial in prison, two of the more direct protagonists were sentenced to death, and others to 15 years in prison.

The sentencing was so harsh and so overtly anti-Semitic that it became a world sensation. There were strikes and protests everywhere. Even the communist parties of France and Italy condemned the communist party of the USSR. The western world was so irate about the issue that, for the first time, the Soviet government backed up and reduced the sentencing.

Ella, who by now was Arkady’s girlfriend, went to Moscow to find him a good lawyer, but the lawyer was forbidden to go to the trial. The trial was “closed,” which means that only direct family could attend and this did not include Ella. Arkady and his family wanted as many people as possible admitted to the trial, though, because they wanted to remember as many details as possible of what went on during the trial in order to tell people, who would tell other people, who would be able to tell foreign journalists.

Toward that goal, Arkady’s mother, Ida, told Arkady to stand up during the trial and ask the judge to allow Ella to be present at the trial as his fiancée. The judge refused, which prompted Ella to tell friends who eventually told a journalist from the BBC. A radio broadcast from the BBC then gave accounts of the situation in June 1971, presenting Ella as Arkady’s fiancée.

Meanwhile, Arkady had been sentenced to two years in prison. When he was told of the radio broadcast, he laughed and said to Ella, “Well, if the BBC said it … then you should be my fiancée!”

Incredible as this story is, it is not over. In May 1972, U.S. President Richard Nixon went on an official visit to the U.S.S.R., and because the Soviet government was afraid of possible protests or unrest from Soviet Jews, it allowed a few “troublemakers” to leave. Ella and her family were among them. They were given 10 days in May 1972 in which to leave for Israel.

Arkady, who had spent more than a year in a political camp in Moldovia, was released on August 17, 1972, exactly two years after he was arrested. He was allowed to leave in October 1972, and was reunited with Ella in Israel. The kibbutz Gvat, which had been very involved with helping the Soviet Jews – whom they called “Prisoners of Zion” – offered to organize the wedding for them. A date was set for November 30, 1972, and even Golda Meir was going to come and attend the wedding.

It turned out that that year, Nov. 30 was the first day of Chanukah and Golda Meir couldn’t attend because of previous engagements, but she gave them as a wedding gift a beautiful hanukkiah that they still have and cherish.

Now wouldn’t you call this whole story a Chanukah miracle?