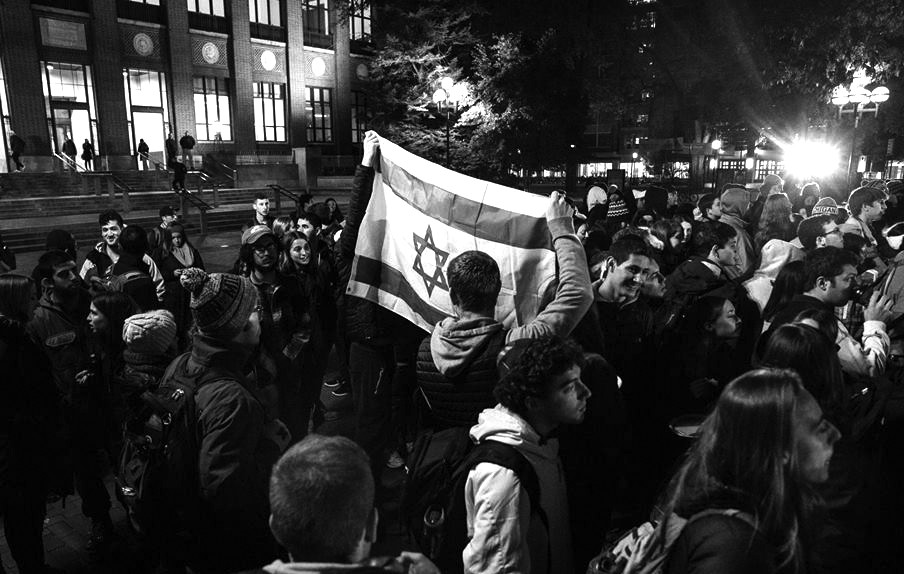 By Hannah Tamarkin
Special to HAKOL

Editor’s Note: Hannah, a Jewish Day School of the Lehigh Valley graduate, is the daughter of Frank and Tama Tamarkin of Allentown. She is currently a freshman at the University of Michigan.

On the evening of Nov. 14, I sat in an auditorium in one of the academic buildings on the University of Michigan’s campus for over six hours, listening to the debate surrounding a resolution brought forth to the UM Central Student Government (CSG). The resolution called on the university to create a committee that would investigate university investments in companies such as Boeing, Hewlett-Packard and United Technologies due to their ties to business in Israel. The meeting finally concluded around 3 a.m., after the CSG voted by secret ballot to pass the resolution with 23 votes for, 17 against and five abstentions.

I was especially disappointed when the CSG barred Victor Lieberman, a University of Michigan professor who teaches Israeli-Arab conflict, from educating the room about the realities of the BDS movement. Professor Lieberman is a widely respected academic with extensive knowledge about the topics being debated, and there was no rational explanation for denying students his expertise. In past years when similar resolutions have arisen in CSG, Professor Lieberman’s perspective has been allowed, and this year’s decision to silence him felt like blatant anti-Semitism and the silencing of free speech.

At the CSG meeting, authors and supporters of the resolution expressed that they did not wish for Jewish students to feel targeted by this resolution, yet the next morning, in the men’s bathroom of the building that the vote was held in, a swastika was found in permanent marker on the wall of a stall. This is strongly disturbing, and goes back to the question of impact versus intent that was discussed at the CSG meeting. Although individuals may have expressed that they did not intend for the resolution to read as anti-Semitic or targeting Jewish students, the terribly negative impact was predictable and inevitable. The authors of this resolution and the 23 CSG representatives that voted, in secret, to pass this resolution must be held accountable for their part in catalyzing and normalizing this anti-Semitic action and creating a heightened fear for Jewish students on campus.

As someone who has attended Jewish Day School most of my life and has been heavily involved in Jewish organizations such as BBYO and AIPAC, I have learned about the BDS movement for years. I have seen the videos of anti-Israel sentiment on college campuses across the nation, and I have read news reports of anti-Semitic incidents that occur on campuses everywhere. Never did I imagine that in the first semester of my freshman year, at a school that is championed for its vibrant Jewish life and strong Jewish community, I would experience these events for myself.

Despite the disappointing outcome of the CSG’s vote, I was beyond impressed with the resources and support available to Jewish students from the various organizations on campus, notably the University of Michigan Hillel. At Hillel’s Shabbat dinner, faculty and students showed up to support one another and participate in the strong community that we are so lucky to be a part of.