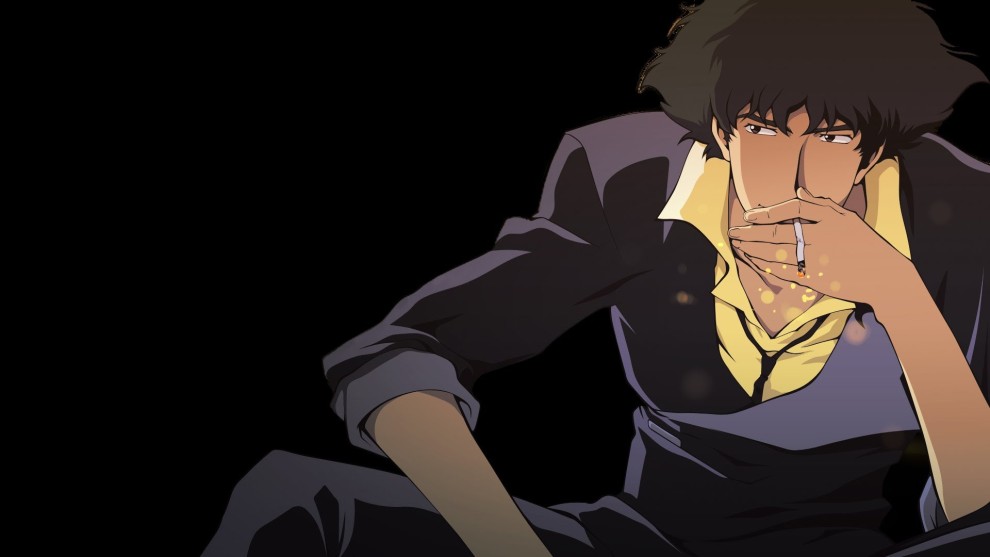 Did you know that Jews have traveled to Japan for hundreds of years? Or that there are several Jewish characters and plots in modern anime series? Attorney James A. Wolf delved deep into these matters in his presentation, “Japan and the Jews,” at Anime Boston.

Anime Boston is the largest anime (Japanese hand-drawn and computer animation) and Japanese culture convention in the northeastern United States. It features three days of programming, including panel discussions, lectures, art and writing workshops, concerts and video and board gaming. All attendees are able to submit applications for panels to educate others about relevant topics, which is how Wolf got involved with his panel.

“Many fans can out-geek me, so I look to the past for something to discuss,” he said. “At previous Anime Bostons, I have discussed Douglas MacArthur, the 442nd RCT and, last year, the Russo-Japanese War of 1904-5. In fact, the idea for this panel sprang out of my research for last year. Joseph Trumpeldor's story raised the question of other Jewish contacts with Japan and her people.” This started Wolf on a journey of research dating back to the 700s CE for the first contacts along the Silk Road in Tang dynasty China, some of whom later became the Jews of Kaifeng.

After a great deal of research, “I discovered there was, for the most part, no great overarching story, but generally small tales, some of which coalesced into a lager whole,” Wolf said, and during his panel, he arranged the information in chronological order to paint a picture of Jewish-Japanese interactions over centuries.

The panel was well-attended, with approximately 40 people filling the seats on the Friday morning right as the convention began. Before beginning, Wolf asked attendees to raise their hands if they were not Jewish, and when most of the room raised their hands, he defined several terms like Diaspora, Ashkenazi vs. Sephardi and Zionism that would become important in the discussion ahead.

After offering a few potential first encounters between the Jews and Japanese, including a note fragment in Judeo-Persian in 718 talking about the education of a young woman and complaining about the price of sheep, Wolf moved on to Japanese encounters with Europe, beginning in 1543. By this time, the Spanish Inquisition had forced many European Jews to convert, but people with Jewish backgrounds like merchant Mendez Pinto and Dr. Luis Almedia began to travel to Japan. Pedro ”Kibe” Kasui was the first Japanese man to travel to Jerusalem, reaching the city in 1620.

During the Japanese period of isolation between 1633-1853, interactions with foreigners were extremely rare, but once the ban was lifted, more Jews began to contribute to Japan. Some of the travelers included Ludwig Reiss, a history professor who introduced western historiography to Japan; Albert Mosse, a German administrative law expert who helped draft the Meiji Constitution; Raphael Schoyer, an American Jew who founded the Japan Times; and Marcus Samuel, 1st Viscount Bearsted, who founded Samuel Samuel & Co and Shell Transport, which were important for Japanese industrialization.

During this time, Jewish communities became established in Yokohama, Kobe and Nagasaki, where the first synagogue in Japan was built in 1895.

With the outbreak of the Russo-Japanese War, during which 33,000 Russian Jews were drafted for the army, Joseph Trumpeldor lost his arm and won a Medal of Honor. He later helped found the Zion Mule Corps and the Israeli army. As part of the international reaction to the war, Naphtali Herz, the writer of Israel’s national anthem, “Hatikvah,” dedicated a book of poems to the Japanese emperor.

During World War II, Wolf highlighted the Five Minister Conference in December 1938, where it was decided that Jews residing in Japanese-controlled territories would not be discriminated against. Japan was also the source of the Fugu Plan, an idea to create a Jewish homeland in Japanese-occupied Manchuria. There were instances of brutality – Jews were among the victims of Unit 731’s experimentation – and kindness – like Chiune Sugihara, a Righteous Gentile who helped Jews escape the Holocaust and is honored at Yad Vashem.

In modern times, Japan recognized Israel as a country on its fourth birthday in 1952, and approximately 1,000 Jews live in Japan today. There is one synagogue in Tokyo and Waseda University has a Jewish studies program.

After detailing the historical background, Wolf then switched gears to look at how these interactions affected pop culture in Japan, most notably anime and manga (comic books).

Although the most memorable instance of Jews in anime is negative – the main plot of the Japanese version of a show called Angel Cop revolves around villainous Jews trying to sabotage Japan’s economy, although this was changed to an American corporation in the American version of the show – there are examples of other Jewish anime characters. These include Benny, a computer hacker on “Black Lagoon,” and Spike Spiegel, a bounty hunter and the main protagonist of “Cowboy Bebop.”

The Holocaust has been ripe fodder for several series, including the manga series “Message to Adolf” by Osamu Tezuka, in which the plot revolves around the theory that Hitler had Jewish ancestry, and “Anne no Nikki,” an anime-style movie adaptation of Anne Frank’s “Diary of a Young Girl.”