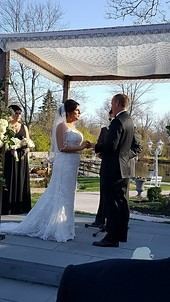 By Anita Hirsch
Special to HAKOL

Ilene Rubel loves to knit. She always has a knitting project she is working on. Well, she works on one, but she has others partially done and others almost done and lots of brand new skeins ready for projects. Ilene started knitting more complicated patterns not so long ago, about nine years ago. Her mother Honey (Helene) Greenstein was a prolific knitter and had tried to raise an interest and enjoyment of knitting to Ilene, but without success. Honey made baby and toddler sweaters and blankets for Ilene’s three daughters, which Ilene saved and cherishes.

Without much experience herself, Ilene started a mitzvah knitting club at Temple Beth El in October 2004 and included a much more experienced knitter with a mission, Anita Brody, who was promoting making baby blankets for charity. Anita and Ilene got together with a group of women from the temple; they knitted baby blankets which Anita took to local hospitals where they were donated.

Ilene was living in Allentown and had cousins visiting from Vancouver, British Columbia, and Verona, New Jersey, and they read about a brand new knitting store that opened in April 2009 in Bethlehem, The Knitter’s Edge. “Let’s take a ride,” they said and “The rest is history!” They met a teacher named Pat who Ilene now refers to as her “knitting angel:” her teacher and her mentor, who started Ilene on her knitting passion.

Ilene made several sweaters for herself and made gifts for family and friends such as scarves, hats, shawls, mittens and blankets and baby hand-knit items. She made a knitted sweater with two inches of a lace pattern down the front of the garment, her first and only lace experience, a more difficult project.

By this time, had she had lots of experience knitting. With her three daughters, Marla, Cori and Julie, coming up to marriageable age, Ilene thought about making a family heirloom. She had heard about a knitter knitting a special wedding canopy, or chuppah, and she thought about making one for her daughters. She found a pattern for a knitted lace chuppah cover on Ravelry.com and she decided to find out more about it.

Her daughter, Marla, was planning to marry Ryan and they set a wedding date for April 2016. So, on Aug. 15, 2015, less than a year earlier, Ilene went to visit Pat the knitting angel at Knitter’s Edge, who gave Ilene confidence and promised to be by her side through this pattern until the last stitch. Pat showed Ilene how to use a chart to work this pattern. And the project began.

She purchased 11 skeins of natural fingerling wool, undyed yarn and began knitting with the help of mentor Pat. She had to work with a chart to keep the pattern. And Ilene cast on eight stitches and started the project: she had to increase eight stitches every other row. By October 2015, Ilene was on row 130 with 524 stitches. Those of you who knit can appreciate having to knit one row with 524 stitches. First of all, there is the problem of counting stitches. Ilene cried when stitches fell off. Then there is the problem of having knitting needles that long. Ilene was able to use interchangeable needles that have an end that the next needle can be lengthened or snapped into the next part to accommodate these 524 stitches. To make it easier to count the stitches, she counted 10 stitches and then put a marker on the needle, so she didn’t have to count all the stitches at once and could keep a marker between every 10 stitches. At this point, Ilene was still enjoying the knitting, three months into the project and with the help of her knitting angel Pat.

By December, Ilene had 932 stitches on the needles and was knitting “at every free moment.” She was worried about running out of yarn. The measurement of the top of the chuppah is 75 inches square now and it has to be over 100 inches square when complete.

By March 9, 2016, Ilene had completed the knitting. The final row, number 314, counted out to 1,304 stitches! Now the 120 inch by 120 inch piece had to be blocked, which means flattened and shaped. JoAnne Turcotte, the owner of the Knitter’s Edge, assured Ilene that she would help her with the blocking. She volunteered her business floor for the project. JoAnne, Pat, Ilene, her youngest daughter, Julie and Edie Eckman, a well renowned knitting designer who was there teaching, helped the evening of the blocking. The chuppah was spread out on the floor for steaming and pressing into shape.

Ilene was grateful to all who helped her with this massive project including her inspiration, her three daughters.  She was grateful to Kat Coyle who designed the pattern for the lace chuppah, There was never a point where Ilene said she would not finish it.

She thanks the men who helped with the wooden structure of the chuppah. The wood 4 x 4s were purchased. Ryan, the bridegroom, sanded and stained with the help of Steve, the father of the bride, Troy, our “next groom in waiting,” Uncle Bob, Brad, Ilene’s nephew, and our friend Brian, who all helped with that on a weekend in December 2015. The base was constructed and put together and it stood up.

All was ready for the wedding of her daughter Marla and her beau, Ryan on April 16, 2016. The wedding was held at the Manor House at Prophecy Creek in Ambler. “It was a magnificent weekend and the chuppah was breathtaking,” confirms Ilene.

Then daughter Julie announced a wedding date of May 6, 2017. She was to marry Troy at The Glasbern Inn in Fogelsville, but the day came and it was very windy and rainy. No one wanted to have the beautiful chuppah ruined by the weather, so it wasn’t used. The wedding was beautiful.

The chuppah has been preserved and stored in an archives box waiting for daughter Cori or for the next niece or nephew or family member to get married to use the handmade chuppah heirloom.