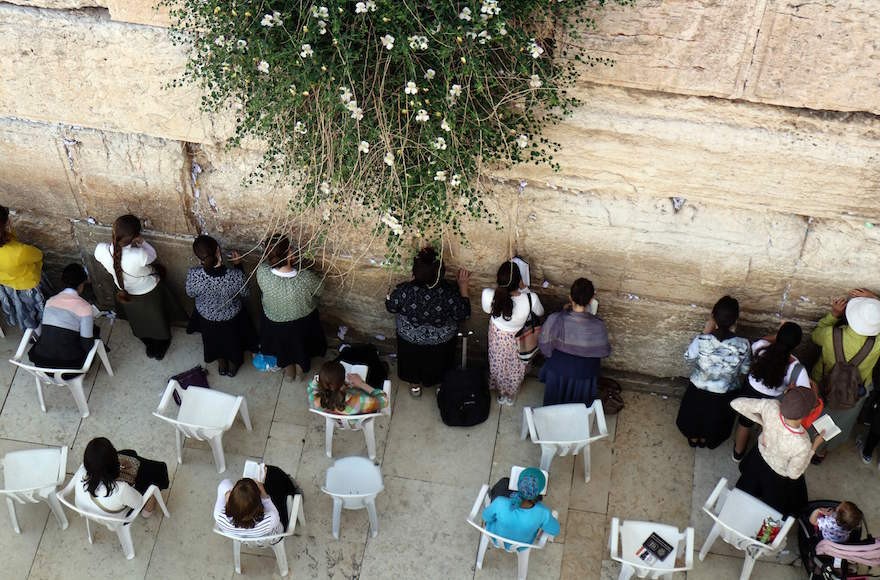 This report has been constructed with material from JTA.

On June 25, the Israeli government voted to suspend the historic decision reached last year to create an egalitarian prayer space at the Kotel (Western Wall). This decision has been heavily criticized abroad and protested in Israel, but as of the time of printing, there has been no conclusive decision.

The plan for an egalitarian prayer space came about in 2013, following a decades-long advocacy campaign led by Women of the Wall and supported by the Conservative and Reform movements. Israel’s Prime Minister Benjamin Netanyahu tasked Jewish Agency for Israel Chair Natan Sharansky with developing a compromise that would enable respectful accommodation of all recognized Jewish practice at the Kotel.

After several years of intense negotiations, a seemingly historic compromise was reached. The Jewish Federations played a central role in that effort, working with Reform and Conservative movements, the ultra-religious parties in Israel, The Jewish Agency for Israel, Women of the Wall, the rabbi of the Western Wall, and the Israeli government to reach an agreement.

As a result of the agreement, the Israeli Cabinet approved the proposal in January 2016 in a legally binding government resolution. Among other provisions, the Cabinet agreed to create a formal egalitarian prayer space as part of the overall Kotel area.

Beyond the success of the plan itself, many hoped that the groundbreaking agreement would have set a precedent, showing that compromise can be reached. The fact that so many disparate groups were able to reach an understanding was seen as a very positive sign. Nonetheless, the optimism proved to be short-lived, as implementation of the plan was halted due to pressure from the haredi Orthodox United Torah Judaism party and the Sephardi Orthodox Shas party, who pressured Netanyahu by threatening to leave the coalition government.

A number of petitions were filed in the Supreme Court on the issue. In September 2016, the Court strongly reprimanded the government for not implementing the deal. With a Court-established deadline of June 26, 2017, ultra-Orthodox groups intensified their efforts to block the deal. At the urging of ultra-Orthodox coalition partners threatening to withdraw from Netanyahu’s governing coalition, the government voted on June 25, 2017, to formally freeze the Kotel Resolution.

Netanyahu defended the decision, saying that he was working to ensure that Jews of all denominations would be welcome to pray at the Kotel. Other Israeli politicians disagree, including Defense Minister Avigdor Liberman, the head of the right-wing Yisrael Beiteinu party, who said in a statement that the freeze “constitutes a severe blow to the unity of the Jewish people, Jewish communities, and the fabric of relations between the State of Israel and the Jews of the Diaspora.”

Along with Israeli politicians and citizens, non-Orthodox and feminist Jewish groups around the world are highly disappointed with the decision. Reps. Eliot Engel, Nita Lowey and Jerry Nadler of New York and Rep. Ted Deutch of Florida made statements against the decision on behalf of their constituents. The Jewish Agency canceled a scheduled meeting with Netanyahu, and in their statement, explained that the agency “deplores” the freeze of the zone that would “establish the Kotel as a unifying symbol for Jews around the world, as stated: ‘One Wall for One People.’”

Rabbi Rick Jacobs, the head of the Union for Reform Judaism, also canceled a meeting, saying that “the decision cannot be seen as anything other than a betrayal, and I see no point to a meeting at this time … we feel that at this moment, after more than four years of negotiations, it is not clear that the current Israeli government honors its agreements.”

Jerry Silverman, the CEO of the Jewish Federations of North America, added, “It’s deeply troubling and very disappointing that they would suspend the implementation of this resolution. We are going to be assertive in asking what’s next.”

While government negotiations continue, the Women of the Wall have made it clear that they will not stop praying their own way. “Women of the Wall will continue to pray as we always have in the women’s section at the Western Wall, with a Torah scroll and prayer shawls, until women’s equality will be established at the Kotel,” said chairwoman Anat Hoffman. “Just like you wouldn’t ask a man to take off his kippah, don’t ask us to stop praying according to our conscience.”

The Jewish Federation of the Lehigh Valley echoed these sentiments in a statement. “While our support for and commitment to Israel remain steadfast, we nonetheless take serious issue with these actions by the government,” the statement said. “These actions will only deepen the already accelerating divide between Diaspora Jews and Israel, precisely at a time when Jewish unity has never been more important.

“We call on the government of Israel to immediately restore and move ahead with the Kotel agreement – a rare, unified compromise between all denominations that would be a landmark achievement for all Jews,” the statement continued.