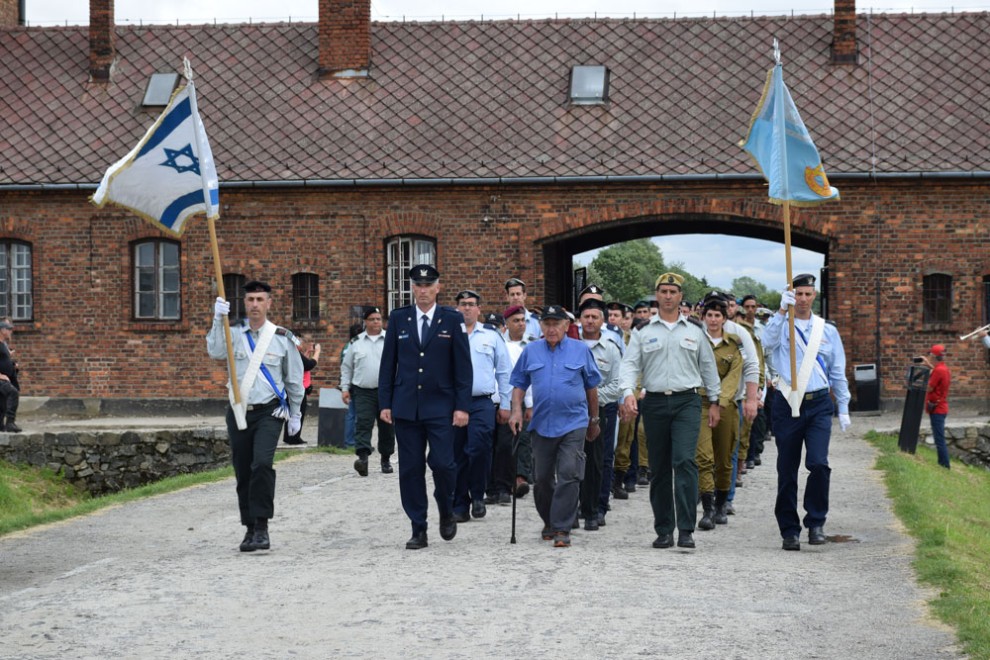 The first question I get about my recent trip to Poland is: why did we go? This is a difficult question to answer. Growing up in the post-Holocaust era, the mention of Poland immediately brought to mind images of death and destruction. The suffering in the ghettos and the indescribable horrors of the Nazi concentration and extermination camps filled my mind and the thought of going there filled me with fear. On the other hand, Poland was the center of Jewish life for almost 1,000 years. In fact, by the 16th century, 75 percent of the world's Jews lived in Poland. While anti-Semitism ebbed and flowed in the country during that time, overall, as a people, we thrived and Jewish culture achieved new heights during our time in Poland.

As we prepared to leave for Poland, I remained torn. I feared confronting the center of pure evil I knew I would see in the camps, but I also felt a need to witness it myself. With few remaining Holocaust survivors, it is more important than ever that we educate ourselves about the Holocaust. I also wanted to learn more about the highlights of the 1,000-year history of our people, which is often lost due to the tragic end to our history in Poland during the Shoah.

Poland remains a country which is struggling to understand its history. After World War II, Poland was Communist-controlled behind the Iron Curtain. As a result, Polish society never dealt with its own issues of anti-Semitism which led to complicity in the Holocaust. At times, I felt their resistance to dealing with their complicity in the Shoah was driven by their own sense of victimhood and fear that acknowledgement of complicity in the Holocaust would somehow diminish their own suffering. It is important to remember three million Poles were killed during WWII and the general public suffered significant hardship during their occupation by Germany.

While Poles fear a loss of recognition of their suffering, their suffering does not erase the anti-Semitism which existed in Poland. During the 1930s, there were boycotts of Jewish businesses. Quotas were placed to limit the number of Jews in the Universities and Jews were required to sit segregated on “ghetto benches” during lectures. During the war, Poles not only assisted the Germans, but committed crimes against Jews on their own. During the Jedwabne pogrom in 1941, Poles rounded up over 300 Jews, locked them in a barn, and burned them alive.

Conversely, there were many Poles who risked their lives to save Jews. Poland was the only country in occupied Europe where giving any assistance to a Jew resulted in immediate death to the helper and their entire family. It is estimated that up to 50,000 Poles were killed purely for assisting Jews. Poles also represent the largest group amongst the Righteous of the Nations at Yad Vashem.

Poland continues with this dichotomy today. Since liberation from Communism in 1983, there has been considerable advancement in Polish study of their relationship with the Jews and Polish status during the war. A testament to this is the Polin Museum of the History of the Polish Jews in Warsaw, which opened in 2014. This museum, which won the 2016 European Museum of the Year, masterfully traces Jewish history in Poland from our initial immigration to post-Holocaust Poland. On the other hand, the commemoration of the Jedwabne pogrom took place while I was in Poland. The president of Poland spoke but the mayor of Jedwabne refused to attend, saying it never happened. Likewise, the minister of education made a statement denying Polish involvement.

Traveling through Poland and studying Jewish history moved me between emotional highs and lows. Jewish migration to Poland peaked when we were expelled from Spain. The Polish king, hoping to develop his relatively poor country, welcomed the Jews and granted them full protection and rights under his crown. We were permitted to own land and granted freedom of worship. I reveled at the thought of what life was like at one time in the thriving Jewish quarter in Krakow, complete with shops, synagogues and yeshivas. After visiting the Historical Society in Warsaw, I was able to locate my grandfather's grandfather’s grave in the Jewish Cemetery cementing my personal connection to Poland.

Other times were more difficult. I trembled in the crematorium at Majdanek, where the German officer in charge would bathe while watching the bodies being loaded into the ovens. The most powerful moment for me was when an IDF unit, with the Israeli flag held high, marched into Auschwitz-Birkenau. The column was led by a Holocaust survivor and followed by a soldier carrying a Torah. I could not hold back the tears. I could only think how things might have been different if that IDF unit had existed 70 years ago.

I was surprised to learn that there is an active Jewish community in Poland. While I was there, the Chief Rabbi of Poland proclaimed Poland to be the best country in Europe for Jews. Warsaw has active synagogues, a JCC and a Jewish day school. Even the Yiddish theater is well attended. Likewise in Krakow, the synagogues are active. We met the director of the Krakow JCC and learned about the incredible work they are doing. Every day someone comes to the JCC having learned from an aging parent or grandparent, often on their deathbed, that they are in fact Jewish and were hidden during the war. Their first question is usually “what does this mean?” The JCC is there to assist them during this incredible awakening and helps them learn about their heritage and introduce them to living as a Jew today.

Despite the enormity of all I experienced in Poland, I was able to leave a bit uplifted by the light of the growing Jewish community in Poland today. While I still struggle to understand the meaning of all that I saw, I am clearly richer for the experience.