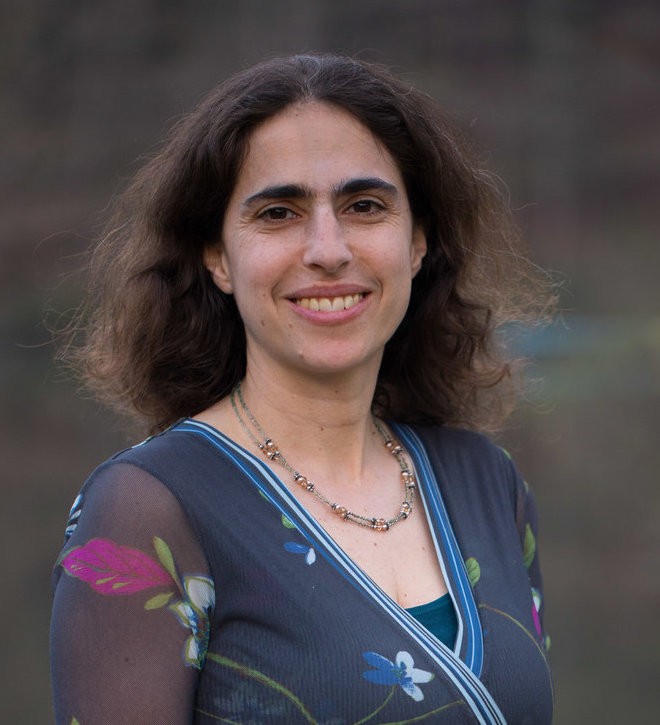 Editor’s Note: This piece is written by Rabbi Malkah Binah Klein, who was known as “Melissa” during her time as the spiritual leader of Congregation Am Haskalah from 2002 to 2009. She was very involved in the local Jewish community and served as the chair of the Lehigh Valley Jewish Clergy Group. She now lives in Philadelphia, but was in Charlottesville during the violent protests. She plans to do some teaching in Allentown this year. Learn more at her website, www.thrivingspirit.org.

I spent this past Shabbat in Charlottesville with a small group of rabbis as part of a delegation from T’ruah: The Rabbinic Call for Human Rights. The rabbis and other spiritual leaders who went to Charlottesville fulfilled many roles, some on the front lines of the protests, some as witnesses, and some as protectors and nurturers. There is much for us to learn from being present.

I felt called to play a support role. One aspect was to be present with the local Jewish community. The synagogue is very close to the park where much of the action was happening, and we could see small groups of neo-Nazis walking by after our morning service on Saturday. After services, congregants arranged for the Torahs, the precious holy scrolls upon which the five books of Moses are handwritten in Hebrew, to be stored safely outside the synagogue before locking up the building. A member of the congregation said, “a building can be rebuilt. The Torahs are irreplaceable." Among the treasured Torahs put away for safekeeping was one rescued during the Holocaust.

After services, my local host and I were attempting to walk over to a café where many of the visiting clergy were gathered; however, the timing was such that we could not cross the street and rather witnessed a parade of various groups of white supremacists, primarily younger men, marching down the street after their rally had been declared unlawful. I saw medics leading journalists who had been pepper-sprayed to the medic tent at the church that had been set up as a safe space. I saw groups of counter-protestors marching down the perpendicular street to face the white supremacists, and I even saw an older white woman in a tie-dyed shirt with the word “love” printed on it, standing right in the middle of the street they were marching through. I left the area when mace was set off in the midst of the protesters, I’m not sure by whom.

We then went to the safe church, where those who had come in the name of justice, kindness and love could rest and get care as needed. Over the course of the afternoon, there were times when the church went on lock-down because there was concern about violence in the immediate area. There were also times when the clergy was asked to come outside and hold the space, for fear of who might be coming up the street.

We have a tradition to chant a passage from the prophets each week at synagogue (the haftarah). This past week’s haftarah includes the following verse (Isaiah 50:11): “All of you who light fires and provide yourselves with flaming torches, go, walk in the light of your fires and of the torches you have set ablaze. This is what you shall receive from My hand: you will lie down in torment.” The prayer that flowed through me sitting in synagogue in the center of Charlottesville on Shabbat morning is that the flames of hate burning in these young men take the natural course of a fire, which is to burn themselves out. Fires can cause damage while they are burning, and our work is twofold: to protect those vulnerable to flames and to not further feed the flames.

How we do this work of facing the flames of hate is worthy of much discussion within and between our communities at this critical time in our world’s history. We must resist the forces that work to separate us. We must limit our consumption of news that is designed to get us worked up without giving us direction, and rather find channels to become knowledgeable and engaged as we work to protect our country.

My role in Charlottesville was to be a witness, a nurturer and a keeper of the spiritual center. I pray for each of us to find our voice and our special role in these times of transformation.

I shared these words at a candlelight vigil in the Roxborough neighborhood of Philadelphia Sunday night. We ended with a chant from Psalm 23, shavti b’veit adonai, which literally means, “May I dwell in the house of God.” I understand this to mean, “May I know the deep abiding truth of our interconnectedness.” The chant is composed by my teacher, Rabbi Shefa Gold, and includes the English interpretation, “I place myself in your care.