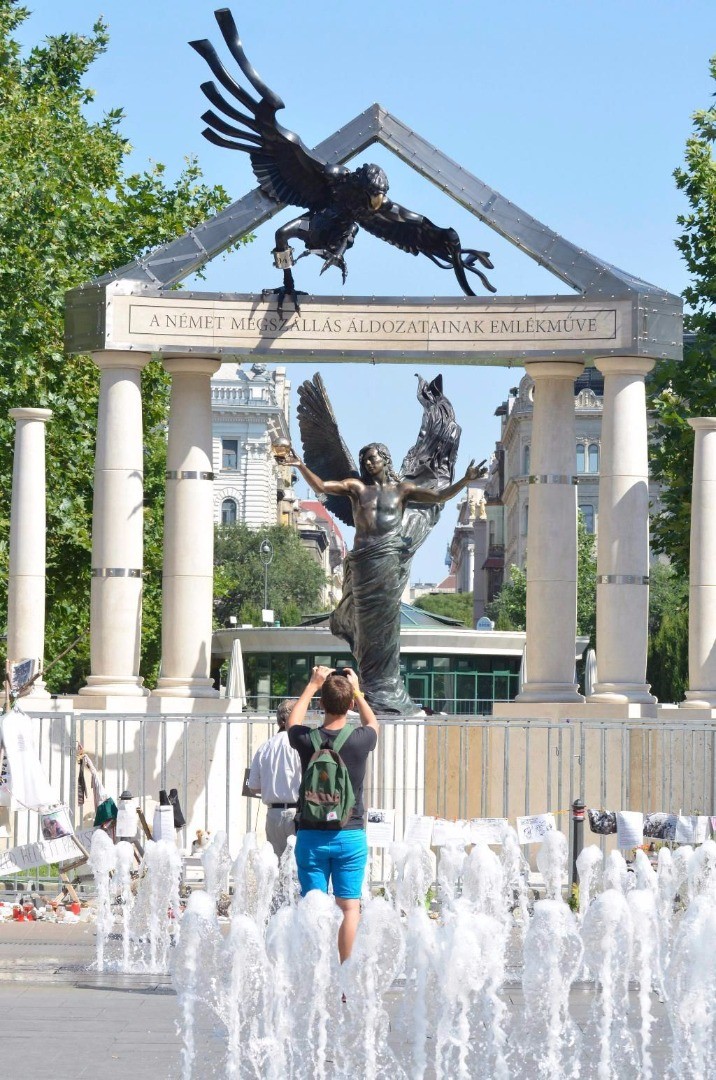 Editor’s Note: This story is the last in a four-part series by Noah, who recently studied in Europe and who seeks “to see the world become a place where all can live together in peace.”

My program brought me to Budapest, Hungary, the site of the largest synagogue in Europe and the former site of one of the world’s largest Jewish communities. The Jewry of Hungary was decimated by the Holocaust, but Nazism was not the only cause of strife in this community. The Arrow Cross, a fascist Catholic political party that was in power in Hungary through most of the 1930s and the early 1940s, had been putting Nazi-esque laws into place for years. Our guide for the Jewish museum taught us about the inhuman manner in which the Arrow Cross essentially outlawed Judaism in the city under pain of death. So many thousands of innocent souls were silenced – shot into the River Danube. When the Nazis finally did occupy Hungary, they were swift and efficient in ways even the Arrow Cross could not have imagined. In only one year of occupation nearly all of the Jews of Budapest and greater Hungary were gassed in Auschwitz. Since those dark days, the Jewish community has revived itself to an extent, and there remain 15 active synagogues in Budapest today.

Though physical safety is not as much an issue for Jews in Hungary anymore, anti-Semitism is far from absent from Hungarian society. Initially, due to the Communist repression, education on anything other than the “Hungarian” story of WWII was censored. It was not until the fall of communism in 1989 that Hungarians could begin an honest discourse on what had happened to the Jews, Roma and all those communities affected by Hitler’s regime. Textbooks were filled with either a complete lack of information about Hungarian Jews or often misinformation about the conditions under which they lived. This is slowly changing, and I was lucky enough to be able to meet and talk with a woman who is making that change happen.

We met with the chairwoman of the Zachor foundation, an NGO founded in 2007 with the goal of transforming Hungarian Holocaust education, as well as education on genocide in the country in general. Zachor runs workshops with teachers – providing updated texts and other materials for their use – and its programs target high school and college-aged students. Some of their teachers are actually students themselves and work as guides giving classes tours of the Jewish areas of Budapest. The work that they are doing thus far has been largely successful and is critical to the remembrance of Hungarian Jewish history.

Although Zachor is doing great work with its teachers and students, not everyone in Hungary is so open-minded – particularly not in the government. After conversations with our tour guide in the Jewish quarter, some Jewish studies students working toward their masters’ degrees at Central European University, and a professor of Jewish history, we learned of some troubling developments in Hungary with regard to anti-Semitism. The current regime in Hungary is very right-wing, and the prime minister, Viktor Orban, is set on the revival of strong Hungarian nationalism. My sources all corroborated each other’s stories: anti-Semitism, sometimes wearing the garb of anti-Zionism but often not hiding itself at all, has once again become a tool for legitimate political discourse. Though often referred to in euphemistic terms such as “foreigners,” the Jews of Hungary are in many ways being disregarded and disrespected by the Hungarian Parliament.

The most obvious and glaring example is not a quotation or legal declaration but a work of art. In one of the main squares of Budapest, just behind the largest Catholic church in the country, St. Stephen’s Basilica, is the Memorial to the Victims of the German Occupation. The memorial depicts Gabriel the Archangel, one of the most commonly used symbols for the Hungarian people, holding the golden orb which represents Hungarian political power. Above the angel is perched the huge and imposing Nazi eagle, claws outstretched to snatch the orb out of Gabriel’s hand. The purpose of this sculpture is simple: to remove the burden of guilt from Hungarians, leaving all of the responsibility for what happened to minority communities in Hungary with the German military machine. The blatant disregard for the true history of the era and the atrocities committed by the Hungarian government all fall perfectly into Orban’s political ideology. Even though many urged him not to, he ordered the memorial’s construction as one of his very first acts as prime minister. In front of the memorial there stand dozens of pictures, flyers and posters in protest, and there are regular demonstrations against it which take place in the square. Personally, I found it to be one of the most viscerally outrageous things I have ever seen. I was affected by this memorial to the point of feeling almost personally insulted.

This article is only one small documentation of a larger conversation which needs to be shared throughout Diasporic Jewish communities. Growing anti-Semitism is a real threat, and though not everyone in the world hates Jews, to paraphrase Dr. King, hatred anywhere is a threat to co-existence everywhere. Though what I have learned is certainly troubling, I will try to stay focused on the optimism I met in Krakow, and can rest easy knowing that all that I have learned has only served to strengthen both my connection to my Jewish identity and my resolve to see the world become a place where all can live together in peace.

Noah Diamondstein is a religious studies major at the University of Pittsburgh with a concentration in Jewish studies. He just completed his fall semester abroad in Prague, Czech Republic, attending the CET Academic Program with a focus on Judaic studies and will graduate in April. Noah will begin his studies at the Hebrew Union College-Jewish Institute of Religion pursuing a career in the rabbinate.