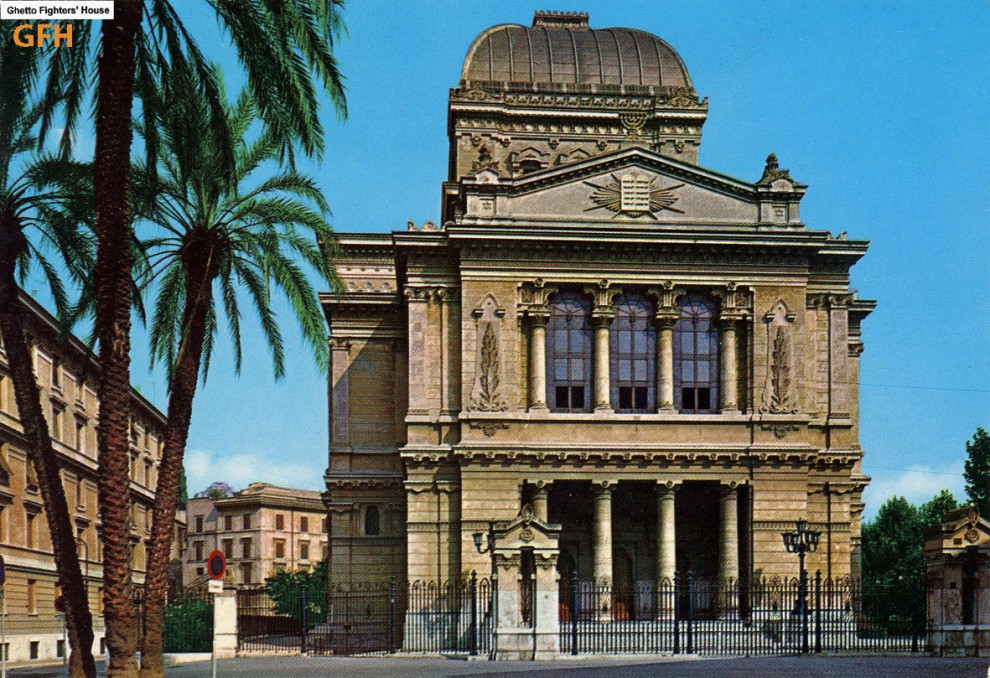 Editor’s Note: Many European communities observe Holocaust Remembrance Day on Jan. 27, the anniversary of the liberation of Auschwitz, which occurred 70 years ago. This story is the second in a four-part series by Noah, who recently studied in Europe and who seeks “to see the world become a place where all can live together in peace.”

A week after I returned to Prague from Vienna, I packed my bags again and left for Rome, Italy. Though I knew of anti-Semitism bubbling under the surface in Italy, I had limited accounts of the actual experience of Roman Jewry.

On my first day in Rome I was given an excellent tour of the former Jewish ghetto and Jewish Museum/Great Synagogue of Rome. My guide told me of Roman Jewry’s over 2,000-year-old history beginning in the times of Judah Maccabee. As we sat in the awe-inspiring sanctuary of the Great Synagogue, she told me of the long, tumultuous history of the relationship between the Vatican and the Jews of Rome all the way up to the present day.

The dehumanization of Roman Jews had begun centuries ago, with the Vatican’s imprisonment of the Jews in the Ghetto. Between 2,000 and 10,000 Jews (depending on the time) were forced to live in an area no larger than three square blocks, in tenement buildings with low ceilings, completely shut out from the outside world for over 300 years.

Our discussion of the almost complete destruction of the community by National Socialism in the 1940s prompted me to ask about the current state of anti-Semitism in Rome and Italy. My guide’s response startled me to say the least. She told me that until a few months prior to my visit she would have said that there is none, or at least no more than any other place. This all changed after the kidnappings of the three Israeli teens and the ensuing operations in Gaza. The Jewish community held a rally for solidarity outside of the Jewish school located at the heart of the Roman Jewish quarter, and that same night Rome saw what my guide referred to as their “own little Kristallnacht.” Stores and homes had their windows smashed in; doors and windows were painted with swastikas. There were even flyers posted around several neighborhoods in Rome denoting which businesses were known to be Jewish-owned, urging readers to boycott these businesses because their owners were proponents of “the Israeli-Palestinian genocide.”

My guide lamented, “We were shocked. It was never more clear to me that anti-Zionism had become a cover for real, volatile anti-Semitism.”

I tried my best to enjoy the rest of my weekend in Rome, but as I walked through the halls of the Vatican, I could not help but think of the history within the former ghetto walls, and worry for the future of Jewish life in a city where some gentile citizens have the propensity for such hostility.

Noah Diamondstein is a religious studies major at the University of Pittsburgh with a concentration in Jewish studies. He just completed his fall semester abroad in Prague, Czech Republic, attending the CET Academic Program with a focus on Judaic studies and will graduate in April. Noah will begin his studies at the Hebrew Union College-Jewish Institute of Religion pursuing a career in the rabbinate. The next in Noah’s series of reports on European Jewry will appear in the March edition of HAKOL.