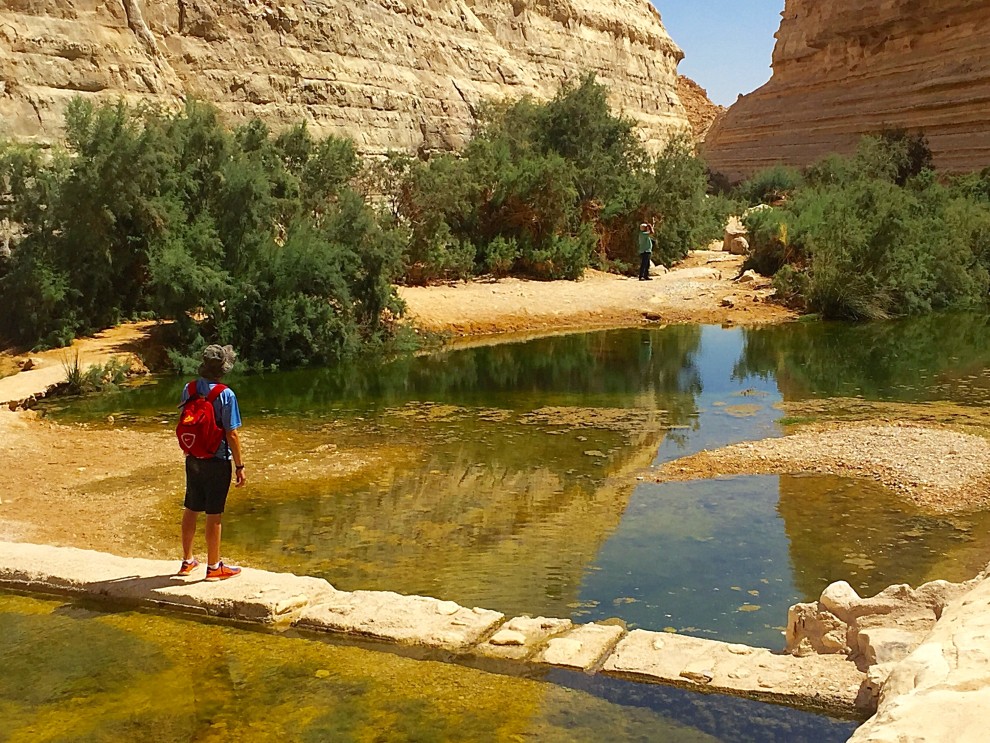 Growing up, I was completely surrounded by Judaism. I attended our JCC preschool and day camp. I attended the Jewish Day School and Beth El religious school. I became a Bar Mitzvah and joined local Jewish youth groups. I attended the AIPAC Policy Conference in Washington. I am the incoming president of the Jewish Heritage Club at Moravian Academy. There were many parts of my religion that I enjoyed.

Despite my involvement, I have to admit that I didn't really understand my commitment.

I was always asking myself – and later my parents and grandparents – why I needed to be associated with Israel or the Jewish people. I was content with my ignorance. I began planning my life and dreaming about my future without religion as a strong component.

The place that has always connected me to Judaism is Pinemere Camp. I just completed my ninth summer at Pinemere. It is a peaceful place where I can truly enjoy the simple things in life. Over the years, I have had the opportunity to bond with Israeli counselors, participate in Shabbat services and complete Jewish programming. However, entering this summer, I had mixed feelings. I was actually disappointed that for more than half of my summer experience, I was going to be away from the camp and instead traveling to Israel.

It was a wet Thursday morning when our group boarded the bus in the Poconos and headed to Newark Airport. Although we had discussed the upcoming trip at length, I was filled with questions. What makes this place so great? Why do I have to be involved?  After watching the news with a newfound interest over the prior few months, I was concerned about being in the Middle East and being so far away from my family.

After a lengthy flight, I finally arrived in the place that I had been hearing about my whole life. When I stepped off the plane, my entire perspective changed. As I took in my first breath of Israeli air, I could feel the presence of my fellow Jewish people. We began our travels, and, over the next 30 days, we went from Eilat to the Golan and the Galilee, visited Haifa, Jerusalem, Tel Aviv, Netanya and many cities in between, and joined with other American and Israeli teens to assist with community projects and enjoy Israeli cultural events.

I met young soldiers – some only two years older than me – who fight to preserve this magical land. As the strength and power of this place captivated me, I felt so connected. Every step I took, every place I visited, I thought about my ancestors and my history. I felt at home.  Whether walking through busy Ben Yehuda Street in Jerusalem, hiking the deserts of Eilat, climbing the mountains of Haifa, or sleeping in Bedouin tents, we were bombarded with lectures and participated in debates, and I became deeply involved in each and every experience.

As we discussed the geopolitical landscape, I found myself frustrated with Israel's heroic attempts for peace with its bloodthirsty neighbors. I discussed with our guides the extent to which my Israeli brothers and sisters work to keep the country and their families safe, and I felt disgusted. At one point, as we visited the security fence near Jerusalem, we heard from both proponents and opponents of the security precautions enacted by the Israelis. We walked slowly back to our bus, and I asked the young Israeli solider traveling with us, Sraya, for his thoughts. He told me he supported the security fence. When I asked him why, he answered, "I am alive because of it."

Our trip ended with a talk from a “Stand With Us” representative, who explained what we could do to help at home. It was at this point that it all came together for me: my Jewish youth, my formal Jewish education and the culmination of my Pinemere experience with the trip to Israel. There are always, ALWAYS, people trying to destroy us – the Romans, the Greeks, the Nazis and, now, Islamic terrorists.  But where is the Roman Empire now?  Gone. The Greeks? Diminished. What about the Nazis? Eliminated. What about the Jews? We are still here, and we aren't going anywhere. No matter the odds, no matter the enemy, we will survive. And, after visiting Israel, I see that we don't only survive, but we are thriving!

This trip has had such a positive impact on me. Although I had heard about Israel for my entire life, visiting Israel is the only way you can fully understand it and feel its power.  So, if you are contemplating a trip to Israel, GO. GO NOW. I promise that it will change your life. It will make you a better Jew. It will make you a better person. You will not regret it. Am Yisrael Chai!

Pinemere Camp is a regional Jewish overnight camp affiliated with the Jewish Community Centers of America (JCCA) and the Lehigh Valley JCC.  The camp, which has been located in Bartonsville, Pennsylvania, for nearly 75 years, sends its 16-year-old counselors-in-training to Israel for a four week summer trip through a program created by the JCCA, together with other JCCA overnight camps.

More than 20 Pinemere teenagers traveled this summer with Camp Livingston, a JCC camp in southeastern Indiana. The Pinemere group also combined with other JCCA camps for different Shabbat and Havdallah services and events and for community service programs while in Israel.