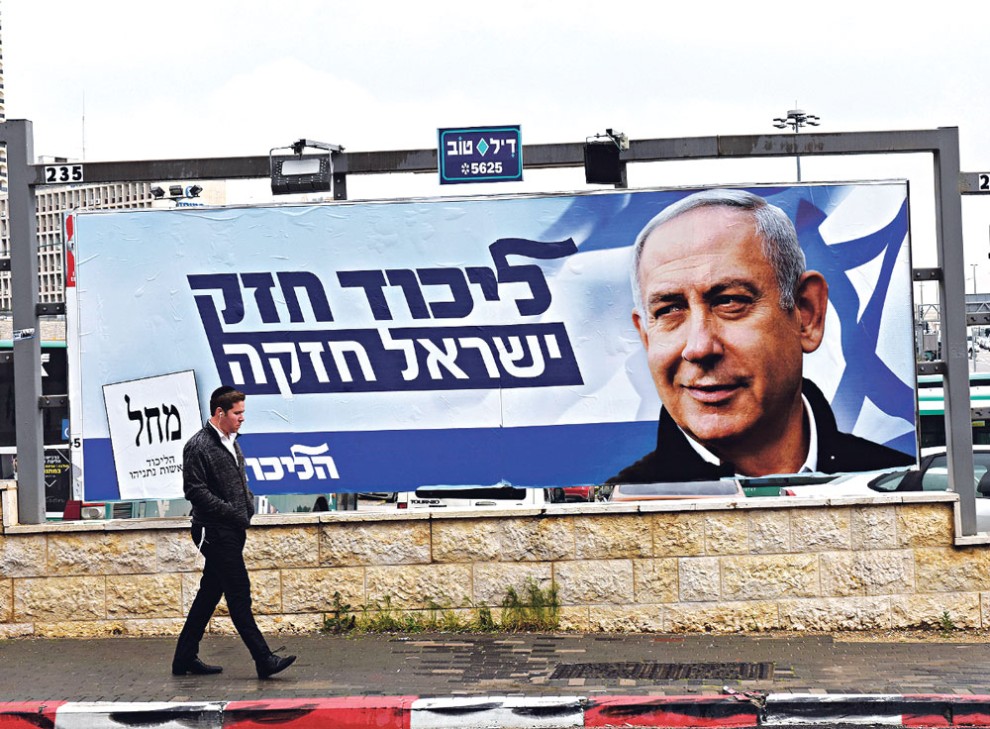 It might be getting cooler, but the temperatures in Israel are high! It’s election season again, and things are getting hot.

In the 71 years of our independence, we have witnessed a lot of political drama, “Israeli style.” Drama that is caused by issues from within and without by having such a diverse population culturally, ideologically and religiously, and as a result of the many security issues, state and religious issues, political scandals, powerful personalities, the economy and tensions between left and right, orthodox and secular, Arab parties and right-wing parties and many, many more.

Setting aside the drama of the past, it feels like this year really has outdone itself. In all my almost 27 years in this world, I don’t remember such a heated round of elections that is keeping us all at the edge of our seats, frustrated and confused. These past few months, I find myself having trouble keeping up with the quick changes that have been happening in Israeli politics this past year. I read the news when I wake up, and by the time I go to sleep, what I read in the morning is already irrelevant. New parties are forming, parties are merging with one another, other parties are falling apart. New personalities have joined the political game, as well as old ones returning to Israeli politics, while other long-time established politicians resign. It truly is very dynamic.

So, what exactly is going on? Why are we going to another round of elections this September, just five months after the previous one?

Well, exactly one month after the 21st Knesset was sworn in, on May 30, 2019, 74 out of 120 Knesset members determined that Israel will go to re-elections on Sept. 17. That is because the MK (Benjamin Netanyahu) who was given the mandate to form a government failed in his task. In early April, Netanyahu got 35 Knesset seats from the elections that were supposed to send him to an unprecedented 11th consecutive year as Israel’s prime minister.

Liberman refused to join the government as he claimed that “Netanyahu is surrendering to the Ultra-Orthodox parties.” The main issue was a piece of legislation that would draft the Ultra-Orthodox into the IDF. Both Liberman and the Ultra-Orthodox were not willing to find a compromise. An Ultra-Orthodox draft was always a “hot issue” in Israeli politics. And with having traditions pushed aside, such as not passing the task on to a next candidate to form a government, a majority of the Knesset voted to disperse and initiate an unprecedented re-election.

Israelis are going back to the polls on Sept. 17. It is the first time in Israel’s history that there will be two elections in one year. No one believed that the Knesset would end after only 30 days.

Many Israelis feel frustrated and upset, as do I. Election day in Israel is a national holiday, and the government will lose almost $2 billion. Israel has not had a functioning government since December 2018 and won’t have one until this November. This is impacting areas in Israel such as defense, the health system and the budget.

Benjamin Netanyahu has broken David Ben Gurion’s record and became the longest serving Israeli PM in history at 13 and a half years. Netanyahu was first elected in 1996. In 1999, he lost the elections to Ehud Barak (who as of the last few months is back in politics running in a newly formed/merged left-wing party “The Democratic Union”). Netanyahu was re-elected in 2009 and has won every election since. Will he win again? Many predict he will.

After refusing to join a coalition led by Netanyahu, Avigdor Lieberman’s new slogan is “make Israel normal again” and he is criticizing Netanyahu for “being controlled by the ultra-orthodox parties.” In response, Netanyahu is trying to damage Liberman’s electoral base —the Israeli-Russian community. In the early 90s, almost two million Russian Jews left the Soviet Union and immigrated to Israel. Since then, the Israeli Russian communities have helped the right-wing block win seven out of the eight elections over the last two decades.

After not passing the threshold in the previous elections, Ayelet Shaked is back in the game. Not only is she back, but she has now become the leader of the right-wing alliance of the religious parties (after splitting up and running separately in the previous elections). Shaked is a secular, right-wing politician who served as the Minister of Justice for the last four years. She is the only female party leader running in the upcoming elections.

The Blue and White party, led by former chief of staff Benny Gantz, won the most votes after the Likud party in the previous elections. Will they get that many votes again? We will have to wait and see.

Reunited again are the Arab parties. After sinking to an almost record low due to splitting up the previous round of elections, the Arab parties are running these elections in a joint list and are hoping to get more votes.

So, what is going to happen on Sept. 17 and in the weeks after? Honestly, it is hard to predict. But, if you want to find out more about Israeli politics and these upcoming elections and all the runners up, come join me on Sept. 15 for a light brunch as I try to simplify the Israeli elections. Stay tuned!