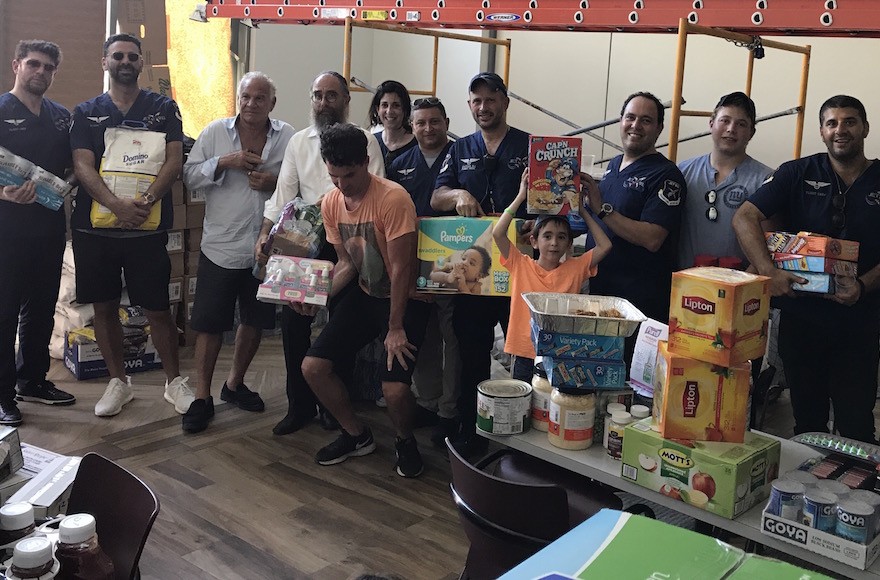 This report was constructed with materials from JTA.

Hurricane Maria hit Puerto Rico on Sept. 20 after causing widespread destruction on the Caribbean island nation of Dominica. Leaders of the Jewish community said there was no choice but to cancel the Rosh Hashanah services, as strong winds ripped trees out of the ground, tearing down power lines.

The storm created what aid workers and residents described as a post-apocalyptic scenario: power was out for much of the island, cellphone service was hard to find, gas was even more scarce and food supplies were dwindling. Roads were crumbling. Hospitals were on the brink.

Puerto Rico’s Jewish community of 1,500, living mostly in San Juan, has largely been spared the worst of the damage, said Diego Mendelbaum, community director at the San Juan Jewish Community Center, which shares space with a Conservative synagogue. The city is also home to a Reform synagogue and a Chabad.

The JCC’s fence and two of its gates were knocked down and its roof sustained damage, but it fared much better than synagogues in Houston, which were ruined by Hurricane Harvey.

Mendelbaum said the Jews’ homes — like those of their San Juan neighbors — avoided destruction because their buildings are built with concrete and other reinforced materials. But the community is still suffering, he said, from the same lack of power, fuel and infrastructure as the entire island. Mendelbaum said it could take 14 hours to get gas and six hours waiting in “eternal lines” to buy food at one of the few functioning supermarkets.

“Everyone has difficult problems here,” he said. “There’s other people whose buildings don’t have a power generator, or they did have a generator but it broke. Other people have to go up and down stairs and can’t do it. People are trying to leave the island.”

With the Jewish community’s buildings intact and population healthy, its members turned to helping more vulnerable neighbors. The JCC had collected supplies to help the Virgin Islands recover from the impact of Hurricane Irma. It distributed the surplus among shelters in San Juan.

Aid also poured in from Jews outside the islands. The Jewish Federations approved over $225,000 in grant money to directly aid synagogue communities, ship containers with $200,000 worth of donated medical, emergency and construction supplies to Puerto Rico and St. Thomas through Afya Foundation, and support IsrAID’s deployment on Puerto Rico.

More than 200 generators have been delivered for the community’s needs (100 each to Puerto Rico and St. Thomas; 12 to the Keys).

The Federation was also working to coordinate moving 80,000 pounds of donated food and other urgent supplies to the island.

The Jewish Federations have also continued to work with the Houston Jewish community on the massive impact of Hurricane Harvey on their community, and with communities across Florida to assess needs from Hurricane Irma. The Federation’s overseas partner, the American Jewish Joint Distribution Committee, is actively working in Mexico following the earthquakes there, and in other island nations affected by hurricanes.