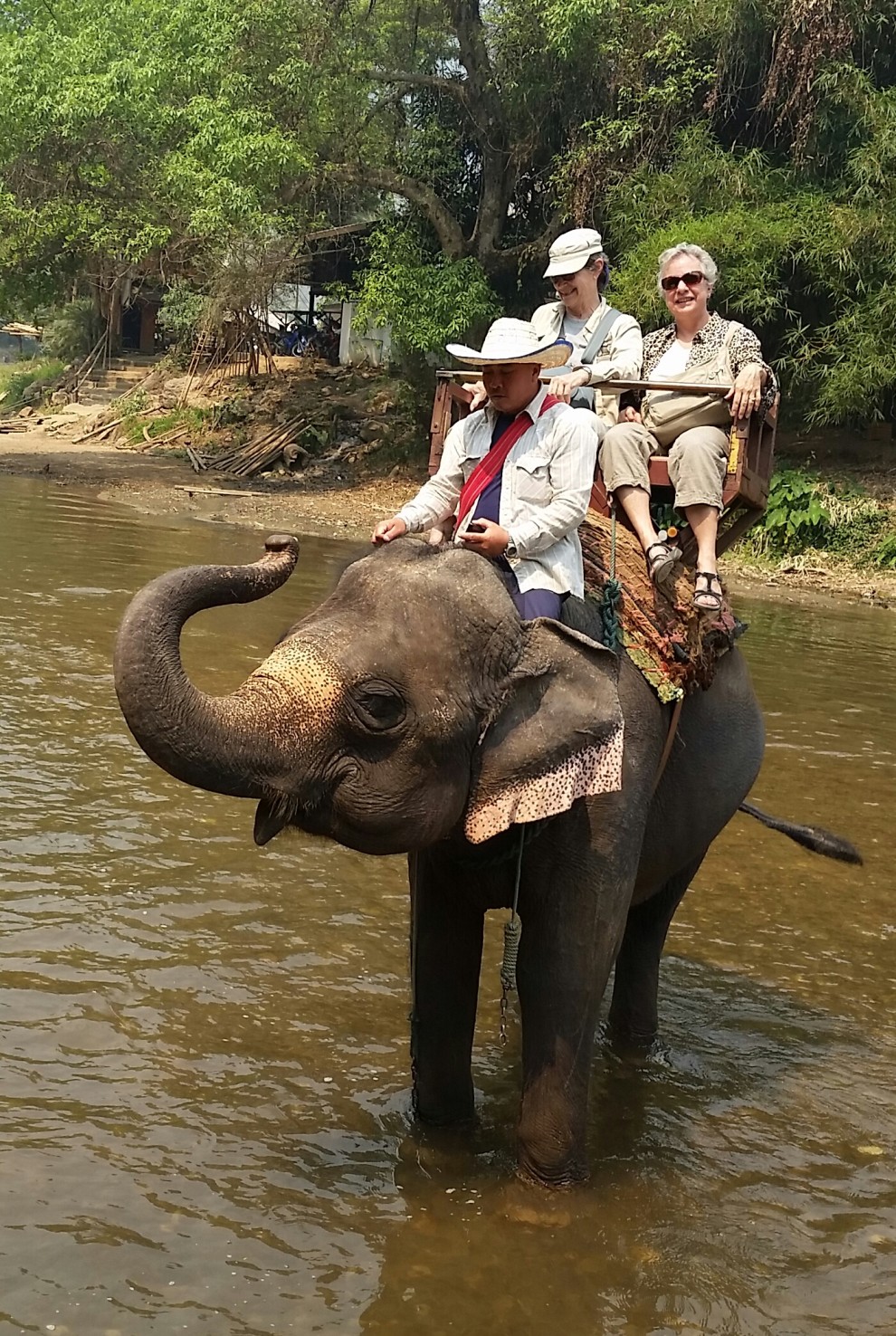 By Judith Rodwin
Special to HAKOL

I travel for various reasons: fun, curiosity about life on this earth, to experience and understand through wide-opened eyes and first-hand experience as well as the possibility of encountering the unexpected. This was my first visit to Asia, so I was not surprised to find the trip filled with all of that.

As an American Jewish traveler in this Asian country I was acutely aware that Buddhism, the religion practiced by 95% of Thailand, colors everything in the country. There are minority populations of Muslims, Christians, Hindus, Sikhs, and, yes, Jews. Except for the Muslims who have a visible and political presence in the south, Buddhism dominates.

It is obvious in the presence of wats (temples), public and personal shrines, monks and most especially the art and architecture of the country. There is pervasive awareness of ancestors, deeds and longevity. Our guide put it this way: imagine that you are a vessel. Good deeds add water to the vessel. Bad deeds add salt. You cannot ask for forgiveness for those deeds since they have become a part of you, but you can dilute them by adding more water (good deeds) to yourself. So, people move ahead with their lives by evolving through good works. It makes one think.

Spanish missionaries arrived in Ayutthaya, the capital of “Sukhotai,” in early 1600. There they found Jewish merchants and a synagogue. The kingdom relocated to the safer, more fertile central area around a new capital, Bangkok, sometime in the 18th century. The few Jews eventually followed. A small number of Russian and German Jews arrived in “Siam” between WWI and WWII. During WWII, there were about 150 Jews among the captives at the Kanchanburi POW camp, the site of the movie, “Bridge on the River Kwai.” The infamous bridge still stands and travelers, like my group, can walk through Hellfire Pass where slave labor built the railroad to Burma for the Japanese occupiers.

These days most of the Jews living in Thailand are business people engaged in the gem and jewelry, high-tech or furniture businesses and retirees. The Thai and Israeli governments maintain an active exchange of business and education. Agronomy and water are priorities for both countries and both have benefited from working together.

My tour group was in Bangkok during Purim. Those of us who are Jewish wanted to celebrate. We found out that everyone, including the three Bangkok synagogues, would be at their annual Community Chabad Purim Party so off we went. About 400 people, most of them local residents, many of them kids, plus Israeli backpackers were there. There was live music, a plentiful kosher dinner buffet, costumes, liquor and hamentashen. One of our group had planned ahead and had brought glittery masks for us. There we were, at a party of the mishpucha in a very foreign climate.

The only kosher restaurants in Thailand are in the Chabad houses in Bangkok and Chang Mai, but it was easy to get vegetarian meals. That said, food is a big part of international travel and nowhere more so than in Thailand. Street food is famous, plentiful, fascinating and delicious. The grilled fish was fabulous. There were fried vegetable fitters, roti with bananas and chocolate, spiced rice steamed in banana leaves and the option of scorpion and tarantula (non-kosher).

Thailand was a thought-provoking, beautiful and comfortable, and tasty, country to experience. I highly recommend it.