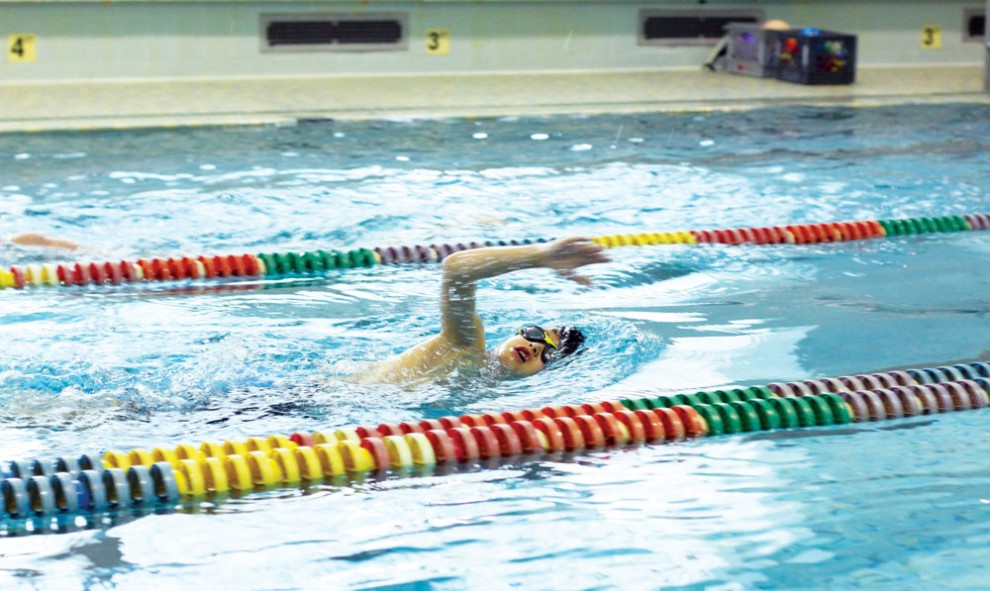 At the Jewish Community Center of the Lehigh Valley, there is a dedicated group of young athletes splashing in and out of the pool all winter long. The JSeals swim team is an opportunity for children ages 6 through 16 (divided into a junior and a senior team based on skill) to not only improve their competitive swimming skills but also to enjoy the camaraderie that only being part of a team can provide.

“Our unique swim clinics offer just the right blend of stroke training and endurance training. Our goal is for each participant to become more confident in his or her ability and really to make people better swimmers and better human beings,” said Jodi Lovenwirth, JCC aquatics director. “We teach sportsmanship and teamwork.”

Most of all, though, swim team is fun.

“My daughter finds the camaraderie amongst her teammates the most fun part of it, but she has definitely made huge progress already. Last year, she’d have to stop and rest along the wall, and now she’s got some strength and can swim 50 meters and is working on her strokes. I’ve seen such a huge difference and improvement in just one year,” said Samantha Ammer, parent of a young swimmer.

The Lehigh Valley is part of the MidAtlantic JCC Swim League, competing with teams from Delaware, Harrisburg and Cherry Hill throughout the season, which culminates in championships. But JSeals is about so much more than just competition.

“The team is such a jewel in the JCC’s cap because of the friendships and the lasting love for swimming that are found by our kids,” said Jodi Lovenwirth, JCC aquatics director.

Reflecting on one pair of girls who live 45 minutes apart but now beg their parents to bring them to swim team because they had become such good friends, Lovenwirth remarked that such stories of friendship among her team “really, really warm her heart.”

There are four practice times a week, though swimmers, especially on the junior team, are not expected to make each one. In addition to practices and meets, three fun events are put on throughout the season: an annual Chanukah party, an annual Dip & Disco fundraiser and an end of the season sports award celebration.

Lovenwirth has been on staff at the JCC for over 14 years in various roles, from teaching preschool and working at Camp JCC to now coaching the swim team and heading up aquatics. All three of her children learned to swim at the JCC and participated on the swim team. She is an American Red Cross Certified Lifeguard, Lifeguard Instructor, Water Safety Instructor and CPR/First Aid Instructor.

She is joined on the pool deck by JSeals’ new assistant coach, Olivia Lopez, who is a graduate student at Cedar Crest College and has been a swimmer her whole life.

Overall, “the team is geared toward developing a healthy attitude toward competition and sportsmanship by avoiding a self-centered approach in favor of a team effort,” said Lovenwirth.

To learn more about the JSeals swim team, contact Jodi Lovenwirth at 610-435-3571 or visit www.lvjcc.org.