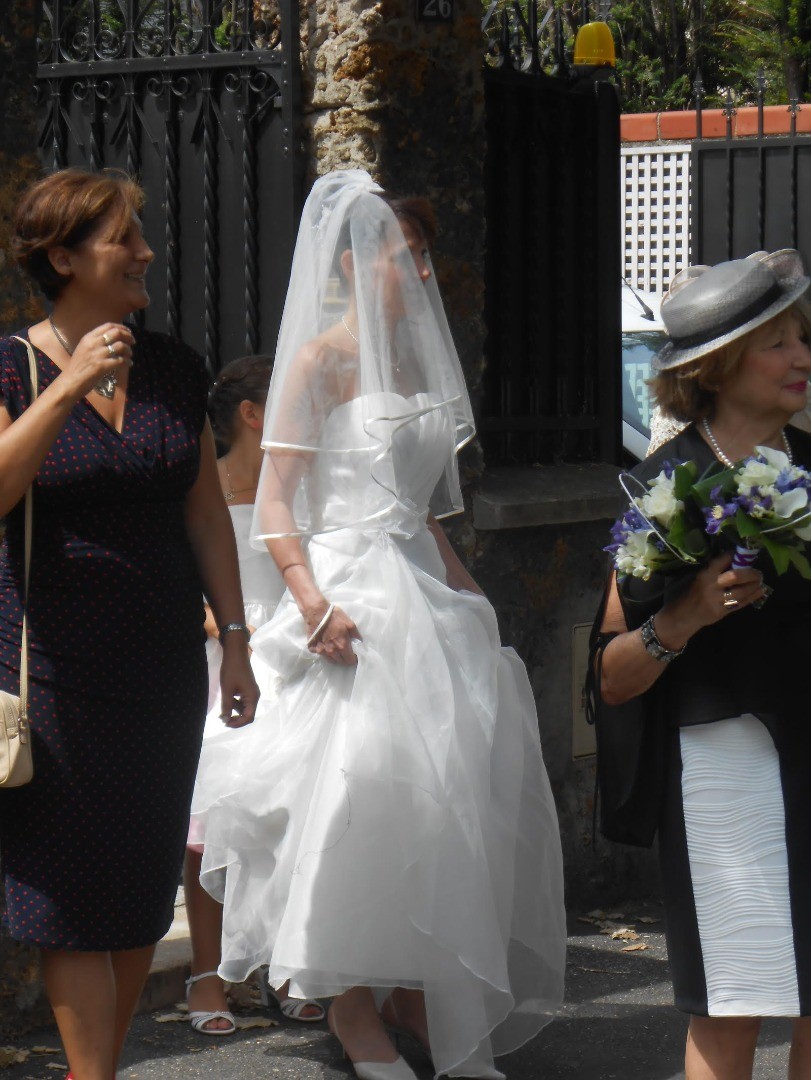 Do you remember the story I wrote several months ago for HAKOL about weddings in France? The wedding that inspired me at the time was that of my cousin Julien and his lovely bride Stephanie. Living here, in the United States, I hadn’t had the opportunity to get to know Stephanie very well. All I knew up until a few months before the wedding was that Julien had met Stephanie during dancing lessons … and that she was not Jewish. So imagine my surprise later when my aunt told me on the phone that they would get married in an Orthodox synagogue!

“How is that possible?” I asked. “You told me she is not Jewish.”

“Well,” my aunt replied, exultant, “it is a true miracle! It turns out that Stephanie is Jewish after all, although she didn’t know it when she met your cousin, and she was able to prove it with a  ketubbah!”

Stephanie’s great grandmother, Sybille Blum, was a young Jewish girl from Germany who moved to Paris with her mother in the 1890s. She found a job in a furrier shop, where she met Samuel Erber, a young Jewish worker from Krakovia (in Austria at the time). It was love at first sight; Samuel and Sybille got married in a synagogue in Paris two months later.

The couple had four children, Albert, Henry, Marthe and Yvonne, born in 1901. Unfortunately, Samuel got sick and died two months after the birth of Yvonne. Sybille also passed away, in January 1902, and the four children were separated. The two boys were adopted by Charles, Samuel’s brother, although he already had eight kids. The baby girl, Yvonne, found almost immediately a new home, and was never heard of again.

Marthe, though, who was six at the time, was taken to a Jewish orphanage, where she would be able to have an education and learn a trade. She became a nurse and, as soon as she turned 18, she married a gentile man and moved with him to Argentina. They had two daughters together, who were raised Catholics.

After 18 years, the husband left them and Marthe had no choice but to go back to France. It was the ‘50s by then, and both girls grew up as “regular” French kids, completely unaware of their Jewish heritage.

In 1968, the oldest girl became a “flower girl” (a hippie) and had a baby with a young man. Although they never married, he always kept in touch with them. The baby, as you may have guessed, was Stephanie. She was raised Catholic, vaguely aware that her grand-mother was Jewish, but that was all. So when she and my cousin, Julien, got serious together, she became interested in her Jewish heritage and asked her family about it.

The family knew almost nothing, or was very reluctant to have Stephanie reconnect with this part of the family. Her own mother knew only her mother’s maiden name. Stephanie’s grandmother had passed away several years before and her aunt abruptly refused to help Stephanie in her quest in any way. Stephanie was very interested, though, and dug deeper.

With the name of her grandmother, she was able to trace their wedding date, their death certificates and the names of their kids. She called the French Jewish Consistory and found out that the consistory had just released a book with all the ketubbot they had from the late 1800s. She ordered the book, and found the ketubbah   from her great-grandparents!

At this point, she had already decided to marry Julien and was in the long and difficult process of converting to Judaism. So when she saw her great grandparents’ ketubbah, she called the rabbi and asked him if this meant she was already Jewish.

After thoroughly studying the ketubbah and Stephanie’s birth certificates, the rabbi agreed: The ketubbah was the proof that Stephanie had been Jewish all along.

Julien and Stephanie – whose middle name is Sybille by the way – decided to get married in the same synagogue as Sybille and Samuel. As you can imagine, the ceremony was very moving.

As I asked her how she felt, Stephanie smiled and said: “I feel that my family is finally back where it belonged.”