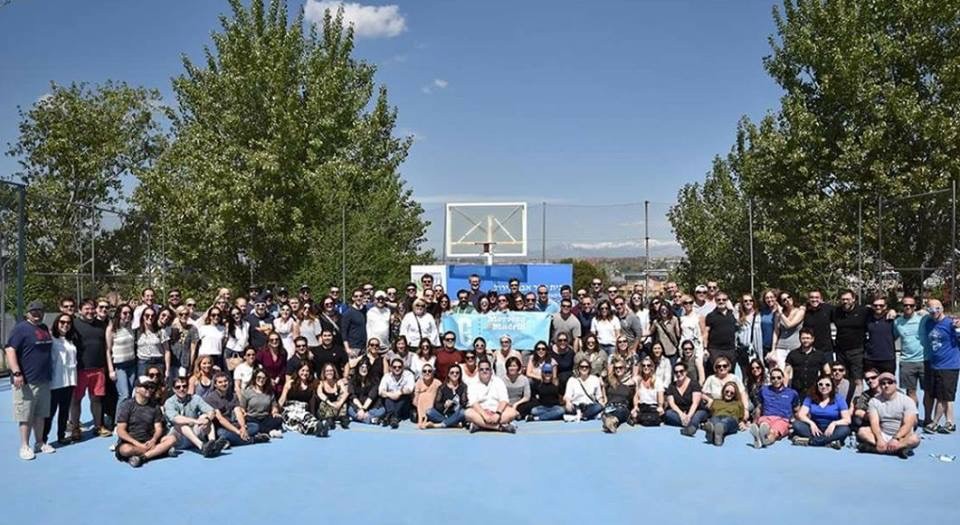 As a member of Federation’s National Young Leadership Cabinet, I have the opportunity to represent our community on a study mission each year. This year, I traveled to Morocco and Spain, where I got to learn about the long and rich history of Jews in both of these countries and how persecution triggered Jewish migration between the two countries. I also got to see first-hand how dollars raised by our Federation’s Annual Campaign go directly to care for the most vulnerable of their populations, helping to solidify our Jewish heritage, and foster relationships across cultures through education and strategic communal programs.

Morocco is a beautiful and diverse country. I got a good taste of Morocco by visiting Marrakech, a fortified city with its captivating medina that is surrounded by modern neighborhoods, Casablanca, the country’s economic and business center and Rabat, the political capital.

Just like the diverse landscape, Jews in Morocco are also diverse with both their Ashkenazi and Sephardi inhabitants. Jews have been living in Morocco since their exile from Jerusalem after the destruction of the first temple in 587 BC with a second wave fleeing in from Spain in 1492 after Queen Isabella issued the Edict of Expulsion. This long existence of Jews in Morocco binds the Muslim and Jewish communities together in a bond so strong that when the Nazis wanted to impose anti-Jewish laws and send Jews to concentration camps, King Mohammed V told them, “there are no Jewish citizens, there are no Muslim citizens, they are all Moroccans.”

At one time, there was a vibrant Jewish community in Morocco with upwards of 300,000 Jews living there. Today, however, Jews there only measure about 2,500-3,000. Many Moroccan Jews emigrated for Zionist reasons, some to escape persecution and others left for better economic prospects. Despite this migration, Morocco does have one of the most tolerant environments for Jews in an Arab country: the king actively protects its Jewish community and has gone to great lengths to revive its Jewish heritage.

During our briefing with Nasser Bourita, Morocco’s foreign minister, he shared with us that under the king’s order, the country has taken significant steps to work with the Jewish community to preserve Jewish culture, including the restoration of 170 Jewish cemeteries and synagogues, and the creation of the only Jewish museum in the Arab world.

With decreasing numbers of Jews living in Morocco, David Toledano, the president of the Jewish community of Rabat, told us that it is more important now than ever to preserve the history and culture of Moroccan Jews and foster the connection with the thousands of Moroccan Jews that return on a pilgrimage to the country every year during Passover.

Between meetings with local leaders and visits to synagogues and the Jewish museum, I also got to see Federation’s dollars in action helping the Moroccan Jewish community. Through our partnership with the American Jewish Joint Distribution Committee, our funds recently helped to open the Jewish Community Center in Casablanca. We also provide scholarships to children so they can obtain a Jewish education.

I also visited a Jewish school where both Jewish and Muslim kids attend, and together, they learn Jewish history, traditions and Hebrew. I saw first-hand the beauty of co-existence as two best friends, one Muslim and one Jew, wore confused expressions when asked if there was any tension between Muslim and Jewish teachers and students. The question didn’t make sense to them because for these two faiths in their community, peaceful co-existence is the norm. Our overseas allocation helps foster relationships like these by allowing us to build community and strengthen the bond across cultures through education and strategic communal programs.

Support of our Federation’s Annual Campaign also helps make aliyah to Israel possible. Additionally, it provides shelters, kosher foods and medical services for the elderly and other vulnerable Jews, not only in Morocco, but across the world. I enjoyed tea and cookies with seniors at the Levine Senior Residence, and by being there, our group brought compassion and ruach to their nursing facility.  No translators were necessary as the common language of a warm smile and heartfelt hug transcended all language barriers.

As our time in Morocco came to an end, I boarded a plane with the rest of the 130-plus mission participants and we traveled to our next destination: Madrid. Jews have lived in Spain since biblical times. They have experienced times of great oppression and hardship as well as periods of growth and renewal. Today, there are approximately 40,000 Jews in Spain with about 15,000 in Madrid, where the majority are made up of Moroccan-Sephardi who returned to Spain in the late 1950s after centuries of exile. Additionally, Madrid in the 1970s saw the arrival of Ashkenazi Jews primarily from Latin America and other European countries.  Returnees have had to

rebuild their communal Jewish infrastructure from scratch. We had the privilege of meeting some of Madrid’s Jewish leaders including David Hatchwell Altaras, the immediate past president of the Jewish community of Madrid and chairman of Taglit Birthright Europe. We were deeply inspired by their passion and dedication in not only revitalizing their community, but also promoting interfaith dialogue and building relationships with Israel and the diaspora.

Spain and Israel have a complicated diplomatic relationship with Spain only recently recognizing Israel in 1986. During a briefing with Daniel Kutner, the Israeli ambassador to Spain, he noted the importance of the relationship between Israel and Spain but also pointed out that Israel has reservations on how Spain votes on some initiatives, since they do not want to upset Arab countries. He also notes that it is difficult for Israel to forget Spain’s complicated history with its Jewish people.

Until the late 14th century, Jews enjoyed a long history of peaceful coexistence with Muslims and Christians. This was most evident when we explored the city of Toledo which is also called the “City of Three Cultures.” A beautiful city containing many medieval Christian, Arab and Jewish monuments in the old city, Toledo was known for merging these different cultures to create a unique feeling in the city. As a result, customs evolved like blowing the shofar three times on Friday morning to remind the Jews to prepare for Shabbat. Also, the interior designs of the two synagogues, El Transition Synagogue and Santa Maria la Blanca Synagogue, seem more Arabic than Jewish. The synagogues were converted to churches after the Jews were expulsed from Spain in 1492, and remain as museums today.

In Spain, Federation dollars bring Jews to Israel on different types of experiences like Birthright and longer-term experiences like Masa as well as aliyah. In May 2017, the Centro de Estudios Ibn Gabirol-Colegio Estrella Toledano School became a World Ort school and as a result, their teachers and students are now able to take advantage of a global educational and training network of Jewish day schools. We had the opportunity to visit this beautiful Jewish school that has children from diverse backgrounds including non-Jews who are attracted to the school’s reputation as being one of the best non-Catholic private schools in Spain. The school believes having non-Jewish children is a good indication of their prestige and acceptance by the general population and allows them to foster multi-cultural understanding and help break down barriers. The school administrators stated that they specifically diversify admissions to prevent creation of a “Jewish ghetto” where their children could be artificially isolated from the rest of the Spanish society in which they live. It was a memorable experience for our entire group to share an early Shabbat with over 300 children from the school as Kippah Live, a men’s acappella group from Israel, led us in song and dance, not as strangers, but as one Jewish family.

Each time I participate in a Federation mission, I become increasingly aware that we are indeed one large, global Jewish family. And, as Jews, we are all responsible for one another. With the money raised through the Federation’s Annual Campaign, we provide programs that strengthen our Jewish identity and enable quality Jewish education worldwide.  We also do our best to ensure every Jew has access to medical care, kosher food and to live their lives with dignity.

I have seen firsthand the impact that we have around the world, and know that there is still much work to be done. Please answer the call and contribute to the Federation’s Annual Campaign so that we can continue to build community and care for the most vulnerable locally, overseas and in Israel.