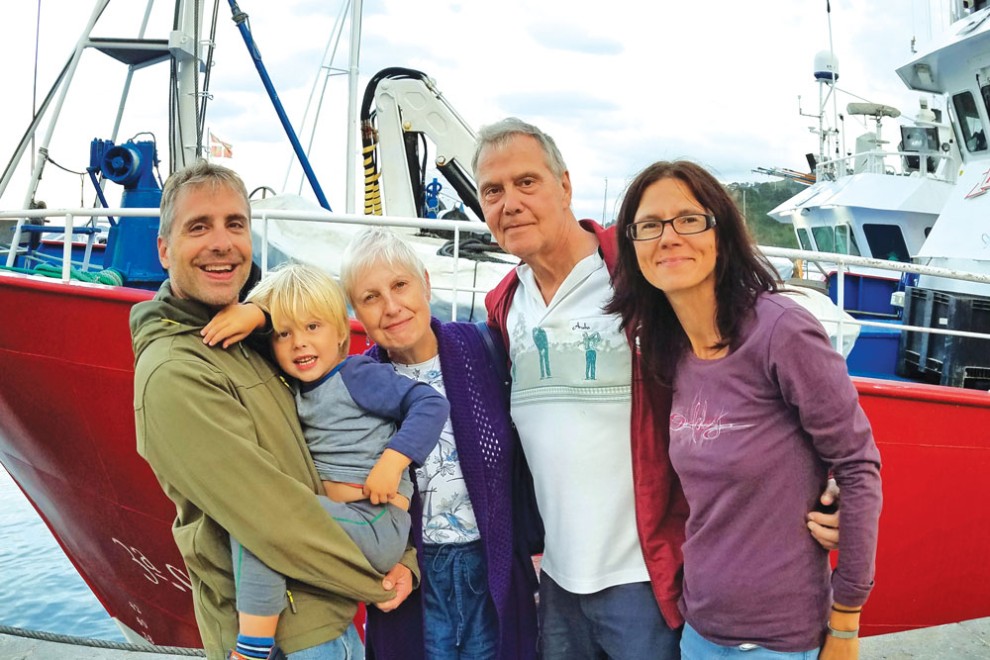 By Harvey Cartine
Special to HAKOL

My wife Liz and I have been fortunate to have travelled to various countries in Europe. We always made it a highlight to explore Jewish culture and heritage during these visits. When possible, we attended services or talks in various synagogues. All of our trips to Europe have always included stays in England, as that is where she was born, grew up and has family. In addition, one of our sons, Michael, decided to move permanently to England, as that’s where his company wanted him stationed (he also wanted a “jumping off place” to visit the continent). This of course led to more trips to England and the continent. Last year, we arranged to be in England during Rosh Hashanah, and this is our experience.

Mike lives with his wife, Petra, a native of the Czech Republic, and our grandson, Joshua, in the relatively small town of Potters Bar, which is just north of London. Close by is a larger town called Borhamwood, which has a significant Jewish population and some synagogues. Mike and family belong to the Elstree Liberal Synagogue, and this is where we went for Shabbat services. Rosh Hashanah services were held in a nearby religious school to accommodate the large attendance of the nearby Jewish communities.

Prior to Rosh Hashanah, we went to a Friday night Shabbat service at the synagogue, which was small by our standards with an even smaller parking area. This should not have been as much as a surprise to me as it was, since everywhere in England, especially close to London, parking is a problem. The attendance was small, as it was still late summer and many people were on holiday (vacation). The Elstree Synagogue belongs to the Liberal movement in the United Kingdom, and the service was similar to our Reform movement with some Conservative ideology “thrown in” as well. The service was musically lively with a peaceful, meditative quality slide show that drew worshippers away from their hectic daily lives to the tranquility of Shabbat. Background music, hard to believe, but effective was Pink Floyd. Rabbi Tobias was also very musical and very relatable to people. We had a talk and found out both of our respective communities shared many of the same problems, and in many ways Jewish life in this part of England was very much the same as ours in the Lehigh Valley.

Our next Jewish adventure was a weekday walk through downtown Borhamwood, which pleasantly surprised us with both a major movie studio and many Jewish-owned shops. After having a delightful lunch in a kosher restaurant, we went next door to a kosher butcher. I’m sure our son was pleasantly surprised when we picked up the tab for the order. The butcher’s wife threw in a generous amount of chopped liver, followed with a “Shana Tova.” This experience brought back youthful memories of our frequent family visits to the Lower East Side of New York City, our everyday lives growing up in the Weequahic section of Newark, New Jersey, and to some extent our suburban lives in Maplewood, Essex County.

The climax of our integral experience with English Judaism culminated with our participation in the Rosh Hashanah services. Services were held at the local Jewish school, in a great hall, to accommodate the large community turnout. The community was well represented with a mixture of all age groups, and it was nice to see many school-age children and young adults. Services were, as expected, pretty close to ours at home, with the exception that often the chanting melodies were different. The weather was beautifully sunny and warm, an unexpected bonus (it, of course, was England). In truth, it was too warm, but it did bring back youthful memories of a time when air conditioning in the synagogue was non-existent. After the service, during the “tea,” we again got to speak with various people – some of whom we already knew. We went away thinking about how much we have in common with one another: our hopes, our problems, what makes us laugh and cry and our common understanding of tikkun olam and tzedakah. Much of making the service so successful was due to the amazing amount of volunteers helping out where needed.

This is pretty much the end of our little story that fills a great spot in our hearts. Now I think is the proper place to address security. We did have some concerns about safety and security. Thankfully, there were no issues. There were lots of people, like our son, who volunteer for the various security measures necessary. The local police provide some training and advice, but were not needed. In view of what has happened in our country, I recently asked our son if their congregation plans to do anything different this year, and his reply was no. This is quite contrary to what we are experiencing throughout the Lehigh Valley, and across our nation, this year.
Finally, I asked Mike what he liked most about the Rosh Hashanah service last year. His reply was, “because we were there.” What parents wouldn’t like to hear those words?