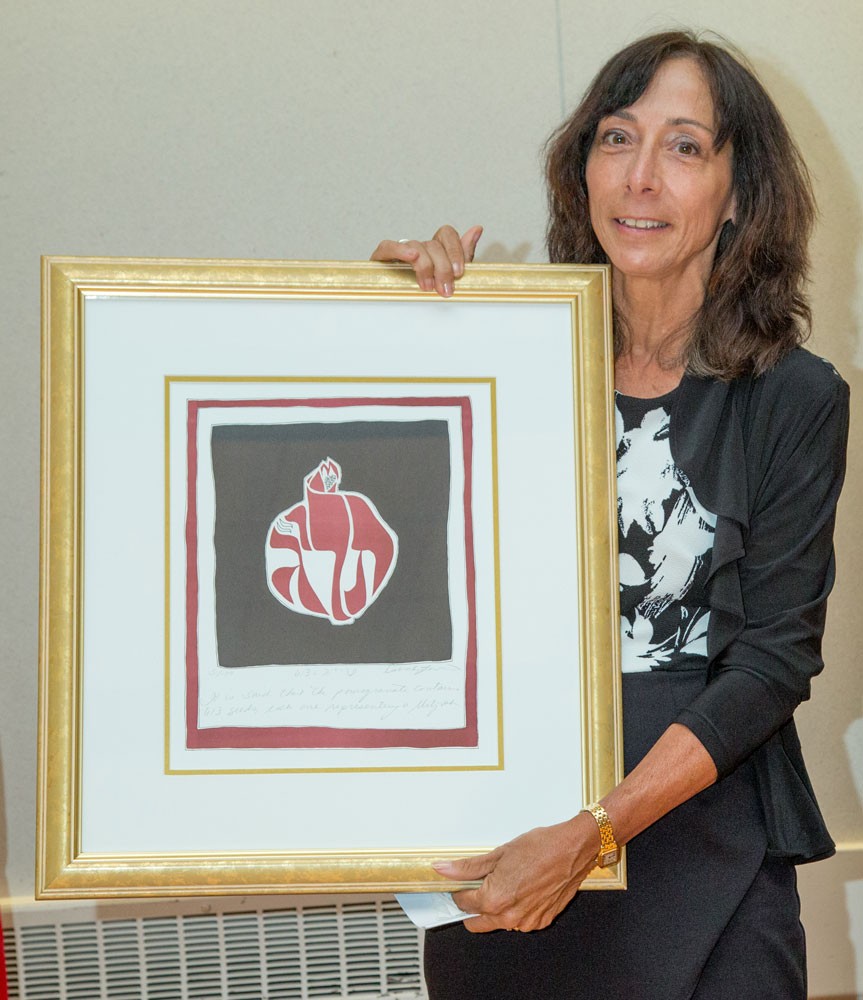 Editor’s note: We are starting a new series on individuals who have laid the foundations for the future of the Lehigh Valley Jewish community through their generosity. We could think of no one better to begin with than Taffi Ney.

There are many ways to leave your legacy in the Jewish community to echo through the years to come. Taffi Ney has done that by her tireless dedication to raising money for and building up the endowments of Jewish organizations in the Lehigh Valley.

In addition to establishing her own endowments to benefit the future of our Jewish community, Ney is responsible for many of the endowments established by others. She gave her all as a professional to the Jewish Federation of the Lehigh Valley for 28 years before retiring in 2014, where she worked in a number of roles to raise money for the Federation’s annual campaign and endowment.

“I always thought of endowments as the future, and annual campaigns as the present,” Ney said. “Both are needed and both are vitally important for the continued success of our community.”

In recognition of her efforts, Federation presented her with the “Lifetime Achievement Award” at its 2015 annual meeting.

Ney is well-known in the community for the time she took building true relationships with many of the donors she worked with.

“A real strength of hers is just her love of the community and understanding that, in order to have people be involved, you really have to build relationships with people and maintain them. And she’s done a great job with that over the years,” said Wendy Born, past president of the Jewish Federation, who knew Ney first as a neighbor before they collaborated on projects officially for Federation.

Federation campaign co-chair Vicki Wax echoed Born’s sentiments, recalling, “She was an amazing endowment and development director, reaching out to donors in the most thoughtful, caring, kindest ways. She wrote notes to people, she would visit people, she would bring goodies to people. She was like everybody’s daughter/sister/friend. She was amazing — nobody has ever done it the way she did.”

Ney was at the forefront of creating endowments to secure the future of the Lehigh Valley Jewish community at a time when those were just getting started.

“At the time that she served, there was no endowment program to speak of, so effectively … whatever endowments came in were as a result of her efforts,” explained Federation past president Lenny Abrams. “And of course, before LIFE & LEGACY, going back as far as my tenure, effectively she was the professional that dealt with the Heritage Society, so whatever numbers of people set up endowments [through that] during her tenure really were, in some way, shape or form, attributable to her.”

She also worked closely with Federation’s beneficiaries to ensure they were supported.

“To me, Taffi is the epitome of a professional who is able to connect individuals and larger systems in a way that deeply enriches both,” said Jim Lodge, who worked with her for many years on behalf of ORT, one of Federation’s overseas partners.

It wasn’t just a job for Ney, however.

“It was a passion for her,” added Abrams. “She really enjoyed doing what she did, and she went at it very professionally and aggressively and tried to do whatever she could possibly do.”

All in all, Ney is a wonderful example of what it means to leave a legacy. She not only has given generously across the board of her own resources, but also dedicated herself for decades to helping others leave their own legacies.

“Not only does she talk the talk, but she walks the walk,” said Federation Executive Director Jeri Zimmerman. “Taffi has made a lasting impact on all the people and organizations she has touched through a lifetime of caring. She was instrumental in creating a culture in our community that enabled donors to express their values philanthropically, and for that we are especially grateful."