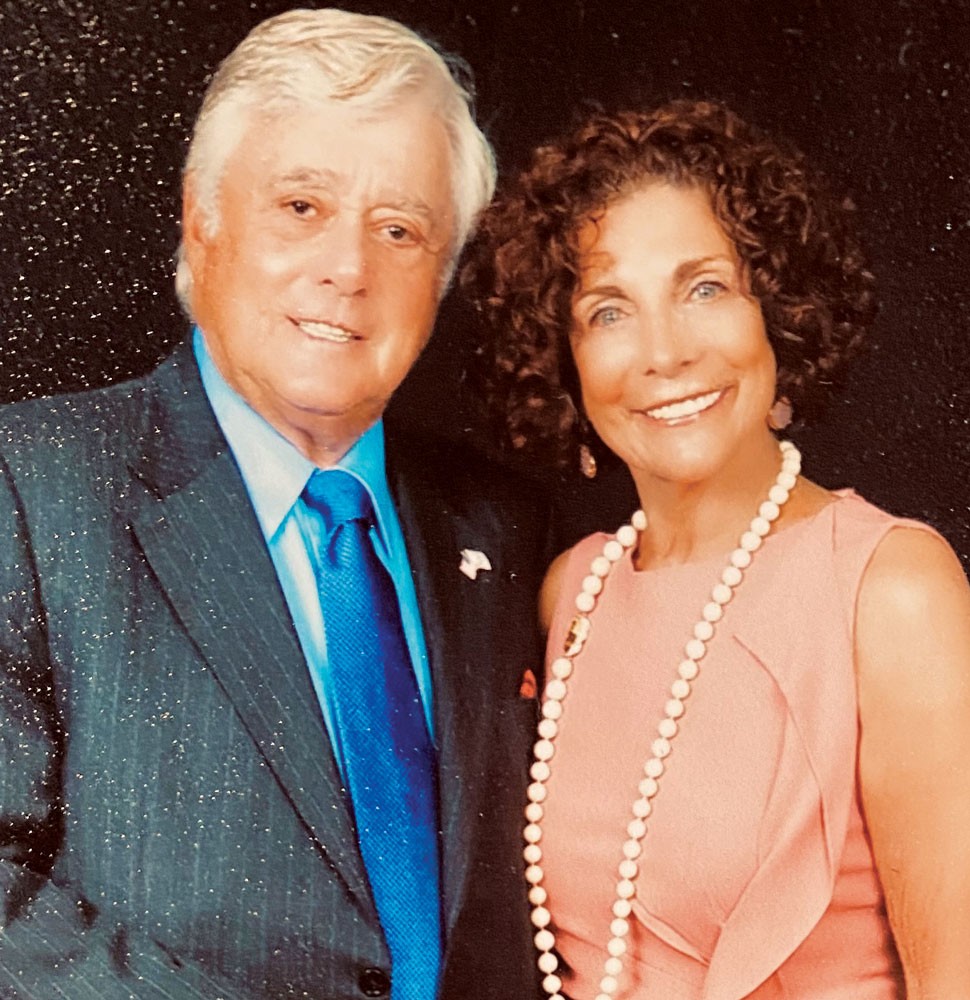 Dr. Harold and Sandra Goldfarb each raised three children in the Lehigh Valley before marrying each other in a later chapter of life. Their commitment to the Jewish community and to a life of giving are things they have in common which brought them together.

“Allentown is a wonderful community. It’s small enough that you can get to know people. You can rally and get involved and feel that you are doing something to help people,” said Sandra.

Harold, originally from Boston, came to the Lehigh Valley in 1968 after serving as chief of ophthalmology at Fort Bragg during the Vietnam War. He immediately joined the Jewish Community Center and got involved in activities there as well as at Congregation Keneseth Israel and Temple Beth El. While he was busy building a practice and raising a family, he always remained supportive of the Jewish community here and in Israel.

“My family was very Zionist,” Harold, whose mother was one of the early founders of Brandeis University, explained. “My bar mitzvah day, May 15, 1948, was also the day Israel became a state. So, it was beshert that I have been involved with Israel and Jewish activities.”

Harold recalls pounding the pavement as a teenager in 1951, the first year Israel bonds were available, selling six $50 bonds that day, saying that he has been a buyer of them himself ever since.

He and Sandra also give generously of their time and other resources to the Lehigh Valley.

“We’ve been very active in the Jewish Day School. My three sons went there, and they had a good foundation. We tried to imbue our children with a love of Judaism,” said Harold.

Sandra moved to the Lehigh Valley in 1957 and has been a force here ever since. The Jewish Federation was just getting started then, and Sandra was active at the JCC and TBE as well as being involved with Hadassah and bringing ORT to the area. After going back to school for her MBA and focusing on a career as a certified public accountant, when she was again able to have more time for volunteering, she was on the Federation board for several years, including serving as treasurer. She was also chair of the Endowment Committee for several years.

The concept of giving back is integral to the Goldfarbs’ philosophy. They feel very fortunate to continue to be involved in community affairs even as they are enjoying their six children, 14 grandchildren and three great-grandchildren.

“I feel very strongly that you come into this world with nothing and leave with nothing. It gives us greater pleasure and satisfaction in knowing that we’re giving to others than buying new things for ourselves. Giving to others is the most important thing we can do,” said Harold.

“Both of my parents were always very charitable. My mother was heavily involved in Jewish activities, and after my father died, we found out how much he had done for other people without ever telling us,” said Sandra, crediting the previous generation’s influence on how the family hopes to pass on to the youth.

The Goldfarbs care passionately about working together for the survival of Jewish life in the modern world and hope that the community which they found to welcome them in the Lehigh Valley will be here for future generations.

“We hope to have a continuation of a dynamic, thriving Jewish community, one where Judaism – both the religion and the culture – have a role,” said Harold.

“We have a good cadre of dedicated, involved young people, and this gives me much hope for a continuation of a strong and vibrant Jewish community,” Sandra added.