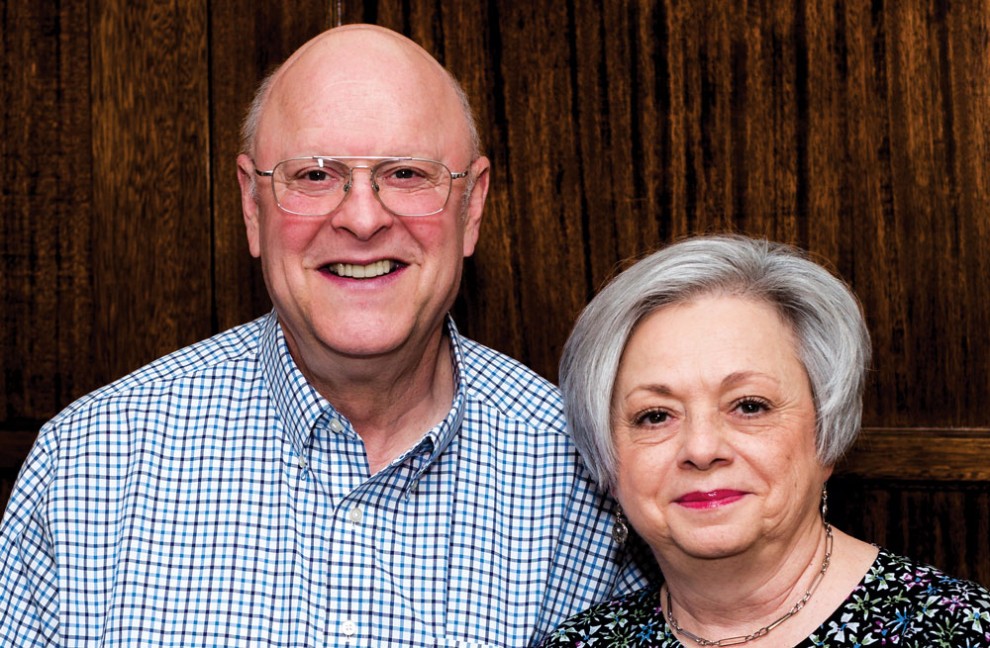 Editor's Note: We continue our series on individuals who have laid the foundations for the future of the Lehigh Valley Jewish community through their generosity this month by featuring Bonnie and Bobby Hammel.

When it comes to making an impact, the simplest way to do it is through consistency. That’s what one couple, Bobby and Bonnie Hammel, have shown throughout decades of dedication to the Lehigh Valley Jewish community.

Tirelessly active in leadership with the Jewish Federation, the Jewish Community Center and Temple Beth El, as well as being members of Congregation Keneseth Israel and Congregation Sons of Israel and supporters of the Jewish Day School and Jewish Family Service, the Hammels are known just as much for their humility as they are for their generosity with their time and resources.

“Kindness, generosity, commitment and vision are values we prize in communal leadership. Bobby and Bonnie Hammel embody all of those traits and more,” said Rabbi Moshe Re’em of Temple Beth El. “They exemplify the advice of Shammai in Pirkei Avot to ‘say little and do much, and receive all people cheerfully.’ Regarding a Women of Valor, the Book of Proverbs states that ‘many of women have done well, but you surpass them all.’ Similarly, many leaders in our community have done very well, but Bobby and Bonnie surpass those that have done well by doing all the good that they do with ‘sever panim yafot,’ with a smile on their face, good spirit and cheer. We have all learned from them to approach life and its challenges in good spirit and humor, and their examples will serve as an inspiration for others for years to come.”

It would be difficult to list all of the many ways the Hammels have given back to the community over the years, from Bobby’s many years as president at various organizations to Bonnie’s long-standing service to the TBE Sisterhood, but their most recent public contribution on a large scale to the community is definitely one of note. The JCC announced in December that a $1 million gift from the Hammels would allow the center to not only pay off its mortgage but also make significant facility upgrades for the new on-site Camp JCC and more.

"The impact that Bobby and Bonnie have made is not just about the present, but about the future of the JCC and our community,” said Eric Lightman, executive director of the JCC. “Through their vision and generosity, they have given us the ability to plan for a bright, thriving and sustainable future."

This future is what the Hammels are most passionate about. Having raised four sons in the Lehigh Valley, they emphasize that they are less concerned about their own accolades, and more interested in seeing collaboration among the different institutions in the Lehigh Valley to allow generations to come to be welcomed into the same kind of thriving community they were when they started their family.

“Bonnie and I really believe in the Lehigh Valley Jewish community,” said Bobby. “It has nothing to do with our legacy. It has to do with our collective future. We believe in a great future, and we hope that all of us as a community have a vision to see how we can go forward together. We came to a very vibrant community, and it can be more vibrant than it ever has been, if we work together. We are one community ... Nobody is our competitor; everybody is our cooperator.”

With leadership and vision like that of the Hammels’, that’s a future that seems in reach.

According to Bobby, however, the Hammels have received more than they have given.

“We are the recipients of many of the benefits of being part of a vital Jewish community,” said Bobby. “We do what we can to help support this community and to make sure the same community that we moved into decades ago will still be thriving years later. That’s the whole idea, that old adage of someone planted a tree for me, so we’re planting a tree again. I do believe in God, and I am grateful for the life we’ve been given. We are fulfilling our obligation to give as a means of trying to pay back everything we have received. And it’s a real pleasure.”