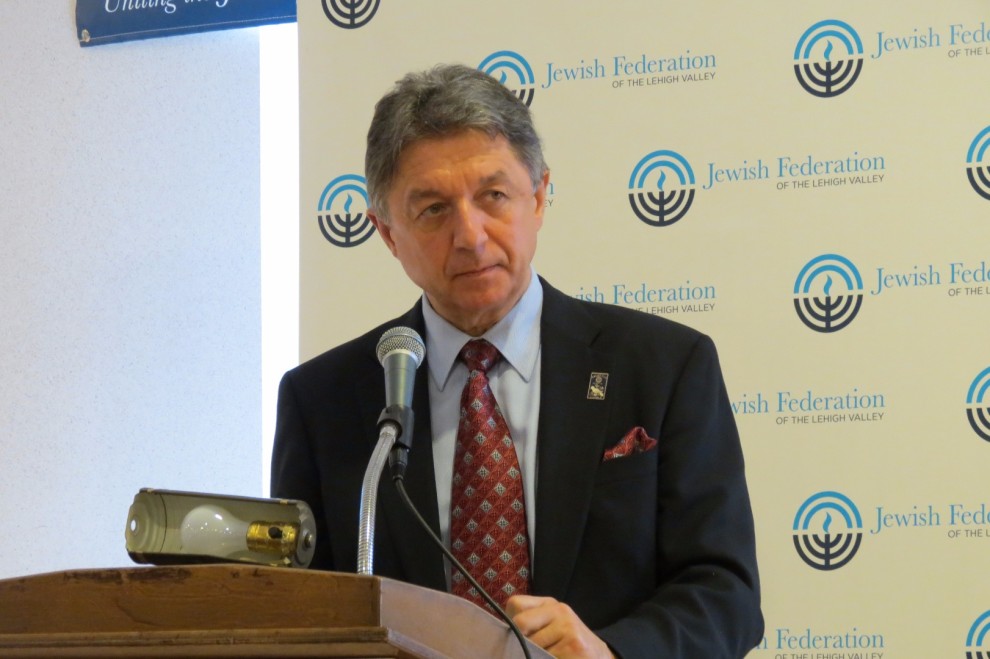 On March 27, Yuri Sergeyev, the Ukrainian ambassador to the United Nations, addressed a small group of Federation representatives about the state of his country as the conflict between Russia and Ukraine continues to smolder.

Sergeyev’s main goal was to underline the potentially disastrous consequences of the ongoing fighting in Ukraine, beginning in March of 2014, when Russia entered Ukraine and annexed Crimea under the guise of protecting Russian-speaking Ukrainians. Eastern Ukraine continues to experience violent exchanges between Ukrainians and Russian-backed rebel groups.

Now thanks to Russia, “the global order is in danger,” Sergeyev said. Rather than blame Russian President Vladimir Putin, he insisted that the crisis in Ukraine had more to do with the growing power of fascist groups across Europe, and that the events of the past year were “not about a person, but about a system.”

Attendee Patty Carlis said she was “surprised by Sergeyev’s willingness to discuss how Ukraine’s internal turmoil contributed to the crisis.” He cited a corrupt government and an economy dependent on Russian oil as two major contributors to the current state of his country, and although he believed they had made great progress toward a better-functioning government, the ambassador warned that “instead of dreaming, we should work.”

Meanwhile, the so-called frozen conflict continues to paralyze Eastern Ukraine. While many caught in the cross hairs were forced to flee their homes, others, mostly the poor and elderly, are unable to relocate and still live in the midst of the violence. The American Jewish Joint Distribution Committee, an overseas partner of the Federation, has continued to serve these groups, both Jewish and non-Jewish, and has been vital to the survival of the Jewish community in Eastern Ukraine.

More information about the crisis in Ukraine and what the Federation is doing about it.