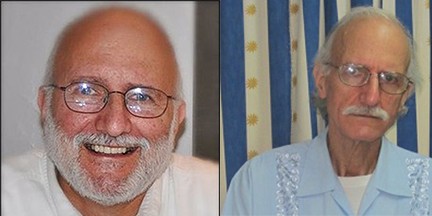 Can you imagine spending five years in a Cuban prison?  We can't - and we need your help to end Alan Gross's nightmare.

Please join the national mobilization organized by the Conference of Presidents of Major American Jewish Organizations, the Jewish Council for Public Affairs and Community Relations Councils around the nation to ask President Obama why Alan Gross is still being held in Cuba, almost five years after he was imprisoned for his role in a U.S. Government project to help Cuba's tiny Jewish community access the internet.

Alan is an American citizen who worked as a subcontractor on a project by the United States Agency for International Development (USAID). Alan was arrested and convicted on charges that his USAID work undermined the Cuban government. He has languished in jail since 2009. His sentence is 15 years.

Alan's situation is dire, and getting worse. He spends 24 hours a day in a small cell with two other prisoners. He has lost 100 pounds and is getting weaker and weaker. Alan recently lost vision in his right eye and no longer can walk due to severe hip pain. His emotional health is also deteriorating rapidly.  Being separated from his wife, Judy, and their two daughters, Shira and Nina, has been devastating. His mother recently died - and he could not be with her to say goodbye. In July, shortly after her death, Alan declared that his life in prison is not worth living. He has said goodbye to his family and now is even refusing visitors from the U.S. Interests Section in Havana.

Something must be done.

On the fourth anniversary of Alan's imprisonment, a bipartisan group of 66 senators wrote to President Obama to ask him to take meaningful steps to secure Alan's release. Prominent Americans of both political parties and diverse religious backgrounds have called for action to bring Alan home.  Recently, 300 rabbis from every denomination wrote to the White House pleading for help. We need to do more.

Please share your concern directly with President Obama by simply asking the question - "Why is Alan Gross still in Cuba?" To do so, please follow this link.