Shalom and welcome to Congregation Brith Sholom. We are an intimate (175-180 families), traditional, egalitarian synagogue that serves the Lehigh Valley. We are members of the United Synagogue of Conservative Judaism.

We are a congregation that warmly welcomes one and all into our fold. Our members reflect the diversity of the Lehigh Valley—professors, writers, doctors, lawyers, dentists, corporate leaders, business leaders, secretaries, artists, stay-at-home moms and dads…you name it! In this comfortable, low-key atmosphere, members plan their life cycle events: birthing ceremonies, bar and bat mitzvah observances and weddings. Celebrations at our synagogue run the gamut from barbecues to black-tie events. Children of members are educated in public schools, private secular schools or the Jewish Day School. We have a fully staffed religious school for children that meets on Tuesdays and Thursdays each week.

Since the spring of 2011, Brith Sholom is also the home of Congregation Am Haskalah.

BRITH SHOLOM PAST AND PRESENT
Brith Sholom Community Center, the forerunner of Congregation Brith Sholom, was founded in 1924. The Center itself was formed from two local congregations dating back to the 1800s. The original building, located on the southwest corner of Brodhead and Packer avenues next to Lehigh University, was sold to Lehigh in 1984.  Our two-unit building, located in Hanover Township, Northampton County, opened in early 1986 and was expanded in 2003.

The sanctuary building includes the social halls, media center and main kitchen. The chapel building contains our daily chapel, classrooms, library, offices and kitchenette. The entire facility, including the bathrooms in both buildings, is accessible to the handicapped. The sanctuary and social halls are equipped with a hard-of-hearing system. Individual receivers are located in the book case at the south entrance. Adhering to the tenets of Conservative Judaism, Brith Sholom provides an educational and spiritual center that seeks to bring relevance to our religious traditions.

THE SANCTUARY
The main sanctuary is intended to give the feeling of the old, wooden synagogues of Europe, which were destroyed by the Nazis during World War II. The wood was also used to give a feeling of warmth and ties in naturally with the beautiful trees surrounding the synagogue.

The sloping ceiling brings attention to the central pulpit, which gives a feeling of “theater in the round” and is a unique element of synagogue architecture throughout the centuries. The four large panels of stained glass come from our sanctuary in South Bethlehem. They are a tangible link to the history of our congregation.

The eternal light above the ark is an antique. Originally a gas-powered eternal light in a Moroccan synagogue, it fits comfortably into our sanctuary, which emphasizes the old and the new.

On the front of the ark is a custom-designed woven tapestry suggesting the revelation on Mount Sinai. Inside the ark are the Torah scrolls.

HOLOCAUST SCROLL
During the Holocaust, the Nazis collected nearly all the Torah scrolls of the Jewish communities in Czechoslovakia. After World War II, the scrolls were brought to England for safekeeping. During the past 50 years, most of these precious scrolls were distributed to synagogues worldwide as a reminder of the destroyed Jewish communities and of the way of life that existed before the Holocaust.

In 2004, Brith Sholom was most fortunate and privileged to receive one of these Torah scrolls, originally from Boskovice, the birthplace of the Ticho family, through the auspices of Jean and Charles Ticho.

WEEKLY SERVICES
Friday night services offered seasonally, with dinners at 6:00 PM
Saturday mornings at 9:00 AM
Minyan meets on Monday and Thursday at 7:45 AM 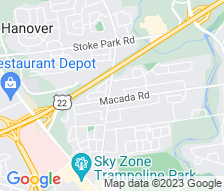