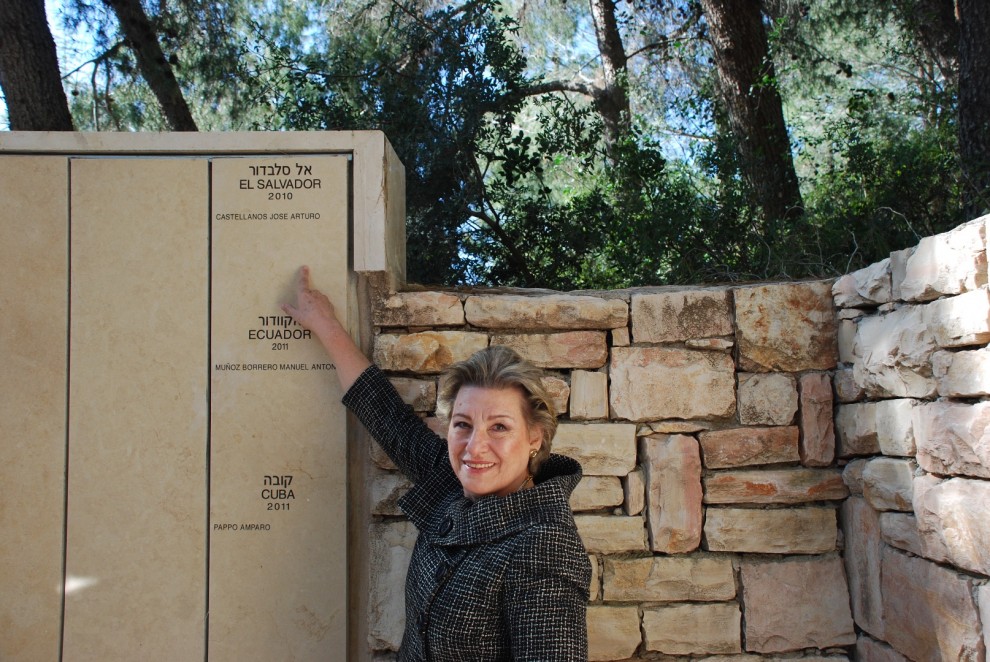 Frieda Garcia will tell the story of her father, Col. Jose Arturo Castellanos, who helped save tens of thousands of Jews from Nazi persecution by providing them with papers of Salvadoran nationality.

Col. Castellanos was El Salvador’s Consul General in Geneva during the war and provided citizenship certificates to Jews in occupied Europe in an effort to protect them from deportation. The citizenship papers were given to Jews who had no connection whatsoever to El Salvador and who didn’t even speak a word of
Spanish.

Col. Castellanos was posthumously inducted as one of Yad Vashem’s Righteous Among the Nations in 2010.​

FREE AND OPEN TO THE COMMUNITY.