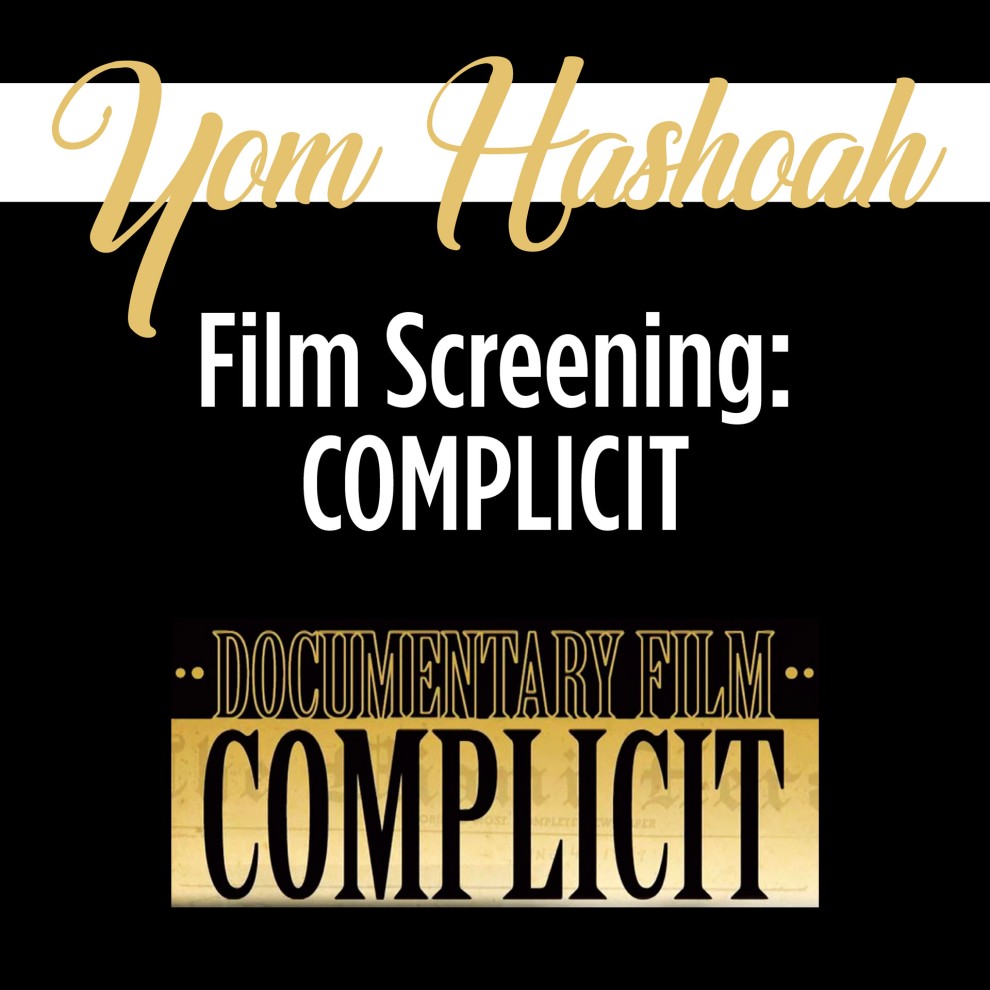 The Jewish Federation of the Lehigh Valley presents a screening of the documentary film COMPLICIT. Join us after the screening for a conversation moderated by filmmaker and director Robert Krakow, along with survivors of the SS. St. Louis. The Voyage of The SS St. Louis is one of the most important events in American, Holocaust and Jewish History. The film has been touring the US and Internationally for the last 6 years and has raised the consciousness and increased the awareness of millions of people. In August, 2014, COMPLICIT won 1st Prize at the Rhode Island International Film Festival in the category of best Jewish films.

Go to www.jewishlehighvalley.org/yom for more information or to register.