When I stop to think about family traditions and how the past is reflected in our present holiday celebrations, I am struck by their evolutionary nature and the influence of the times. I am also amazed by the idea that when we sit down to seder, we are four generations coming together. How truly blessed we are — our religious rituals hold the power of connecting us across time. Pesach is an opportunity to honor the memories and traditions of our past, and to create lifelong memories for the next generation.

Growing up, my sister and I were the only children at our grandparents’ house, where family traditions usually revolved around food preparation and the seder meal itself. As a child at Pesach, I was always fascinated by the hand grinder attached to my grandmother’s counter used to make chopped liver and potatoes and eggs. My mother was the queen of fluffy Passover rolls. My grandfather led the seder as we listened to the Exodus story being retold, waiting for our turn to impress with the 4 questions. The adults made a big deal of searching for the afikomen. Another highlight was that my sister and I learned how to play a game like marbles, with filbert nuts. Both the afikomen and the marbles game always ended with great reward.

As we all got older, my father led the seder, and he chose to call on people to read different parts of the story from the Haggadah. He also chose to invite guests, and we were never quite sure who might be showing up each year. We grew up hearing stories of carp in the bathtub, and one year my sister and I decided to make gefilte fish from scratch. My father graciously said he really liked it. Now we debate about whether Ungers gefilte or the “doctored” jars are better.

Passover with our children (my sister and I now had 8 young children between us) made for much livelier seders. To engage them, a new tradition began, creating kits complete with leaping frogs, ping pong balls, red liquid, and the like to recreate the 10 plagues. It was sometimes challenging to get them to sing the 4 questions despite our valiant efforts at preparing them. The four cups of wine were very much appreciated during these years. It was also then that we added other meaningful traditions, like leaving empty seats for Israelis held captive such as Ron Arad, Ehud Goldwasser, Eldad Regev, Hadar Goldin, Oron Shaul and Gilad Shalit. As in the past, searching for the afikomen was a highlight for the kids, and my father was always ready with the monetary rewards.

Sadly, the first Pesach after my father passed away was a tough transition, and the realization dawned that it was incumbent upon us, the next generation, to lead the seder. My husband leads a very egalitarian seder, and as our children got older, he invited them to add contemporary and social justice readings. More recently, my mother added a new tradition by introducing Miriam’s cup to recognize Miriam’s leadership in our deliverance from slavery and as a tribute to strong and courageous women in our lives today. As always, searching for the afikomen remained a fun and beloved part of our celebration.

Although some things have changed, the dinner conversation has remained the same. How hot will the horseradish be? Will the matzah balls be light and airy or hard as rocks? Is it time for more wine now? Since we have 4 sons, they share in the debate of who is wise, and who is simple. Traditional melodies and singing are timeless from generation to generation.

Our children, now older, take on more responsibility for preparing for the seder, both with relevant readings and with new, more sophisticated recipes. We still count on my mother for matzah ball soup, gefilte fish and an abundance of Passover rolls. Like in the past, we look forward to the 4 questions from our grandchildren, and this year, hearing from our JDS student who has been seriously practicing. He seems much better prepared than we had ever been.
And so, we will once again light candles at the Seder table, tell the story of our Exodus from Egypt, celebrate our freedom, and ask why this night is different from all other nights. And we will conclude by saying “Next Year in Jerusalem” with the hope that we can make it a reality.

Wishing you and your families a zissen Pesach! 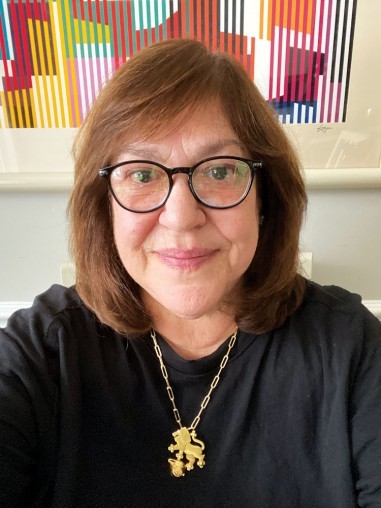