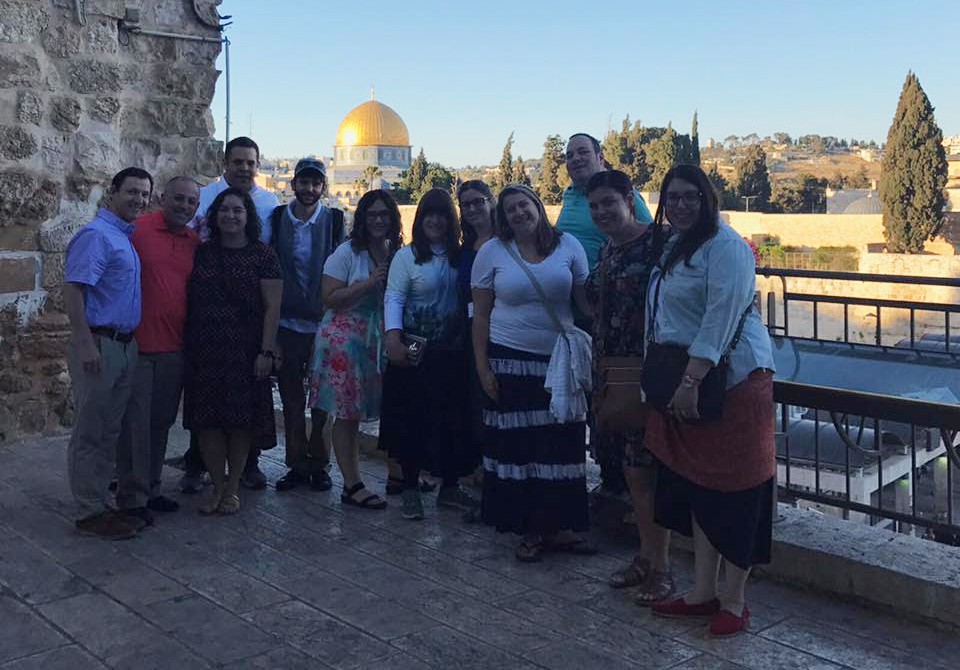 By Adrian Shanker and Mike Smith

Day one in Israel concluded with Shabbat at the Kotel, after visiting Ne’ot Kedumim, Mt. Scopus and Ammunition Hill. The two of us, and some others from our group, decided to visit the new egalitarian section of the Kotel instead of the traditional men's and women’s sections, separated by a mechitza, the traditional barrier separating men and women in Orthodox prayer spaces​.

The Israel Next Dor participants reflect significant religious diversity -- so some of us went to the traditional sections and others chose to go to the egalitarian section. For us, the experience at the egalitarian section was entirely new to us, as this option wasn’t available before 2016. Now, with the opening of this section all kinds of Jews can connect in their own way with the Kotel.

In 2016, following direct action by Women of the Wall and subsequent negotiations with the government, the egalitarian section opened in an area of the Kotel that is not under Orthodox control. People of all genders can pray as they see fit, wearing and using ritual symbols as it works for them. For some Reform, Conservative and Reconstructionist Jews who prefer to avoid gender separation in prayer spaces, this section is a reflection of Jewish values and customs.

Three women and four men from our group being able to touch the wall and sing songs together was a deeply meaningful experience for us, in the same way that the traditional sections of the wall are reflective of the way that some traditional Jews experience their Judaism. Doing this on Shabbat, a busy time at the Kotel, made this an opportunity to celebrate Shabbat in a way reflective of how we see ourselves.