The Jewish Federation of the Lehigh Valley is pleased to announce the selection of the first cohort for Israel Next Dor. These 12 individuals, ages 27-35, will be participating in a year-long leadership development program and will spend nine days together in Israel in May. The program is made possible by the generous underwriting of Lewis and Roberta Gaines, who are committed to engaging the next generation in Jewish life and leadership. 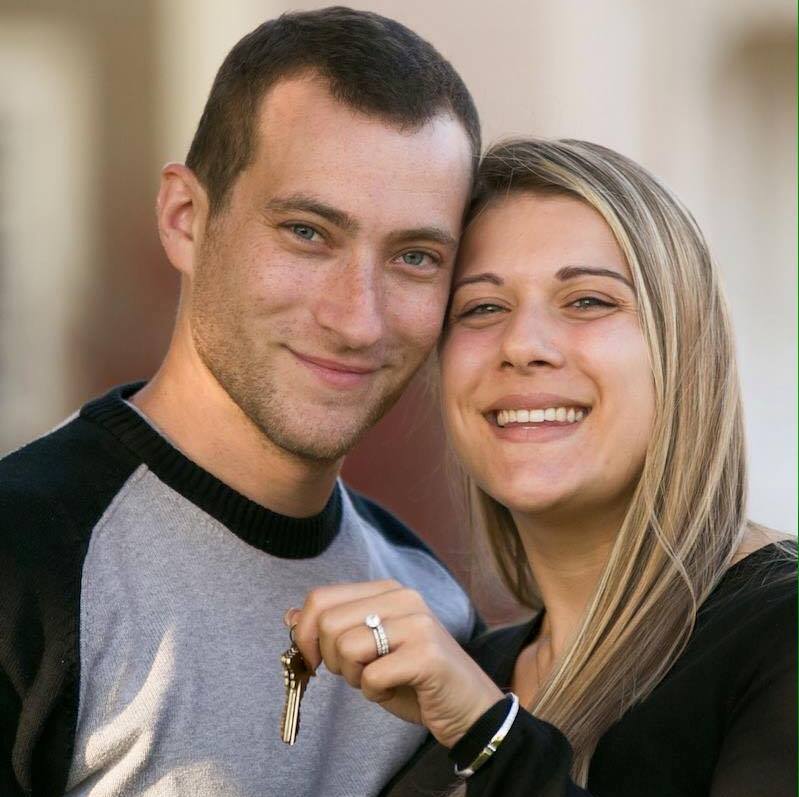 Abby, née Morrison, grew up in the Lehigh Valley. She went to the University of Connecticut for her bachelor’s degree in psychology and English, and then to Smith College School for Social Work for her master’s degree. While living in Connecticut, she met her husband, Ben, on JDate and chartered two BBYO chapters. They moved back to the Lehigh Valley, bought a home, got a dog and are both advisors of the local BBYO chapters. She enjoys traveling, especially cruises; she’s a Zumba instructor; and her main clinical interest is couple's counseling.

Benjamin grew up in Waterford, Connecticut and went to Solomon Schechter Academy until 6th grade. He obtained his bachelor’s degree in digital arts and design at Full Sail University in Orlando. He met his wife, Abby, on JDate and she introduced him to the Lehigh Valley. He is currently the senior creative designer and strategist at 9Sail, a full service digital marketing company. He enjoys helping others, being by the water and doing word jumbles with his grandfather. 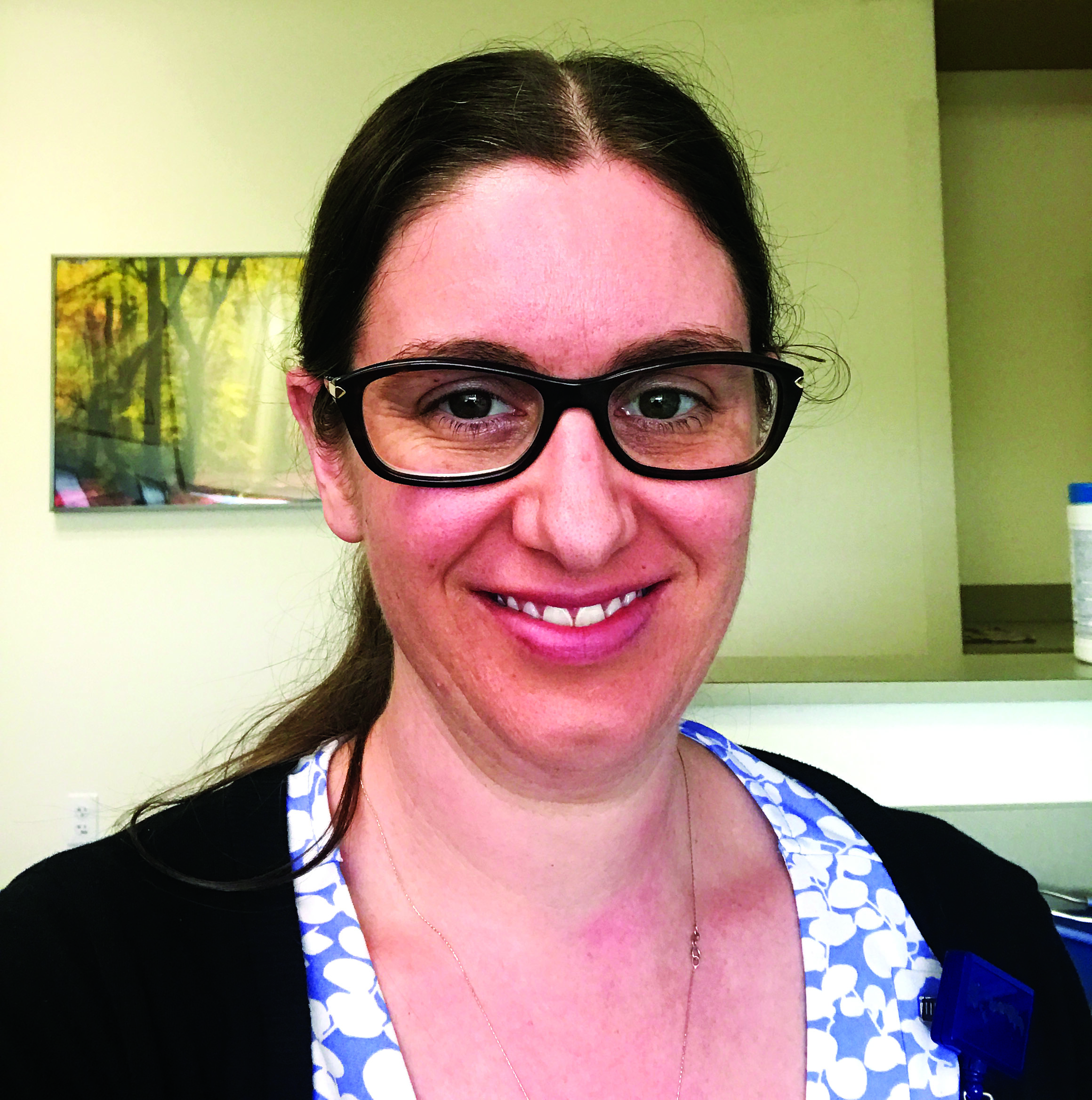 Nissa is 33 years old. She is married with two little girls, Hannah, 4, and Norah, 2. She is originally from Los Angeles, where she grew up surrounded by a strong Jewish identity. She graduated from Scripps College with a bachelor’s degree in anthropology and then moved to Cleveland to pursue her graduate studies in nursing at Case Western Reserve University. After graduation, she moved to the Lehigh Valley with her husband, Aaron, to take a job as a midwife at Lehigh Valley Health Network. She is currently working on a baby friendly hospital initiative and serves on the Ambulatory Standardization and Executive Council. 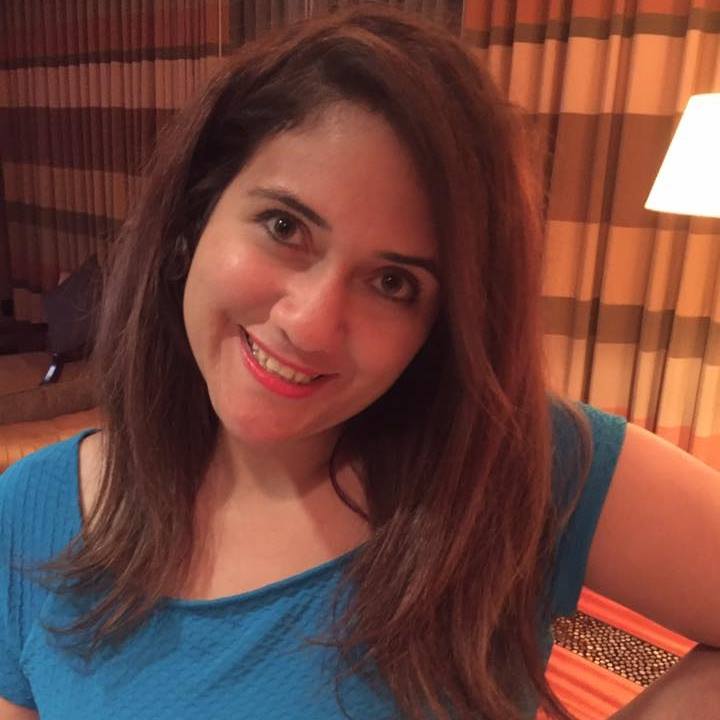 Jessica was born in Allentown. She attended the Jewish Day School, Trexler Middle School and William Allen High School as a child and young adult. In the Lehigh Valley, she was actively involved in Jewish life and culture, participating in NCSY, BBYO and various other Jewish organizations. Upon graduating from William Allen High School, she went on to receive a bachelor of arts in sociology from Ithaca College in Ithaca, New York. She journeyed back to Allentown to work for a social service agency before deciding to go back to school for her masters of education in school counseling at Lehigh University to help impact and inspire youth within the Lehigh County. Currently, she is employed as an elementary school counselor at Roberto Clemente Elementary Charter School. During the after school hours, she coaches Girls on the Run and is an advisor to K-Kids. In her free time, she enjoys participating in Zumba, seeing her family and friends, as well as traveling. 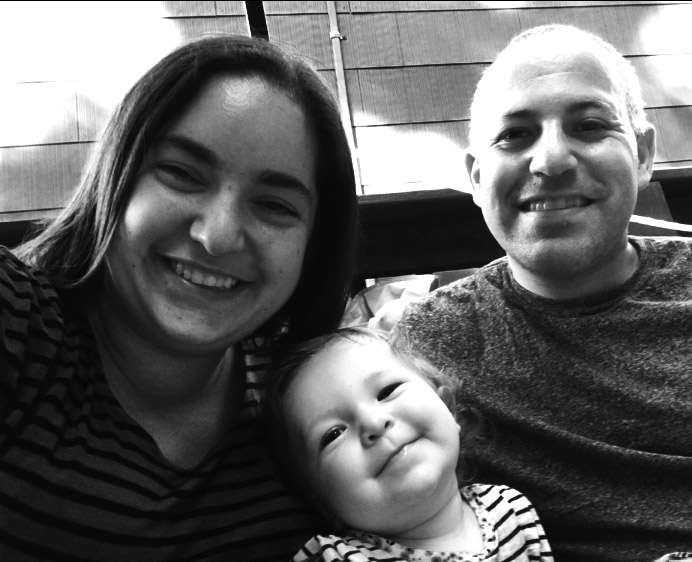 Howie was born and raised in the suburbs of Philadelphia, growing up in Bensalem. His family belonged to a reform synagogue growing up and was not overly religious, but celebrated all the Jewish traditions and holidays. He attended Albright College, where he met his wife Rachel. Following college, he attended Penn State University College of Medicine, where he earned his medical degree. Rachel and Howie got married following his graduation from medical school in 2011 and moved to Queens, New York, where he completed his general psychiatry residency and child and adolescent psychiatry fellowship at Hofstra-Northwell School of Medicine. During their time in New York, their family expanded with the adoption of their dachshund, Benji, in 2011, and the birth of their daughter, Penelope, in 2015. Following the completion of his residency and fellowship training, they moved back to Pennsylvania, where he started working as a child and adolescent psychiatrist at St. Luke’s University Health Network. They have been living in Nazareth for close to a year now and are members of Temple Covenant of Peace. Some of Howie’s hobbies include billiards, card games, playing the clarinet, spending time with family and cheering on the Philadelphia Eagles.

Rachel lives in Nazareth with her husband Howie, daughter Penelope and dachshund Benji. She has been working for Apple for the past five years. In her free time, she loves to do activities outdoors. She is looking forward to meeting new people and learning more about this area. 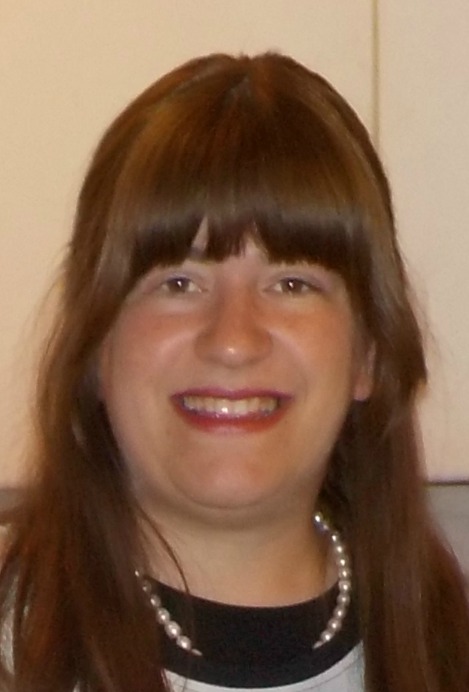 Rikki is 32 and has been married for 12 years. She has four beautiful daughters ranging in age from 4 to 11. She grew up ultra-Orthodox in a family of 11. She has one sister and nine brothers and with so many brothers, she grew up playing baseball and basketball. Her hobby/passion is baking, which she enjoys sharing with family and friends. She currently works with her husband in his nonprofit bookkeeping service. She really enjoys bookkeeping; it’s all about organization and puzzle work and most of all she enjoys working at home and the flexibility it offers because being a mom is her number one priority. 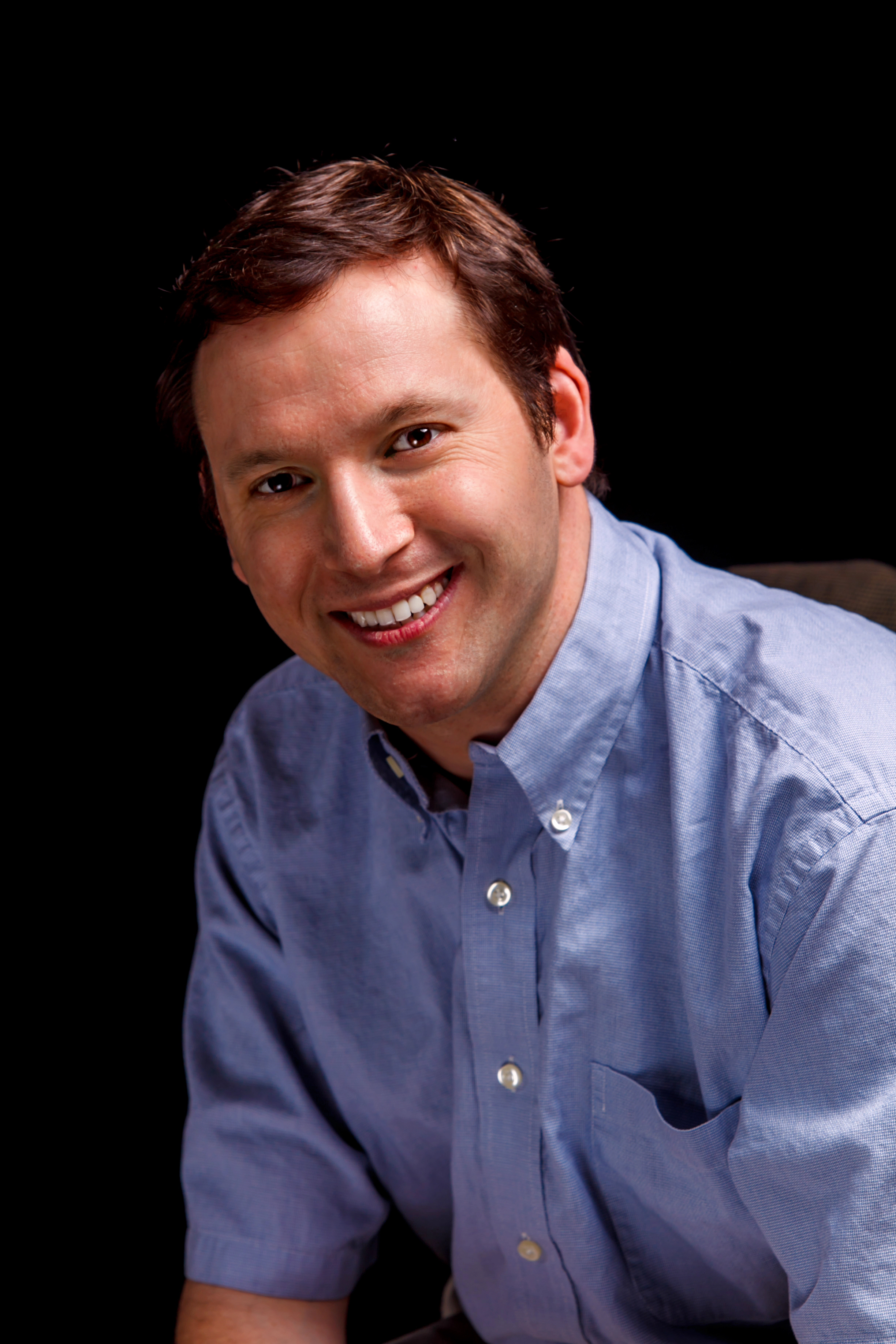 Alan serves as the marketing director for Civic Theatre of Allentown. Previously, he worked for other non-profits including Lehigh Valley Zoo and Wildlands Conservancy. Alan grew up in suburban Philadelphia and came to the Lehigh Valley to attend Lafayette College from August 2006 to May 2010. He moved back one year after graduating from Lafayette College in May 2010. He currently resides in Breinigsville. In addition to his role at Civic Theatre, Alan serves on the board of trustees of People to People International, the Board of Associates for Muhlenberg College, the Philanthropy Institute Committee for the Association of Fundraising Professionals Eastern PA Chapter and the marketing committee for the Greater Lehigh Valley Chamber of Commerce. In his free time, Alan enjoys photography, going to networking events and festivals and spending time with his niece and nephew. 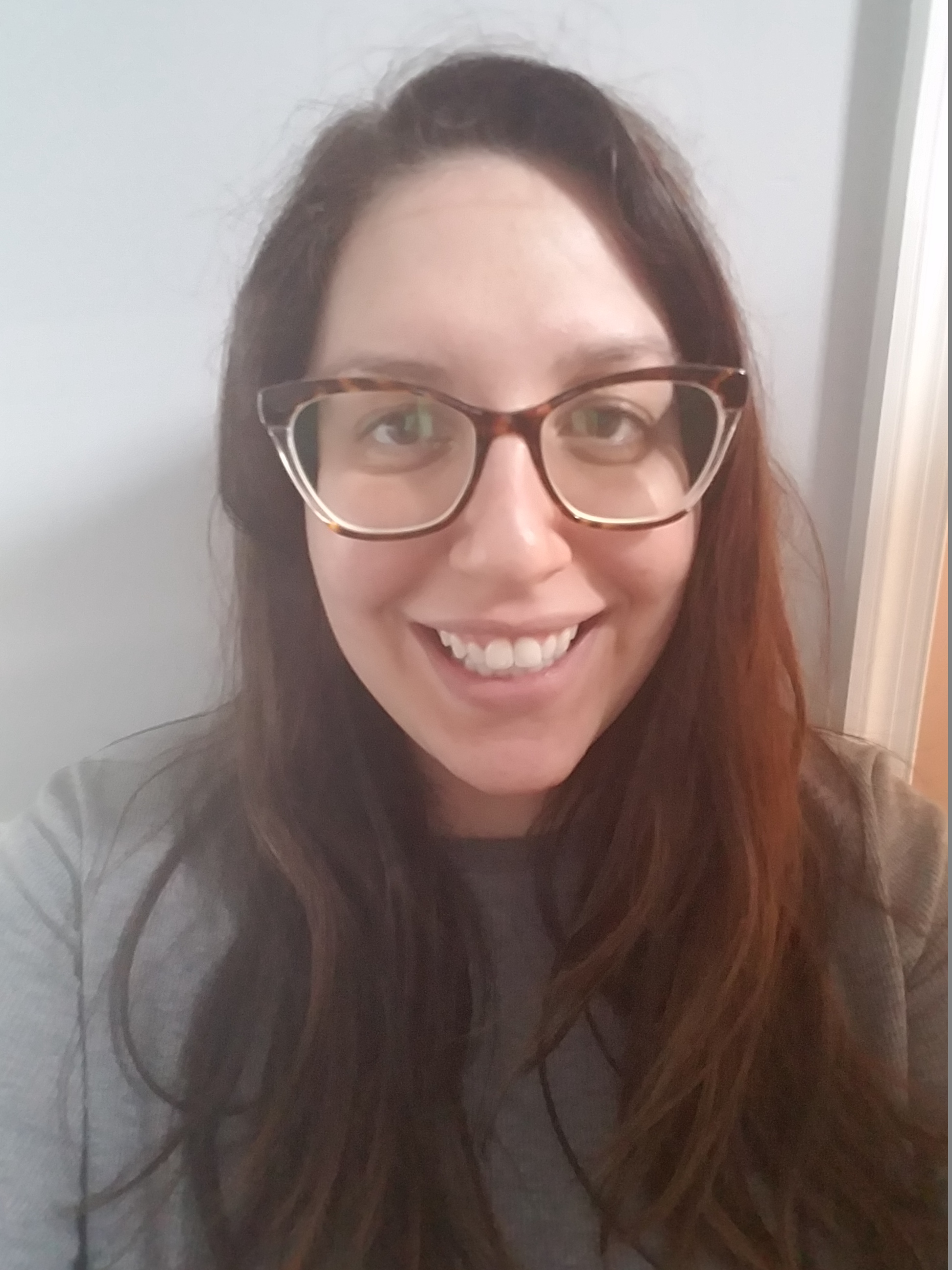 Andrea grew up the youngest of three in Allentown. She went to college at Temple University in Philadelphia and then to grad school at James Madison University in Virginia. She earned her master's degree in physician assistant studies and eventually moved back to Allentown. She works at Lehigh Valley Hospital in the Department of Hospital Medicine. She loves spending time with her niece and nephews. She is an amateur gardener and enjoys decorating her new house. 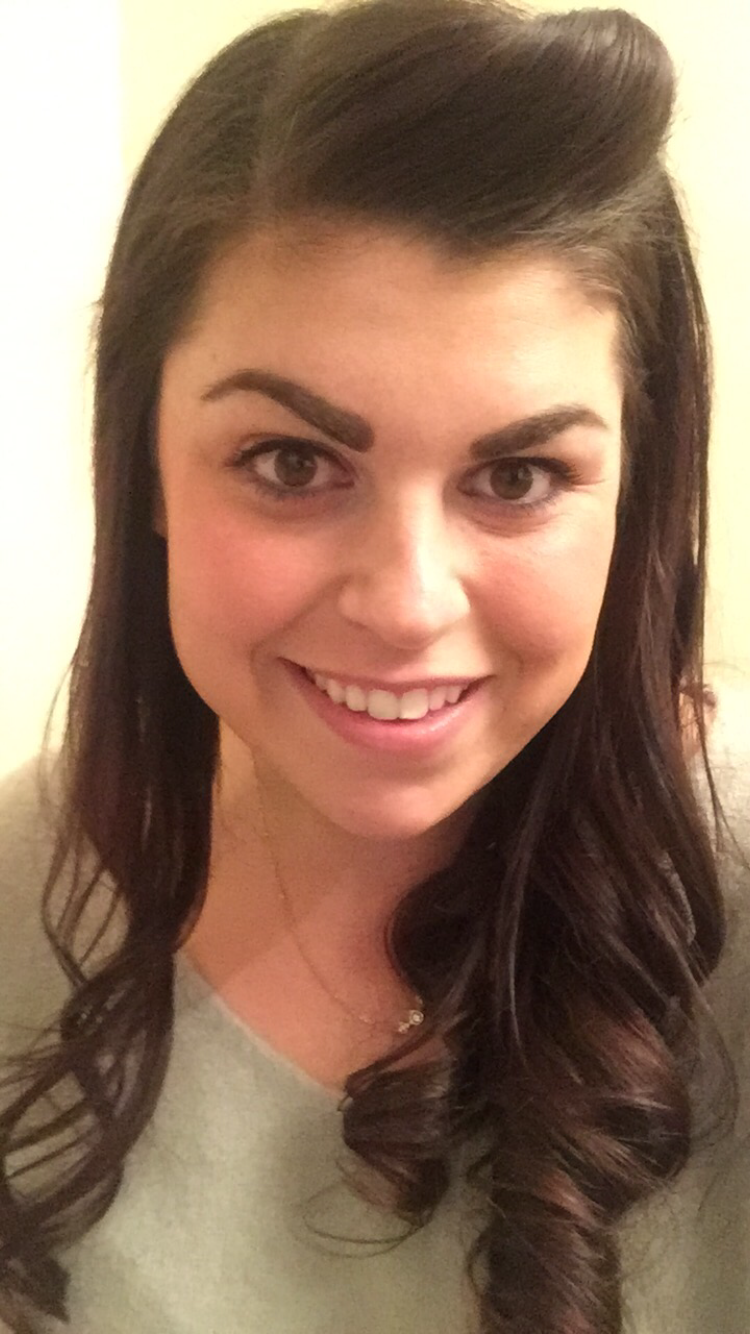 Cori is a 29-year-old high school math teacher who grew up in the Allentown area and is an active member of Temple Beth El. Since she graduated from Bloomsburg University in 2010, she moved back to the Allentown area and purchased a home, planting her roots in the Lehigh Valley. She has been volunteering as an advisor for Allentown BBYO for seven years and loves working with the young Jewish community. She is the advisor for Parkland High School’s Jewish Culture Club, a tutor and an active participant in Parkland’s extra-curricular activities. Outside of the classroom, she enjoys spending time with her family and friends, boxing, going to the movies and concerts and going to sporting events. 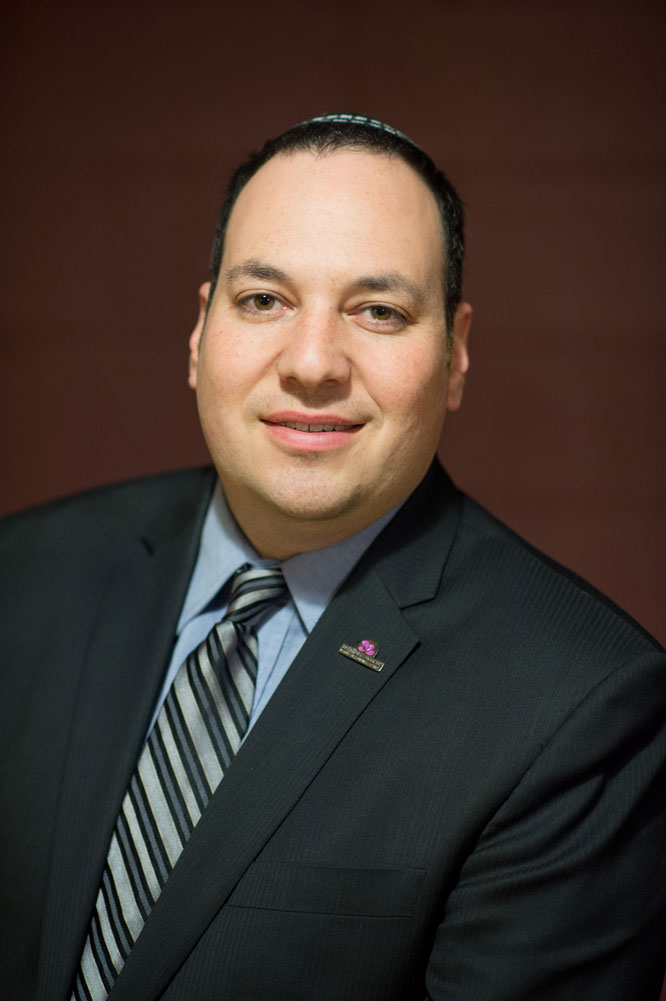 Adrian is the executive director of the Bradbury-Sullivan LGBT Community Center in Allentown. He previously served as president of Equality Pennsylvania where he led successful campaigns to advance non-discrimination and relationship recognition ordinances in municipalities across Pennsylvania and he served for three years on the Human Relations Commission of the City of Allentown. In addition to his leadership at The Center, Adrian serves on the advisory board for Pennsylvania Department of Health's Office of Health Equity, as co-chair of the Community Advisory Committee for LGBT Healthlink – a CDC-funded national tobacco and cancer disparity network, as a member of ACLU of Pennsylvania's board of directors and the Pennsylvania Medical Society's LGBT Health Disparities Task Force. He is currently completing his graduate certificate for LGBT Health Policy & Practice at The George Washington University. In his spare time, he enjoys contemporary art, vegan food, independent films, and hiking. 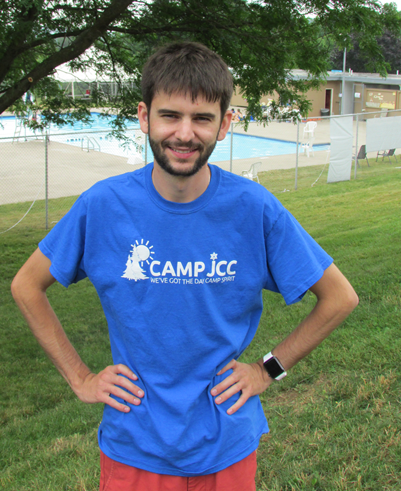 Mike is 27 years old and has lived in Allentown all his life. He has degrees in TV/film and early childhood education, and he’s currently working towards a degree in human development and family studies. He works at the JCC of the Lehigh Valley as a pre-K teacher and he is also the program director for the JCC summer camp in Center Valley. He has two dogs and a guinea pig named Esther, who doubles as the class pet. Summer camp and working with children are his passions, and his hobbies change weekly, but he always enjoys walking his dogs when the weather is warm and loves a good movie.