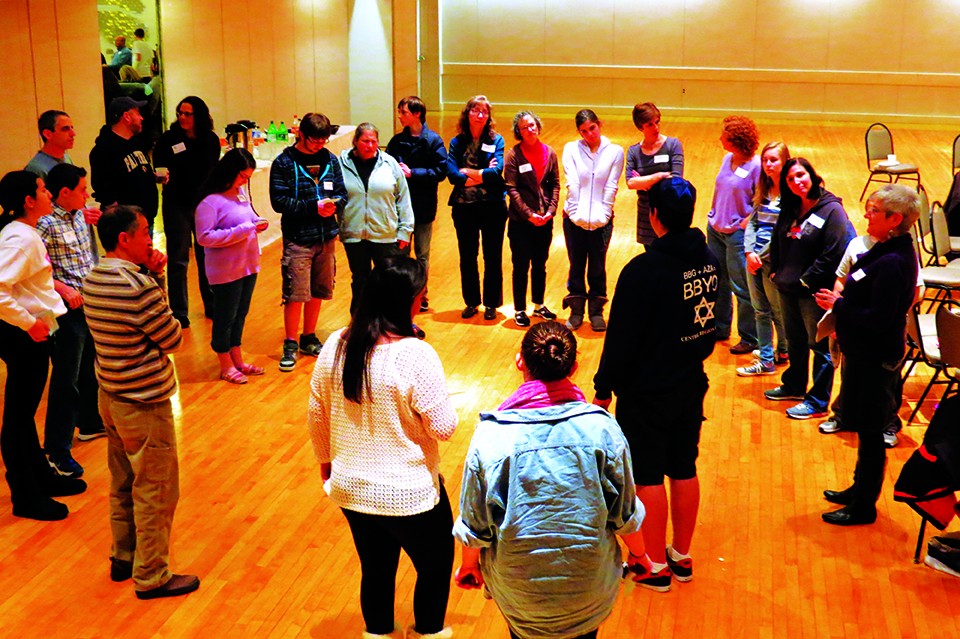 By Michelle Cohen
HAKOL Editor
The Jewish Federation of the Lehigh Valley’s Community Relations Council is partnering with the Anti-Defamation League on Feb. 12 to present two discussions on anti-Semitism and how Jews can respond to individual incidents and understand national trends.
“Our mission is to stop the defamation of the Jewish people and secure justice and fair treatment for all, so it’s with that mission in mind that we’re coming to do two separate and distinct pieces of work in the community,” said Nancy Baron-Baer, ADL regional director.
The first event, “The Rise of Anti-Semitism in the United States,” a lecture by Baron-Baer, will offer insight into the work of the ADL on an international, national and local level to combat increasing incidents of anti-Semitism. The lecture is co-sponsored by the Men’s Club of Temple Beth El, and will begin at 10 a.m. at Beth El.
At the event, Baron-Baer will touch on incidents of anti-Semitism around the world and closer to home. She plans to feature “international, national and local” examples, including the Anti-Semitism Awareness Act that the ADL is trying to pass on a federal level.
The second event is “Words Into Action,” a workshop facilitated by Randi Boyette, ADL associate regional education director. This interactive workshop, geared toward middle and high school students and their parents, is designed to provide the tools needed to respond to anti-Semitic events, and will begin at 1 p.m. at Beth El.
The event for students and parents will focus on confronting and challenging anti-Semitism.
“What I like about the intergenerational model is the conversation that happens during the workshop and after the workshop; this will open up a dialogue between students and their parents that might not have existed before,” Boyette said.
The program will focus on “what people’s experience is and how they’ve responded to it or not responded to it, and help them think about ways to respond to it in a productive and constructive way in the future,” Boyette said.
“Many people are frustrated because they’ve experienced it and not done anything,” she said. “It takes people by surprise, it’s very shocking for American Jews, and they often don’t know how to respond in the moment and after they wish they had said or done [something different].”
“The next time it happens, they won’t be immobilized by the surprise,” she added. “We’re equipping them, enabling them to choose to be able to respond in the future.”
“There’s value in people hearing that they’re not alone in this,” Baron-Baer added. “Very often, students and probably even adults who experience it don’t think other people are experiencing it as well, and it’s been very valuable for people to be able to look around the room” and see people who have shared experiences with anti-Semitism.
“That’s something that’s very valuable that comes out of this,” Baron-Baer said. “But it’s the ‘what are we going to do about it’ that I think is the most important part of this work.”
Boyette and Baron-Baer encourage anyone confronted with it to speak up against anti-Semitism.
“Anti-Semitism doesn’t define Jews. We’re not defined by how others treat us, but it is part of [our] history and reality as Jews, and it’s just a part that we need to acknowledge, know about [and] challenge,” Boyette said. “We don’t want to have people be overly upset and think that the world is not a safe place for Jewish people, but we want them to understand that it’s a reality and we just deal with it and if we think about it beforehand and we know it exists, if it happens, we can handle it better.”
For more information about either event, contact Aaron Gorodzinsky at 610-821-5500 ext. 337 or aaron@jflv.org​ or visit www.jewishlehighvalley.org​.