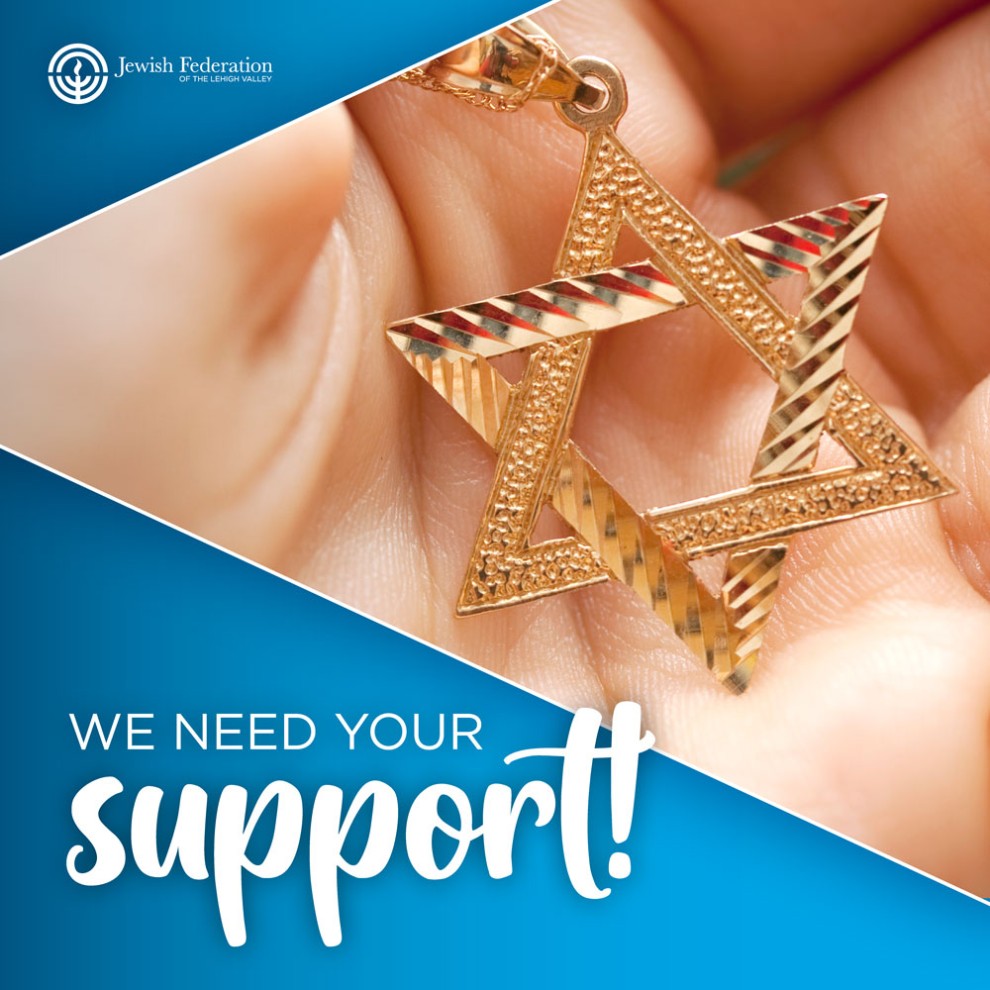 On Saturday, Jan. 17, Jews across the world waited with bated breath as the horror of a terrorist holding a rabbi and three of his congregants hostage at a Colleyville, Texas, synagogue unfolded on the news. All four hostages were eventually released, but the attack has shaken American Jewry in its aftermath. The Jewish Federation of the Lehigh Valley responded quickly to the incident, letting community members know that they are not alone.

“As always, we are doing all we can to keep our community, our synagogues and agencies, as safe and secure as possible,” said JFLV Director of Campaign and Security Planning Aaron Gorodzinsky.

In honor of the bravery of Rabbi Charlie Cytron-Walker and the other Jewish congregants taken hostage, Federation launched an emergency security planning fund and a social media campaign to stand in solidarity.

“We are standing against antisemitism and all hate,” Federation said in their Facebook post. “The Jewish Federation encourages everyone to donate $18 or more towards future security planning that will ensure a safe environment for all our community members.”

Members of the community are also invited to post a picture of themselves with a Jewish symbol to show their pride on Facebook or Instagram with the hashtags #HereForGood #LVJewishPride and #IAmJewish.

Links are also provided on the Federation website to activism campaigns encouraging Congress to double the funding for the Nonprofit Security Grant Program and to confirm Deborah Lipstadt as head of The State Department’s Office to Monitor and Combat Antisemitism.

“We will not remain silent in the face of antisemitism in our country,” said Jeri Zimmerman, executive director of the Jewish Federation. “We are not helpless, and we will make our voices heard.”

According to The Jewish Telegraphic Agency, Cytron-Walker said he wants Jews to know that despite what happened to him, he would stress to Jews everywhere that “it’s safe to go to shul” — and that synagogues should continue to make themselves sanctuaries for all.

Cytron-Walker’s 11-hour ordeal, which ended with him throwing a chair at the hostage-taker to allow himself and two congregants to escape safely, drew international attention to his congregation, as well as to himself. The rabbi said that it’s been “incredibly overwhelming to see the level of support that we have received from our local community, our national community and the global community. I can’t tell you how much it means to me and the congregation,” according to JTA.

The JTA also reported that top U.S. security officials told Jewish Americans on a pre-Shabbat webinar on Jan. 21 with at least 5,000 viewers that the attack in Colleyville, was a “terrorist attack on the Jewish community” and that authorities are continuing to investigate how the British Muslim hostage-taker got into the country.

“While there are still a lot of unknown details, we are committed to thoroughly investigating Saturday’s attack,” said Jill Sanborn, the executive assistant director of the national security branch of the FBI. “Let me be clear: The FBI is and has been treating Saturday’s events as an act of terrorism targeting the Jewish community.”

Visit jewishlehighvalley.org/security to donate to the fund and learn more about the petitions to Congress.