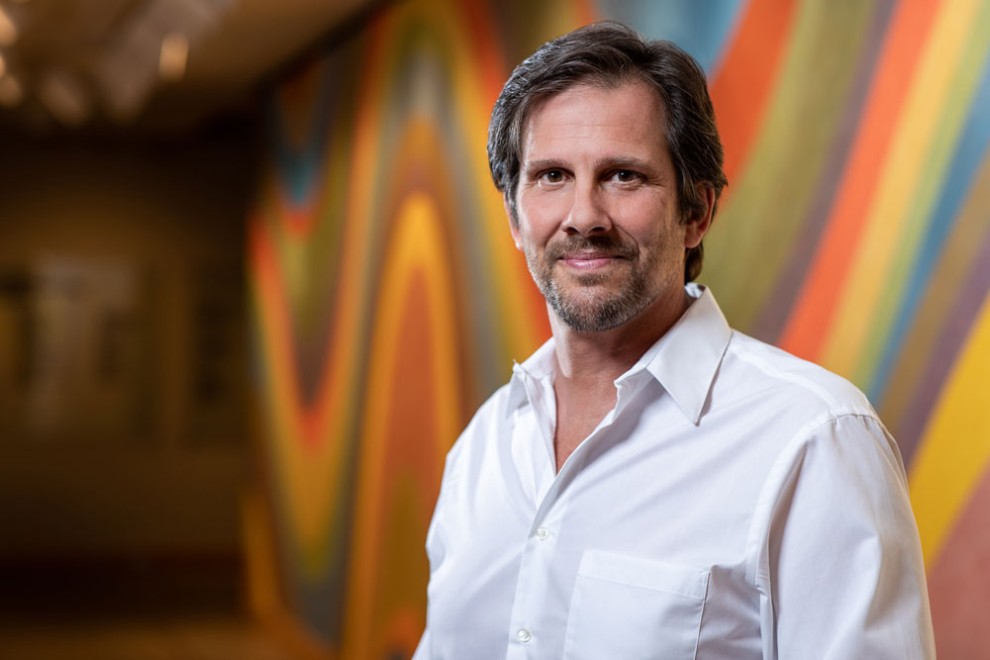 The Allentown Art Museum (AAM), a cornerstone of the Lehigh Valley’s cultural landscape and long-time sponsor of HAKOL, has welcomed a new president and CEO. Max Weintraub, an art museum professional with more than 20 years of experience in both curatorial and educational aspects of museum operation, moved here from Aspen, Colorado, to lead the AAM. In his new position, he will be responsible for the successful operation of the museum, including implementing the organization’s strategic plan; overseeing exhibitions, education and programming; building fundraising and donor capacity; and fostering productive community relationships.

Weintraub brings a stellar resume to Allentown. He was senior curator at the Aspen Art Museum in Aspen, where he was responsible for the museum’s exhibition program. Before that he was director and chief curator of the art galleries at the Herron School of Art and Design in Indianapolis. His experience includes eight years as a curator and professor of art history at Hunter College in New York, 10 years as a museum educator at the Whitney Museum of American Art in New York City, and seven years as a museum educator and film educator at the Museum of Modern Art in New York.

When asked about what led him to his career in art, Weintraub credited growing up in New York City, where he was surrounded by it.

“My parents first and foremost exposed me to it and immersed me in it,” he said. “Some of my earliest memories are at the Metropolitan Museum of Art.”

Born to a Jewish father, Weintraub is proud to identify as a Jew and embraces that part of his personal heritage.

“I deeply connect with and identify with that side of my upbringing. I always talk to my father about his parents, who came over as babies around the turn of the last century as Jewish emigrants from Poland and Romania. I associate my deep commitment to social justice to my father and to the way in which I was brought up,” he said.

Weintraub hopes to work toward those goals by increasing the outreach of AAM.

“I am delighted and humbled to join the Allentown Art Museum and to become a member of the Lehigh Valley community. I am excited about this opportunity to enhance the museum’s mission as a vital resource for its diverse audiences. I believe in making art accessible and meaningful to all, and I will continue to advance these principals as the AAM grows,” he said.

Weintraub puts priority on ensuring that the museum continues to be a resource for the community.

“My primary mission first and foremost is to make sure the museum continues to be a catalyst in inclusive representation and positive change in the community we serve,” he said. “What I envision the museum being is this sort of wonderful artistic holding doing programming with various members of the community.”

Weintraub’s hiring comes at a forward-looking time for the AAM, which reopened to the public in August using COVID-safe measures and plans a public unveiling of its recently reattributed Rembrandt, “Portrait of a Young Woman,” amid a downtown Allentown rejuvenation that is poised to regain momentum following the pandemic.

“It is clear that Allentown is on a positive trajectory with cultural and professional development,” Weintraub said. “The Allentown Art Museum is perfectly poised to help fuel that charge. Because we are perfectly situated between Philadelphia and New York, we can maximize connections with artist communities that I have worked with for decades. People want a dynamic, intimate, personal experience at a museum – and our size and wonderful world-class collection is perfectly positioned to deliver that.”

“The highways were getting shut down. I made it out, and it was one of the last busses to make it from New York City to the museum. You’d think it would have been a poor turnout from the local community, but it was incredibly well-attended, the energy and enthusiasm was incredible. It was such a memorable moment to see the community support.”