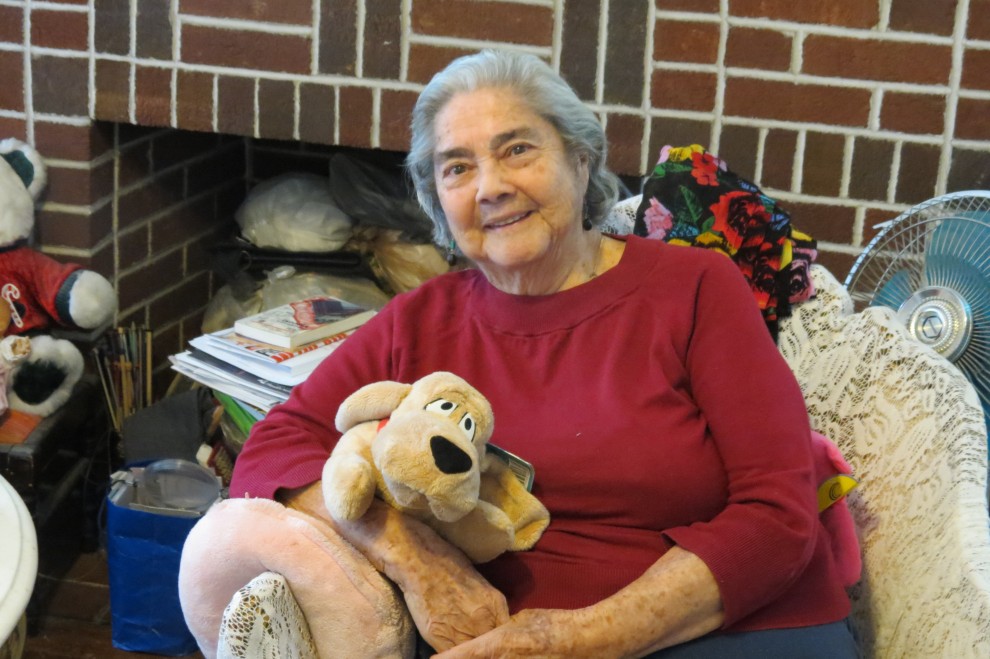 Juana del Solar is not Jewish, yet she attributes all the good things that have happened in her life to the Jewish people.

Now, at almost 91, she hopes to give something back – by donating her Allentown duplex to benefit the Jewish community.

Sitting down for an interview in that duplex, del Solar slips in and out of her native Spanish while trying to explain her reason for making the donation. But what it comes down to is simple: “You are nice with me, I never forget you,” she said.

Growing up in Chile, del Solar became acquainted with the Jewish people early on – particularly after an influx of Jews arrived after World War II. As a teenager, she coifed up her hair and made herself look older to secure a job at a clothing factory owned by a Jewish family.

“If the factory wasn’t owned by a Jewish person, I wouldn’t take the job,” she said. “I found good with the Jews and I made good relations.”

Of all the girls in the factory, the owner’s wife chose her to be her companion. “Mrs. Cecelia” had four grown sons and was looking for friendship, so del Solar would stay with her on the weekends. They would go shopping together, to the swimming pool – “I was like a queen,” she said.

She did marry for a time – “I don’t know why I didn’t marry a Jewish guy when I was in Chile because there was a lot of people Jewish” – and moved to Uruguay with her husband. There, she met another Jewish family who set them up with a place to live without even a down payment.

After her marriage ended, del Solar immigrated to the United States in the 1960s.

She was working in New York as a knitter when she found herself with an unexpected day off. Rather than mope about the loss of a day’s work, she headed to Coney Island. While she was lying on the beach, a young man approached her. She was intrigued, as he spoke some Spanish. She hit it off with Allen Kirstein, a Jew, of blessed memory, and the two maintained a relationship for almost 50 years.

Once living in Allentown – Kirstein would visit regularly – she quickly built relationships with several local Jewish families – framed pictures from some she has remained close to still adorn her shelves.

She worked for a time for Art and Phoebe (z”l) Altman, caring for the home and the children during a time of need. She also spent time working for Harold and Linda Kreithen.

Eva Levitt, who currently serves as president of the Jewish Federation, met del Solar about 40 years ago through someone who worked for her. She has continued to keep in touch and offer help when needed ever since.

“She’s always been very explicit about how she’s very thankful to Jewish people,” Levitt said. “She’s had very close relationships and … she thinks of them with warm and fond feelings.”

Five years ago, with Levitt’s encouragement, del Solar struck up a relationship with Jim Mueth, the new director of planned giving and endowments at the Jewish Federation.

“It was interesting, if I called her around a Jewish holiday, like on Rosh Hashanah, she would wish me a happy new year,” Mueth said. “I was always amazed by her story and the relationships she has made with people here.”

Mueth – who del Solar affectionately calls “Jeemy” – has kept up a close relationship with del Solar since then. He checked in every couple of months, and since Kirstein passed about a year ago, his visits and calls have become even more regular.

“A couple of years ago, I drove her to Nazareth and we had lunch with Art Altman,” Mueth said. “They hugged when they saw each other and they reminisced. You could see the obvious affection and even though they hadn’t seen each other for some time, they just slipped into conversation like little time had passed.”

“I just think it’s a lovely thing,” Levitt said of del Solar’s plan. “She doesn’t have any family and this is a really lovely thing for her to do. I think it’s a sign of appreciation for the relationships that she’s had.”