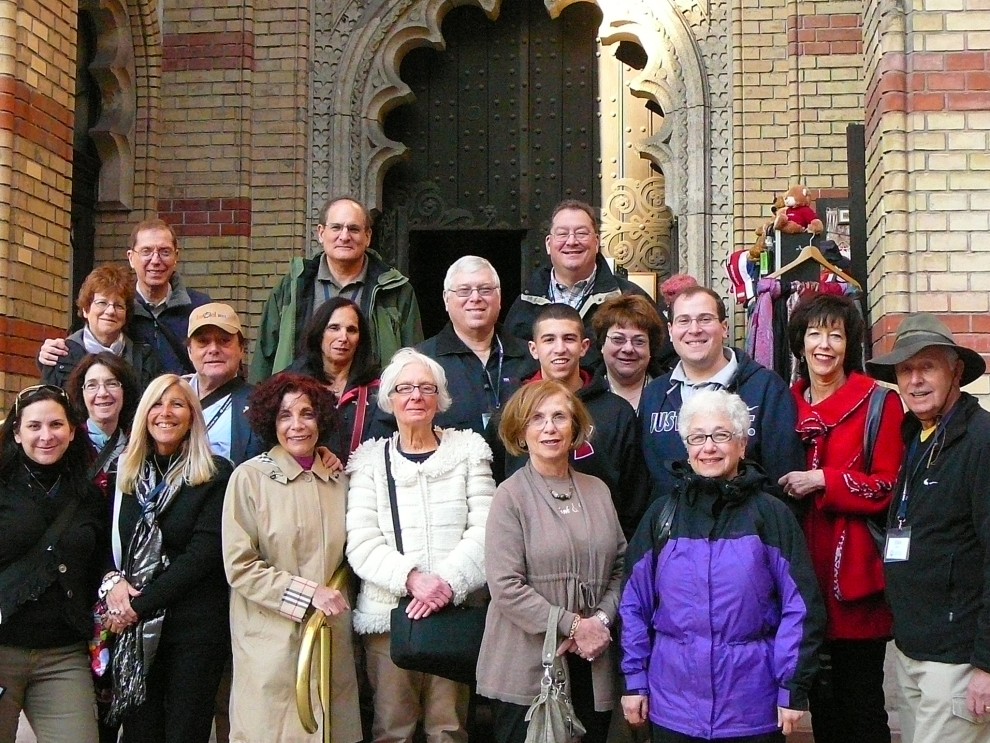 By Michelle Cohen
HAKOL Editor
Eva Levitt, a longtime resident of Allentown who has been involved with the Jewish community in many different ways, has enjoyed deepening her connections to Israel over the course of eight Jewish Federation missions. Now she’s getting ready for mission number nine this April.
“First of all, I love going to Israel,” Levitt said when asked why she keeps going back. “Second of all, each mission has its own uniqueness,” she added, recalling several experiences across a variety of missions that helped her delve deep into the history and the vibrant community of modern Israel.
The trips include tourist destinations in addition to the theme of each trip, which dictates its main attractions. “Going to the different markets, like the Carmel market, is very exciting and all these people selling foods … it makes our farmers’ markets here look like nothing. That’s always nice to do, and going to the Great Synagogue in Jerusalem is an awesome thing to see and of course Yad Vashem is beyond description,” Levitt said.
The trips take on more meaningful aspects as well. “I have the Catholic people who saved my mother and me during World War II memorialized in the Garden of the Righteous Gentiles. It was, for me, very special to go and see their names under a tree.” Levitt said. “If you keep in the back of your mind that there was nothing and the Jews built all this, it’s just a very unbelievable thing to see. It’s unbelievable what the Jews have done in Israel.”
On one particularly meaningful mission, Levitt and her group visited lone soldiers, who volunteered to join the IDF from around the world and often do not have family in Israel. When engaging in conversation with one lone soldier, she recalled, he asked where she was from, and after conversing with his grandfather, the soldier discovered that his grandfather knew Levitt’s family from Czechoslovakia from before World War II.
In addition to going to Israel, some Federation missions include traveling to other destinations where the Jewish Federation supports programs to create community and enrich lives for Jews around the world. Levitt has traveled to Budapest, where she observed a “hopping” JCC filled with people of all ages engaging in programs.
Levitt has made several lifestyle changes thanks to her mission experiences, as well. After spending time in Neve Michael, a village where young people can stay during the week if home life is too big of a challenge, she was inspired by how the caring house parents in the village “really made a difference in these children’s lives. I was so inspired by this that I started my knitting project and half of it goes to Neve Michael and half of it goes to a soup kitchen in Jerusalem,” she said. On another trip, when she went to the Technion and got inspired to wear a new type of shoes invented by Israeli orthopedists, she ended up being able to cancel a knee replacement surgery. “Every time I go, there’s something unbelievable, something inspiring, and it just gives me a high, and I hope the people who go in April will feel the same way,” she said.
Levitt encourages other members of the Lehigh Valley Jewish community to join Federation missions. “I always found that each mission does something new that I see or learn, and the mission in general is very inspiring and gives me and most of the people who go a real boost about how they feel about Israel and how fantastic it is to see what this country has accomplished,” she said.
The 2017 Federation mission will run from April 24 – May 3 with an optional extension May 2 – 5. Interested in an Israel experience with endless possibilities? Call 610-821-5500 or email Mark Goldstein at markg@jflv.org or visit www.jewishlehighvalley.org/missions.