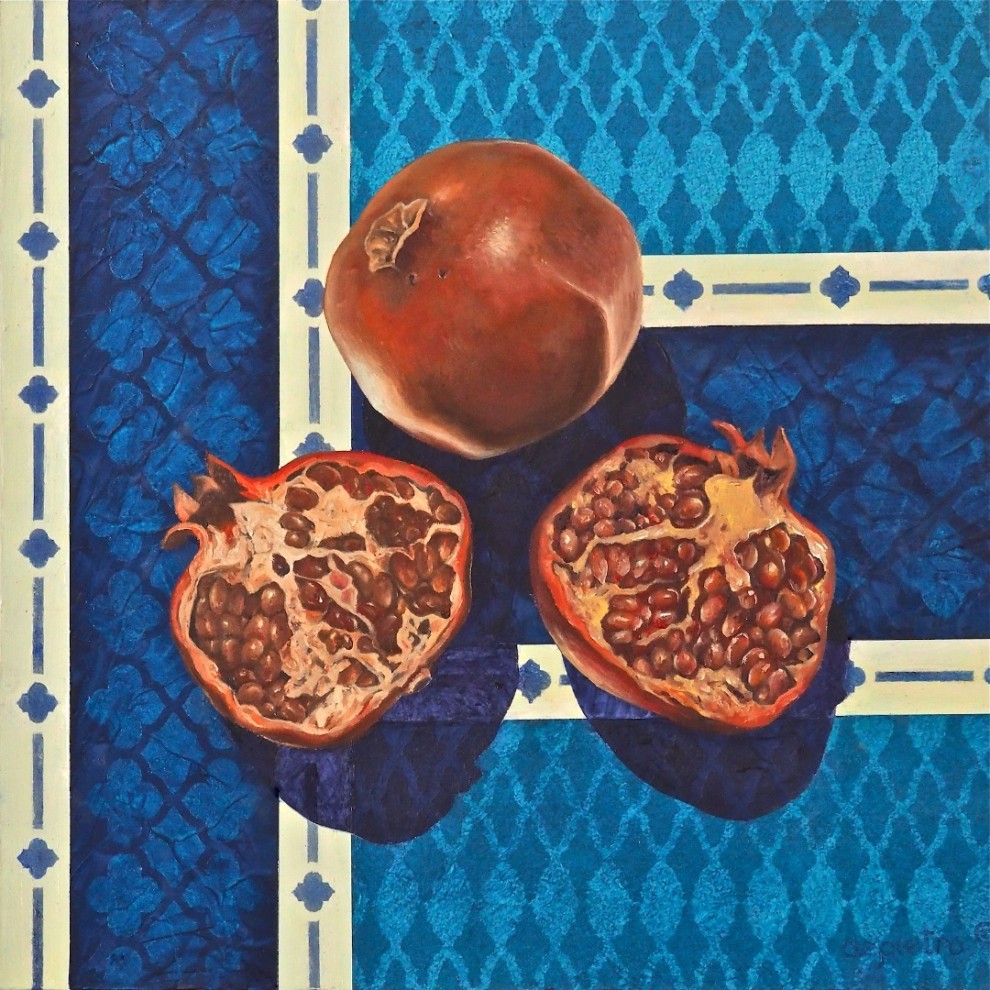 By Karen Albert
JCC of the Lehigh Valley

Come meet two artists under the influence (of each other.) On Jan. 14, Richard Begbie and James DePietro will be exhibiting their work in the Gallery at the JCC. The show runs until Feb. 25.

Richard Begbie is a photographer with a degree in graphic arts and photography from the Rochester Institute of Technology and additional academic degrees from Indiana University and Cedar Crest College. Begbie is a member of the Lehigh Valley Photography Club and the Bethlehem Fine Arts Commission.

His award-winning works have been shown extensively in the Lehigh Valley area, including the Allentown Art Museum, Reading Public Museum and The Sigal Museum. He has had solo exhibitions at various local colleges and is represented in many private collections. Richard’s photographs show both the realistic subject and the abstract elements. He concentrates on the natural textures and colors, presenting a multi-layered image to the viewer.

James DePietro is an award-winning educator and Lehigh Valley regional artist. DePietro taught in the Bethlehem Area School District for 35 years. While there, he incorporated Arts in Motion programs in many of the elementary schools. James was highly involved in the annual elementary student art shows in the area. He was nominated three times for the Bethlehem Educational Scholastic Trust’s (B.E.S.T.) Award for Excellence in Teaching, winning the honor in 2008. That same year, he received one of The Top Educators in the Lehigh Valley Awards. He is currently working with the Bethlehem Fine Arts Commission helping to organize on-going exhibits for regional and emerging artists.

DePietro has exhibited his work in New York , Bucks County, Reading and at the Allentown Art Museum. He has had one person shows at Penn State University, Martin Gallery at Muhlenberg College and at Goforth Rittenhouse Gallery in Philadelphia. His artwork has also been seen in Lehigh Valley Style Magazine, Arts Alive and American Artist Magazine, and his work was accepted in to the 2014 Art of the State Show at the Harrisburg State Museum of Pennsylvania.

Begbie and DePietro have lived together for over 40 years, yet they hadn’t recognized the similarities in their art, which is created in different media and styles. When they began assembling their individual work for the show, they noticed some links in subject matter and in the composition itself. Sometimes Begbie’s photograph would inspire one of DePietro’s paintings; at other times, the painting influenced the photograph. This exhibit exports and celebrates this creative process.

You can view more of the artists’ works at their websites, www.jamesdepietro.com and www.richardbegbiephotography.com.