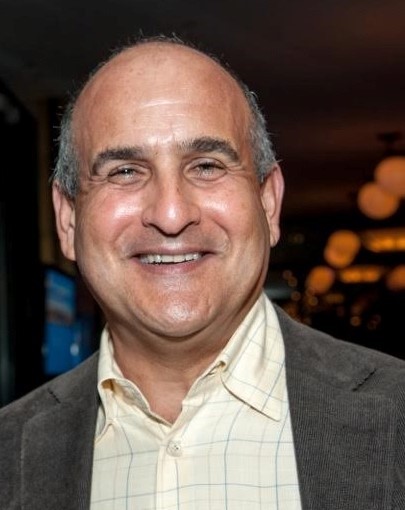 To Wayne Woodman, Ben­Gurion University cannot be separated from the land where it resides. "The university and the Negev are absolutely intertwined," he said.

For the past 11 years, Woodman himself has also become intertwined in the catalytic relationship between the desert and Ben­Gurion University, and his dedication to the university has not gone unnoticed. On Nov. 8, Woodman will be honored by the American Associates of Ben-Gurion University's Mid-Atlantic Chapter at their 2015 Tribute Brunch honoring powerful voices for Israel.

Woodman, a national vice president of AABGU, has spent his professional life in the investment man­agement business. He first became involved with Ben­Gurion University through his wife, Lisa Scheller, who was honored by the AABGU in 2013. In 2004, his father-in-law was being honored by the university, and he and his wife were invited to Israel to film a short piece commending his commitment to BGU.

"I had never been to Israel before, and I had never been down to the Negev or paid much attention to that area," Woodman said. "When I went on a tour of the university, I was very impressed by the facilities and decided to get involved myself."

In 2014 Woodman and Scheller established the Woodman-Scheller Gradu­ate Fellowships in Israel Studies, a matching fund created with Roberta and Ernest Scheller, Jr. Every spring, Wood- man visits BGU with a guest-this year his son Andrew-for a teaching and learning experience. "The idea is to formalize the manufacturing of fu­ture leaders," Woodman said. "We created a pro­gram that recruited 20 people who were younger leaders in the Jewish community to train them about the university and the Negev. We took people to Israel and other parts of the Negev, and many of them had never been there before."

Ben-Gurion University was established with the aim of promoting the development of the Negev desert that comprises more than 60 per­cent of Israel. The university was later renamed after Israel's founder and first Prime Minister David Ben-Gurion, who believed that the Negev was central to the country's ability to thrive and survive into the future.

Today, Ben-Gurion University is a center for teaching and research with about 20,000 students. Much of its research focused on how to make desert conditions more livable, including water and solar research. "The work the univer­sity does under its mandate is to bring BGU' s vision of settlement into the realm of possibil­ity," Woodman said. "It attracts a different kind of student, ones who have a pioneering spirit already in them."

Woodman is also proud of the way BGU has created opportunities for young Israelis that don't exist at other institutions. "Unlike other elite institutions, BG is a school where people who aren't part of the elites have an opportunity to be trained into occupations where they can be successful," he said.

Here in the Lehigh Valley, Woodman served two terms as chairman of the Lehigh County Republican Committee. He has forged close relationships with elected officials at the national level and is a powerful voice on behalf of Israel. He is a former board member of the JCC of Al­lentown, and currently serves on the board of Keystone Conununity Hope.

Woodman encouraged others to get involved and offered some advice on how to make the greatest impact. "Find what you're passionate about, solve a problem and get involved person­ally," he said.

For more information about the AABGU 2015 Tribute Brunch, click here.