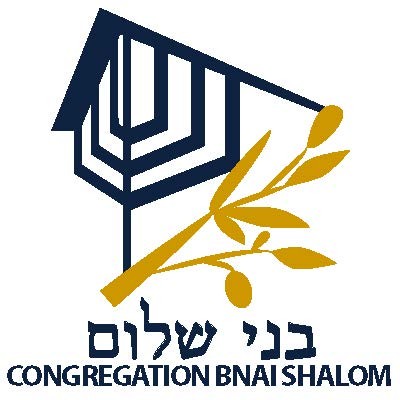 Now that Bnai Abraham Synagogue and Temple Covenant of Peace have officially merged into Congregation Bnai Shalom in Easton, they are housed in the former Bnai Abraham Synagogue building. The former Temple Covenant of Peace property on Northampton Street has been sold to Life Church, who officially made it their Easton campus on Feb. 14. Though initially there was the possibility of selling the property to 7-Eleven, plans changed and the historic building will live on as a house of worship as it was intended. Bnai Shalom Co-President Dr. Marc Abo says his congregation and Life Church may team up to do charitable outreach in the city in the future.

Abo and his wife, Aliette, were integral in the process of handing over the keys of TCP to the church. While Marc has spent the past two years dealing with administration, Aliette volunteered for nine months with the preparations of cleaning out both buildings, which are both approximately 14,000 square feet. And in the final weeks before the move, she worked several hours a day to photograph and catalog over 150 Judaica items and ensure the movers had the proper labels for each carefully wrapped package. Forgotten treasures were uncovered from family prayer books to letters from two past U.S. Presidents. Some of those items were returned to their families of origin and some will be lovingly hung in the new building, while still others are destined for a future exhibit at the Sigal Museum in Easton.

“Due to the pandemic, we could not risk anyone’s health. It was an Herculean effort from an amazing small group of people. We had a handful of people, including myself, cleaning and organizing our home. I felt like it was Pesach for nine months. We still have a lot of work to do. This is an enormous task, but it will get done with a great deal of respect. There is a home and a place for all of our artifacts,” said Aliette.

One item that will be displayed prominently at the new joint building is the 600-pound olive branch which bedecked the outside of the former TCP synagogue. That symbol was incorporated into the new Bnai Shalom logo along with the outline of the former Bnai Abraham building, which now is home to the merged congregation.

Marc considers the completed merger, after the third attempt over at least 40 years, a miracle. He considers the fact that they were able to sell the building another miracle. With the two congregations, who each had their own struggles, to get together and support each other “was like a marriage made in heaven.”

Aliette added, “In spite of financial crossroads and decrease in members, a wonderful, vibrant and excited congregation has created a dynamic partnership. Our founders had a dream, inspiration and hope for a Jewish identity in a Jewish community. It is ironic that on Nov. 21, 2019, I was one of the co-chairs through Federation of the Hatikvah 6 concert, the last gathering of 400 people in our community since the pandemic. Hatikvah means hope. Unity in the community was our theme, and I only hope that our legacy continues in Easton. We will be praying, singing and dancing together. There is a story to be told from the past and now a new story will unfold with the next generation. I have such faith in our youth!”

Harvey Cartine, Bnai Shalom’s other co-president, said, “After a very hectic January with the logistics of moving, we are looking forward to the end of the pandemic so that we can celebrate and pray in person as one congregation. [In our “Meet the Presidents” interview in the January 2021 issue of HAKOL], I said we were looking forward to meeting new people and making new friends. To some extent this was reinforced by the support we received by past Bnai Abraham members during our move. I am particularly grateful for the enthusiasm and effort that Aliette Abo provided during our move from one building to our current Bnai Shalom home.”

The leaders are hopeful for the future of their congregation. In addition to helping to coordinate the move, Aliette has been assisting older members in signing up for the COVID-19 vaccine, resulting in 53 vaccinations so far. They hope that as more members get vaccinated, they will finally be able to celebrate their merger in person in the fall with newly restored Torahs from both Bnai Abraham and TCP.

“I’m feeling very upbeat and optimistic,” said Marc. “There have been a lot of people who have put in a lot of work. It wasn't easy to get to this point, but now that we’re here, we're just happy. We’re looking forward to the end of the pandemic so the religious school can be revitalized again. We have a lot of wonderful people, and I think this is just a win for us all.”

“We realize we are one people. It doesn't really matter what demographic, denomination or affiliation you are, we are really one people. Everyone’s really on board now, and our mission is not only to worship together, but to create an incredible community, that we thrive and survive, that it will grow and prosper,” added Aliette.

Rabbi Melody Davis is hopeful that her new congregation will adjust well to the transition.

“Any time one leaves a home, it is with mixed emotions. Temple Covenant of Peace has been 'home' for me for 11 years. I am pleased that it will continue as a house of worship. Frankly, the thought of it being razed to make way for a 7-Eleven was not a happy one. While it won't be 'home' for me any longer, the building will still be there and I can wave 'hello' as I drive by. What does it mean for Bnai Shalom? I hope it means that we can come together under one roof as a united family. I am praying that we can make our new/old home comfortable, accessible and a true marriage reflecting both of our histories and traditions,” Davis said.