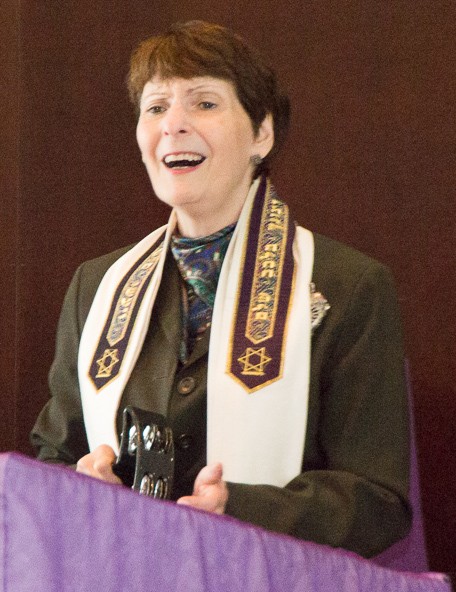 After decades of discussion, the merger of Bnai Abraham Synagogue and Temple Covenant of Peace in Easton is finally complete. As of Aug. 1, members of both congregations will be joining together as one congregation named Bnai Shalom.

Rabbi Melody Davis, who was formerly the rabbi of TCP and has been leading both congregations, will continue on as the clergyperson for the new joint congregation. Bnai Shalom is in the process of setting up the former BAS building as their new home. As part of that transition, as seen in an article on page 16 of the July 2020 issue of HAKOL, members are invited to retrieve artifacts donated to TCP if they wish to have them returned to their families.

As the members of Bnai Shalom adjust to becoming one official family, Davis is optimistic.

“I think we will be a much stronger, more vibrant congregation together,” she said.

By being able to combine their resources, both financial and manpower, Bnai Shalom hopes to keep the centuries-old Jewish tradition alive and well in the city of Easton.

“The joining together of Temple Covenant of Peace and B'nai Abraham Synagogue makes it possible for the Jewish community of Easton to remain vibrant. Congratulations to both congregations for achieving this very challenging goal,” said Jerry Weisberger, past-president of BAS.

“This merger is a reaffirmation of our commitment to keeping an active and vital Jewish presence in the greater Easton area,” agreed TCP Past-President Mark Gutman.

One significant challenge that was overcome was that of deciding upon which denomination to be affiliated with. BAS was a Conservative synagogue, whereas TCP was Reform. As the Conservative movement does not recognize patrilineal descent but the Reform does, the members of BAS graciously decided to make Bnai Shalom officially a Reform congregation. This way, the children of Bnai Shalom will have access to all of the programming like summer camp that is such a big part of growing up Jewish.

“What a huge sacrifice that is,” said Davis of the decision for the BAS to give up that part of their identity. “It was truly a huge thing.”

That was just one of the many obstacles overcome throughout the multi-year business of blending two shuls.

“I can’t say it’s been totally easy, but it’s very satisfying now that the end is here and it's going to be effective,” said Dr. Marc Abo, co-president of Bnai Shalom. “We believe in unity in community, and we expect a bright future. There’s been a lot of very hard work done by a lot of people, hundreds and thousands of volunteer hours.”

His fellow co-president, Harvey Cartine, also commended the efforts of their members to invest in the future.

“We wanted to create a much more vibrant and lasting Jewish community in Easton.
And so, we focused on that — not on what are we going to do to keep us afloat tomorrow, but 20 years down the line. That’s the vision, the goal,” Cartine explained.

He thinks that what Bnai Shalom has accomplished could hopefully be a model for other communities facing similar challenges in the future. For now, though, Bnai Shalom is focused on facing their next big challenge—creating a new culture for themselves.

“Change is so, so difficult. Even if it’s for good, it is fraught with memory and emotion,” said Davis. “We make resolutions to do better every year. I am hoping our resolution as a community is to be patient with each other in this marriage. Developing a whole new tradition with a new community. And that’s exciting and that’s frightening and that’s wonderful.”

If you or members of your family have gifted any legacy items that you prefer returned to your possession, please contact Irene at 610-253-2031.