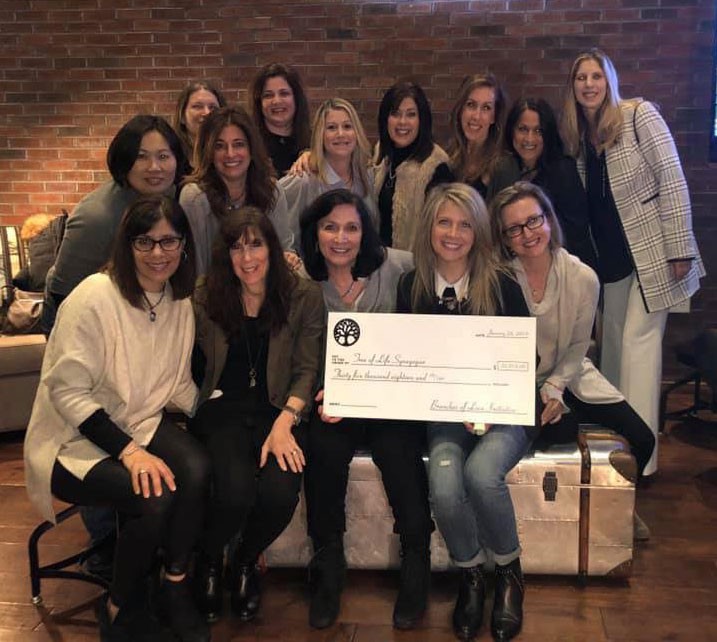 In the aftermath of the shooting at a Pittsburgh synagogue in October, 18 local women sprang into action.

They wanted to do something to promote tolerance and understanding among people of different faiths, a way for Jews and non-Jews to stand together as one.

The Branches of Love Initiative was born.

The women, who had traveled to Israel and studied together with the Jewish Federation of the Lehigh Valley and the Jewish Women’s Renaissance Project, began assembling, packaging and selling Tree of Life necklaces.

The effort went viral. After only a couple of months, they had sold enough necklaces to raise $35,018 for the Tree of Life Synagogue in Pittsburgh, where the shooting took place.

For this incredible effort – which started here in the Lehigh Valley and touched people across the United States and in countries around the world – the Branches of Love Initiative is this year’s recipient of the Mortimer S. Schiff Award for Prejudice Reduction.

“The necklace served as a powerful symbol at a time when emotions were raw and the interfaith community was reaching out and wanting to help. Anyone wearing it was essentially saying ‘we stand with you,’” said Jeri Zimmerman, executive director of the Jewish Federation. “This initiative truly embodies the spirit of this award.”

Established in 1999 by Vera Schiff to honor her husband Mortimer’s memory, the Schiff award is given to members of the Lehigh Valley community who are committed to spreading and teaching tolerance by both word and action. Past recipients include Cantor Kevin Wartell, the Rev. Dr. Peter Pettit and Eva Levitt.

The Schiff Award will be presented on two occasions: first, at the Federation’s Community Celebration & Annual Meeting on Wednesday, June 12, and again on Monday, June 17, at the Mortimer S. Schiff Memorial Golf Tournament.

The tournament raises money to promote the same objectives as the Branches of Love Initiative – prejudice reduction and tolerance education.

The Community Celebration & Annual Meeting will take place on Wednesday, June 12, at 6:30 p.m. at the JCC of the Lehigh Valley. It is free and open to everyone. Registration for the golf tournament at Lehigh Country Club on Monday, June 17, is open until May 17, including the option to attend dinner only, where the award will be presented. To learn more, visit www.jewishlehighvalley.org/golf.