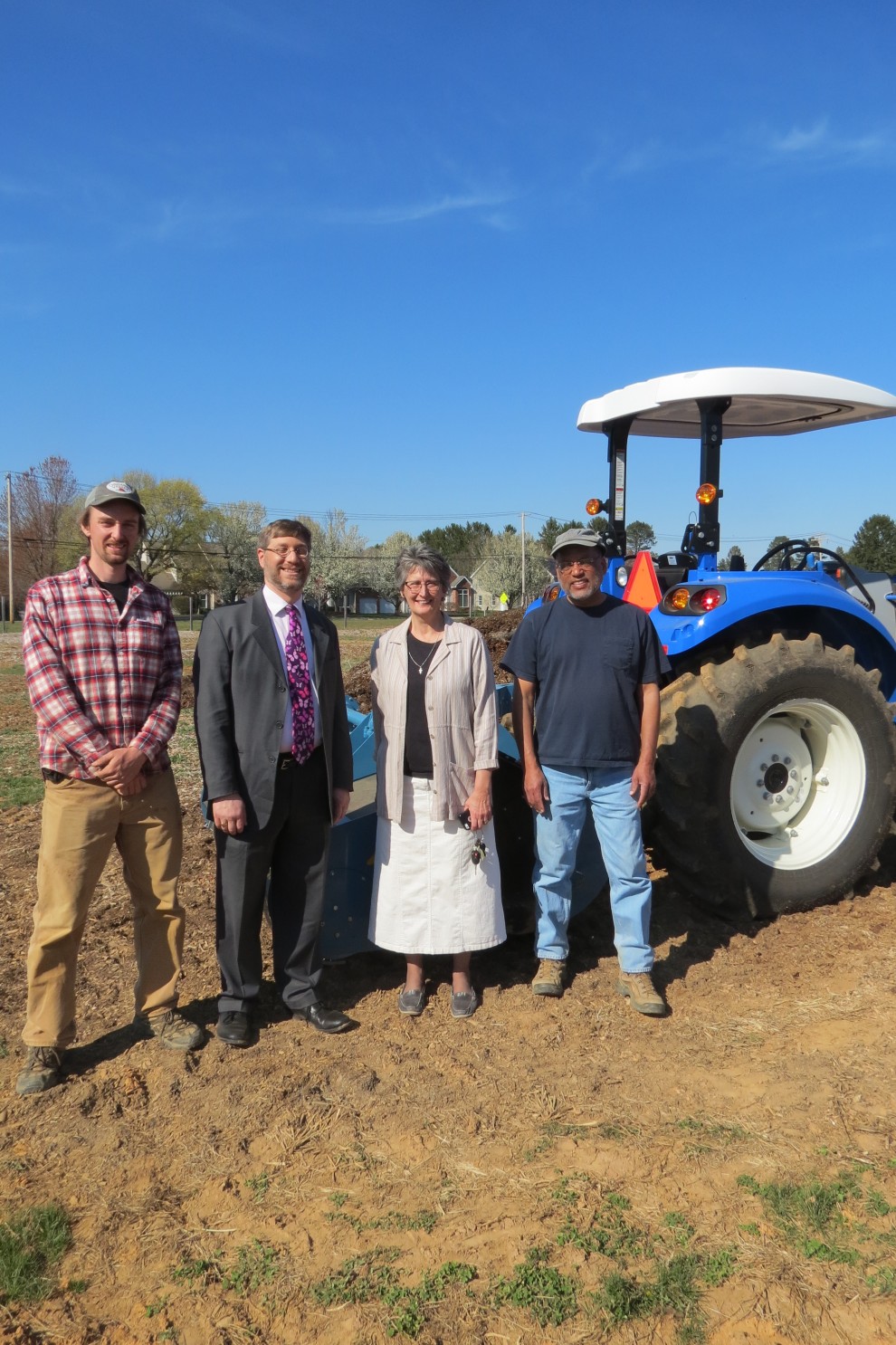 Just down the street from Congregation Brith Sholom in Bethlehem sits Monocacy Manor, property of the School Sisters of St. Francis. The sisters acquired the land in 1947 – originally 124 acres – and after easements and selling a chunk to a developer, today about 40 acres remain in their possession.

“We wanted to make sure that what we did with the remainder of the property was sustainable,” said Sister Bonnie, director of the Monocacy Farm Project.

The sisters took a section of the property, enclosed it in deer fence and their organic garden began.

About half of the garden is farmed by a private CSA. A small section of community garden allows families to plant their own harvest. The rest of the garden relies on the work of volunteers and is overseen by Bob Drake, who produces lists of tasks each day for those wishing to help out. “Every day that it’s not raining, I will have work,” Drake said.

His harvest – focusing on staples like green beans and carrots – will all be donated to soup kitchens and food pantries across the Lehigh Valley, including Jewish Family Service.

“To be able to provide fresh organic produce to people who have such limited income, it opens them up to a lot of possibilities that they wouldn’t have in terms of their nutrition and their eating,” said Rebecca Axelrod-Cooper, community impact coordinator at JFS.

After receiving a call from Sister Bonnie last year, Rabbi Michael Singer of Brith Sholom said his congregation was more than willing to help out.

“Our congregation is really fired up about it,” Singer said on a recent trip to the farm. “People need a diet that includes fresh vegetables and things that are nourishing to body and soul.”

In addition to contributing financially, Singer said he expects to have congregants out working the fields this summer.

“This ties with both of our religious traditions,” Singer said of the partnership.

“Getting people who care about humanity and the earth to work together,” Sister Bonnie said.

To learn more about the Monocacy Farm Project, CLICK HERE.