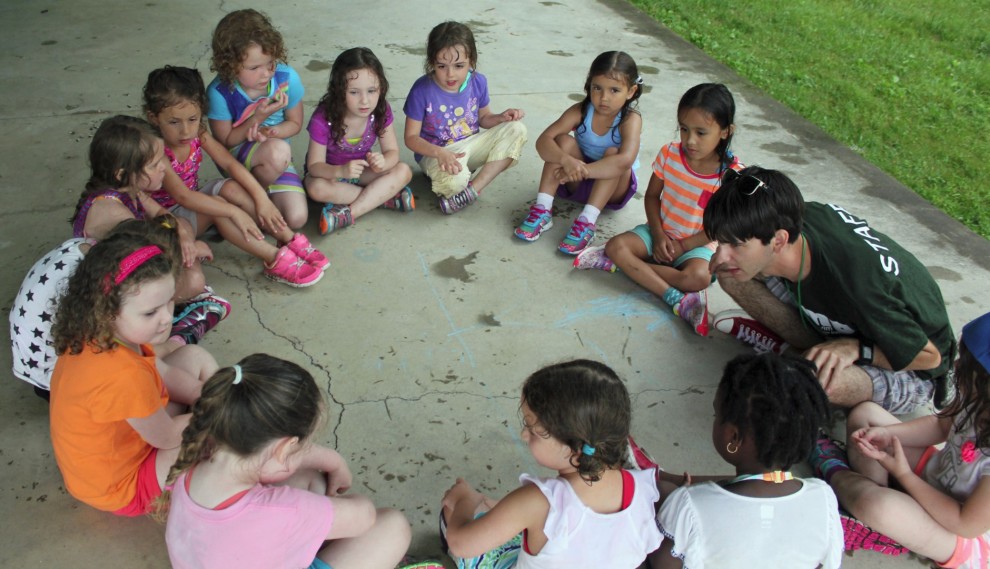 Despite the lingering extra-cold temperatures, Lehigh Valley families are looking ahead to summer camp. Here, several people reflect on their own camp experiences, even as some prepare their children’s summer plans.

Mickey Freeman is a camp expert. Starting from his early childhood, Freeman attended Camp JCC. When he outgrew his camping days, he became an aide, a junior counselor, a counselor and eventually the assistant director.

Freeman’s experience of working with campers and leadership staff at camp went beyond the regular camp day. “I used to really like the overnights, they were always an adventure.”

The memory that stuck with Freeman while thinking back on his camp experience was the presence of music. “Both as a camper and a leader, I did song leading.”  Music was a way to bring the whole camp community together.

Freeman’s mother was a Jewish nursery school director and his father worked at Temple Beth El. Through his Jewish camp experience, specifically Oneg Shabbat, the Jewish values Freeman learned at home were reinforced.

From the summer after third grade to the summer after eighth grade, Carol Wilson attended Camp White Pine in Haliburton, Ontario. “I can remember sitting by the lake on big rocks. We would talk about life and the universe.”

Today, Wilson sends her children Ben, 15, and Rebecca, 11, to URJ Camp Harlam. ”It is remarkable watching them become independent, make new friends and test the waters in a safe place.”  Ben and Rebecca will tell you that their favorite part about camp is Shabbat, when the whole camp comes together dressed in white, sing songs and experience a sense of community. As a mother and a former Jewish camper herself, Wilson loves watching them make friendships that will last their whole lives.

Monica Lemelman reflects on her time as a camper at Camp Massabeeth, a Hebrew-speaking, Jewish camp. “I loved Havdalah services. People would march in with candles and we would sing.”

Through singing Jewish songs, Lemelman began to shape her Jewish values. “I learned about the beauty of the holidays and Shabbat, and learned how to enjoy being Jewish with other Jewish kids.”

Although Camp Massabeeth no longer exists, Lemelman holds the memories she had from there close to her heart. She wanted her children to experience the same magic that she felt at summer camp, and sent them to Young Judea Camps.

Robby Wax started going to Pinemere Camp in Stroudsburg  when he was 8 years old. Wax, as an adult, is still in the midst of his camp experience. He continued as a counselor until he was 19, and continues to participate now as president of the board.

Having had such an incredible camp experience, today Wax sends his two sons to Pinemere Camp. “When we pick up our older son, he asks if he can stay for a third session, but there is no third session. If he could move out of my house and live at Pinemere, he would be very happy.”

As a camper, Wax was unaware of the Jewish values that were being instilled in him. As a parent, however, he sees his sons learning about the importance of Judaism.