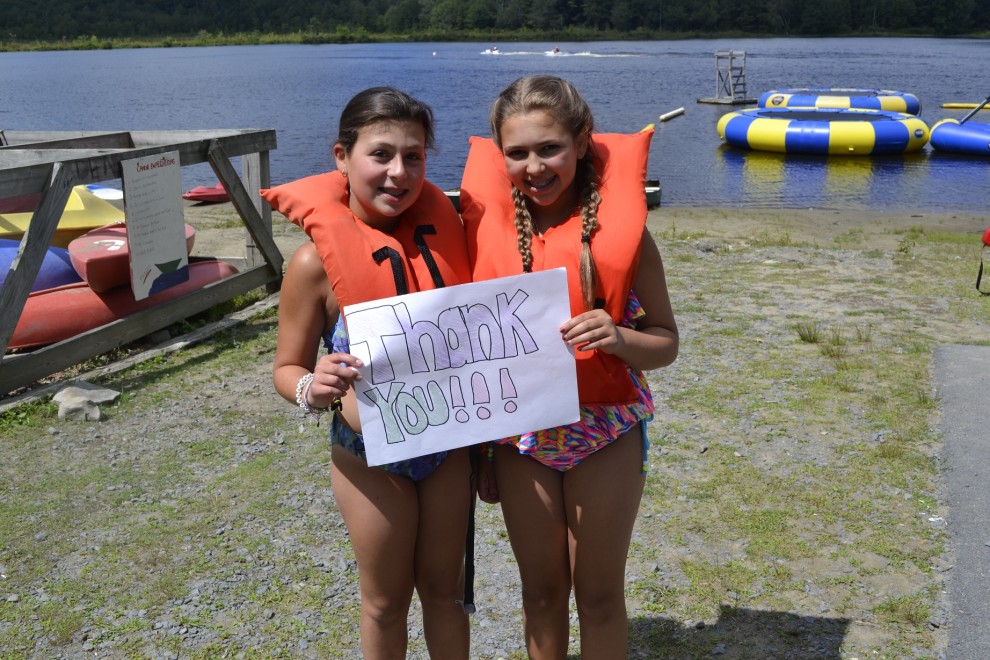 By Stephanie Smartschan
JFLV Director of Marketing
When her parents told her she would be attending Camp Young Judea Sprout Lake in elementary school, Ella*, now 17, remembers being less than thrilled. In fact, she says, she really didn’t want to go.
It’s a perspective that quickly changed after that first summer. “The day that [my parents] picked me up, I didn’t want to leave,” she said. “It was definitely an amazing experience.”
After Sprout Lake, Ella spent five summers at Camp Tel Yehuda. This past summer in Israel, she even met up with counselors from Sprout Lake.
“I’m one of very few Jews in my school so it’s never really been a major part of my life until I started going to camp,” she said. “You actually make life-long friends that are there for you through everything.”
Ella is one of the two dozen Lehigh Valley children who receive needs-based scholarships to attend Jewish overnight camp every year through the Jewish Federation of the Lehigh Valley.
Without the scholarship, Ella and her brother “absolutely would not have had the opportunity for this exposure to Judaism,” their mother said. “Their identity as Jews is so much more positive because of that.”
In her two summers at the New Jersey Y camps, Rachel*, 16, not only made lasting friendships, but got to experience the Jewish world firsthand, from volunteering at a Jewish food bank in San Francisco to visiting synagogues in Costa Rica.
“It’s a great experience because you’re with your best friends so you get to explore a lot of new places and have a lot of fun doing it,” Rachel said. “With NJY camps, we got a great Jewish aspect on all the different places.”
Because Jewish overnight camps can be so expensive, sometimes “people automatically dismiss the possibility of even applying, especially families with multiple children,” her mother said. But there is financial help out there – from the Federation, from synagogues, and from the camps themselves – and the experience is a worthwhile one, she said.
Rachel will most likely return to the New Jersey Y camps this summer as a counselor.
A Federation scholarship allowed one Allentown mother to send her son to Camp Ramah.
“My son loved the camp and friends so much that he now goes to Barrack,” the mother said. “He really wanted to be in a Jewish school. He loves learning and is doing great. I am so thankful to the Federation for giving him this opportunity. It has helped him grow in every way.”
One Allentown father said that being at Camp Ramah has been an incredible experience for his kids, and is the thing his son looks forward to most every year.
“There's no better way to ensure Jewish continuity then to send your kids to summer camp. It's a fantastic environment, where being Jewish is celebrated and appreciated,” the father said. “The Federation scholarships are vital to me being able to finance the Ramah experience."
*Names in this story have been changed or omitted out of respect for the privacy of the scholarship recipients. The Federation is now accepting applications for summer 2017 needs-based camp scholarships. The deadline is March 24, 2017. To learn more visit www.jewishlehighvalley.org/scholarships.