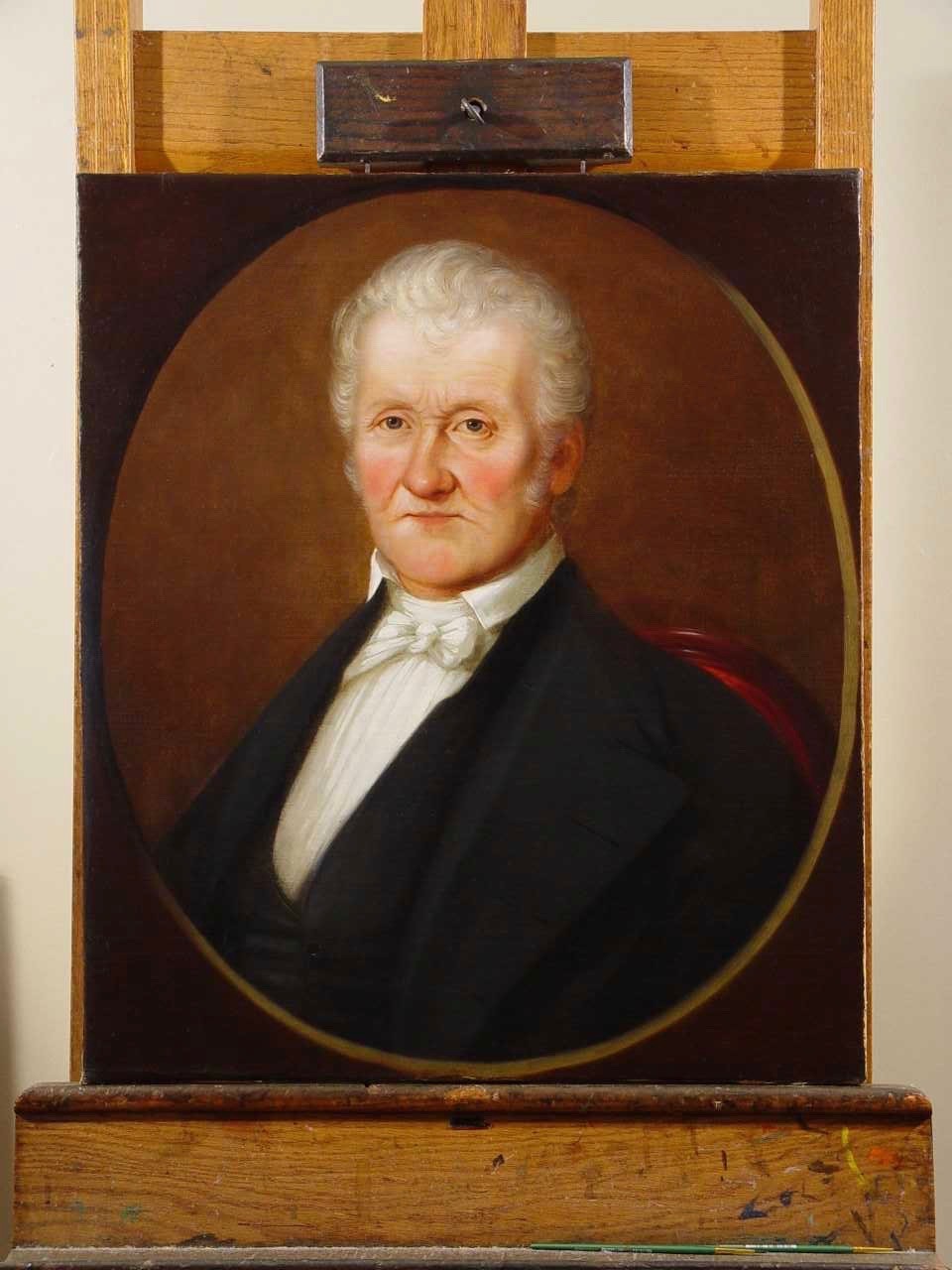 The Jewish community of the Lehigh Valley is invited to a celebration of Jewish history in Easton with the unveiling of the newly restored portrait of Jacob Hart, the son of one of Easton’s earliest settlers.

Among the 250 people who settled Easton in the 1700s, about 20 percent were Jewish, according to volunteer Becky Goldenberg, who spearheaded the effort for the portrait’s restoration. The portrait was given to the Sigal Museum in Easton by Mrs. C. Spencer Allen, Hart’s great-great-granddaughter. The portrait, which was painted by Hart’s son-in-law Leopold Paul Unger, was passed down in the family from generation to generation.

Jacob Hart was the son of Michael Hart, who moved to Easton in 1773. Michael was a trader of furs who quickly became an influential citizen of the area. In fact, he once served George Washington a kosher lunch at his home, which may have been the only time Washington ate kosher food. Jacob and his brother Naphtali opened a distillery when they were young, and Jacob was elected justice of the peace in Easton in 1807, holding the distinction of the first Jewish public official in Easton. He was also an original shareholder of the Easton Library Co.

The portrait came into possession of the Northampton County Historical & Genealogical Society in 1978, and has just undergone renovation by Steven Erisoty in Philadelphia after being discovered by Goldenberg in a storage room. Renovation of a painting typically includes fixing any deterioration over time due to reasons like paint loss, water damage or weakened canvas in an effort to stabilize the original painting. Money for the restoration came from diverse sectors of the local Jewish community.

With the hard work complete, the portrait is now ready to be unveiled at an event at the Sigal Museum. There will be several guest speakers before the portrait is unveiled. It will eventually find a home in a new exhibit focusing on the immigration of diverse ethnic groups to the Lehigh Valley.

The event has a secondary purpose of launching the Jacob Hart Fund, which will support research from a student fellow as well as the acquisitions of artifacts and other projects related to the new exhibit. “The Jacob Hart Fund is one of the many ways the Northampton County Historical & Genealogical Society is ensuring the long-term research and care of artifacts that tell the stories of the diverse ethnic groups in our community,” said the society’s Executive Director Carey Birgel.

The museum is also seeking local artifacts or memorabilia from the Jewish community for the exhibit, including letters, maps, photographs and other items. These items can be loaned, copied (if possible), or donated. Anyone with artifacts to share is encouraged to contact curator Brittany Merriam at 610-253-1222 or Brittany@northamptonctymuseum.org.

During the event, which will include light refreshments, other exhibits in the museum will be available for view. The museum currently has exhibits about the indigenous tribes originally in the area (mainly the Lenape), relics from the roaring 20’s, old children’s toys and artifacts from early Northampton County history.

The unveiling will take place on Sunday, May 6 from 2-4 p.m. at the Sigal Museum (342 Northampton Street, Easton). No RSVP required, free of charge, sponsorship and patronage opportunities available. For more information, contact info@northamptonctymuseum.org.