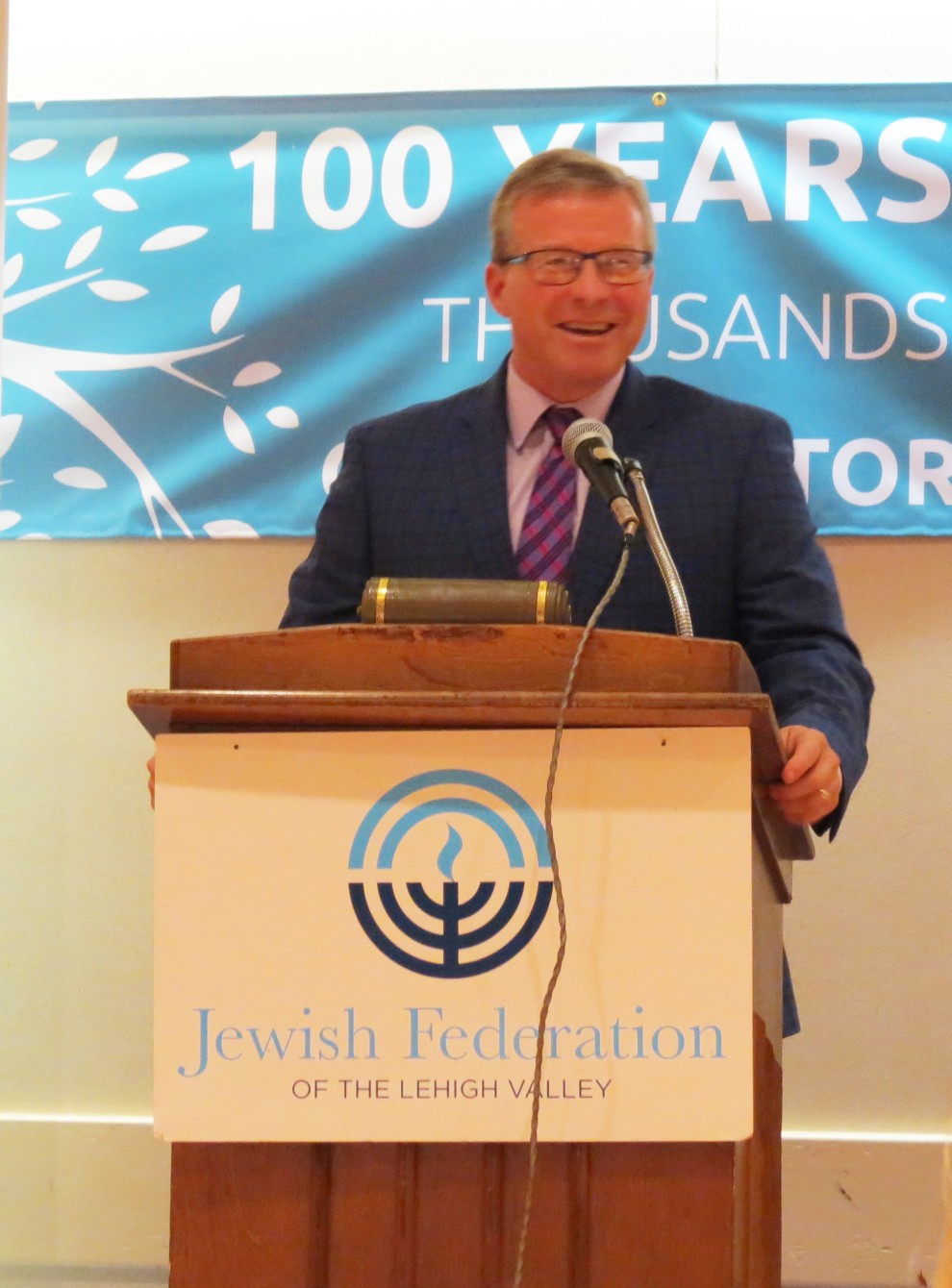 Two hundred people joined the Jewish Federation of the Lehigh Valley to celebrate a year of accomplishments at its Community Celebration & Annual Meeting on June 14.

Many who took to the podium remarked on just how special this Jewish community is.

“For me this was just another move. Another town, another address. However, very shortly thereafter, we knew that something about this place was different,” said Valeska Zighelboim, recipient of the George Feldman Achievement Award for Young Leadership, who immigrated to the United States from Venezuela and moved to the Lehigh Valley five years ago.

“People would invite us for Shabbat dinners, parties, playdates with the boys, everybody was kind and welcoming. The kids started their school year at the JDS and JCC and after only a few months, I realized that even though my children would never walk the hallways of our beloved school in Caracas, they would walk the hallways of a magnificent school. That it would be part of a fantastic, kind and big-hearted community.”

Upon receiving the President’s Award, former Rep. Charlie Dent said of the local Jewish community, “I always like to say it punches above its weight – politically, socially, philanthropically and in so many ways.”