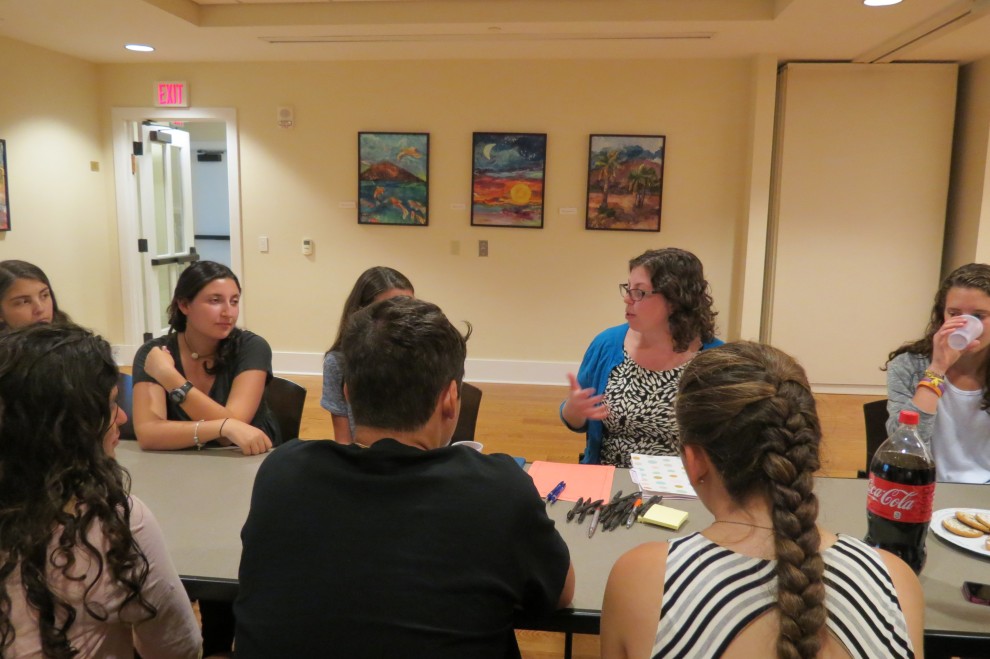 On Aug. 16, a group of parents and college-bound students gathered at Muhlenberg College Hillel for “Fighting BDS,” a program about Jewish life on college campuses including the growing presence of anti-Israel and anti-Semitic rhetoric.

Organized by Aaron Gorodzinsky, director of outreach and community relations for the Jewish Federation of the Lehigh Valley, and sponsored by the Community Relations Council of the Jewish Federation, the evening was an opportunity for parents and students to reconnect after the summer and brainstorm about life on campus.

The evening separated the 20 parents from the 15 students in order to focus the learning and to provide spaces where each population would feel comfortable being honest and open.

The student-focused program, "What to Expect as a Jewish Freshman in College: An Opportunity to Ask Everything You Want to Know" was run by Muhlenberg College Hillel Director and Jewish Chaplain Rabbi Melissa B. Simon. The students explored their relationship to the Jewish community and what kind of Jewish life they want in college, vocabulary about campus life including Jewish campus life and anti-Israel campus life and real-life scenarios about difficult situations around Israel or Jewish identity on college campuses.

The parent program, "Understanding the Situation on College Campuses in America: What Can I Do to Support My Children?" was led by Stephanie Hausner, director of community strategy for the Israel Action Network. The Israel Action Network (IAN) is a strategic initiative of The Jewish Federations of North America, in partnership with the Jewish Council for Public Affairs, created to counter assaults made on Israel’s legitimacy and its right to exist as a sovereign democratic Jewish state. Hausner utilized a PowerPoint to share with parents about national trends and handed out resources.

Parents remarked that the most powerful part was Hausner’s encouragement to parents to direct their children to resources on campus like Hillel to empower their children and step out of the role of major problem solver as the kids grow up.

Both pieces of the evening focused on empowering the young people to take the lead in their Jewish experiences at college and to know about the resources available for them if they should be faced with anti-Israel rhetoric including Boycott, Divestment and Sanctions (BDS).