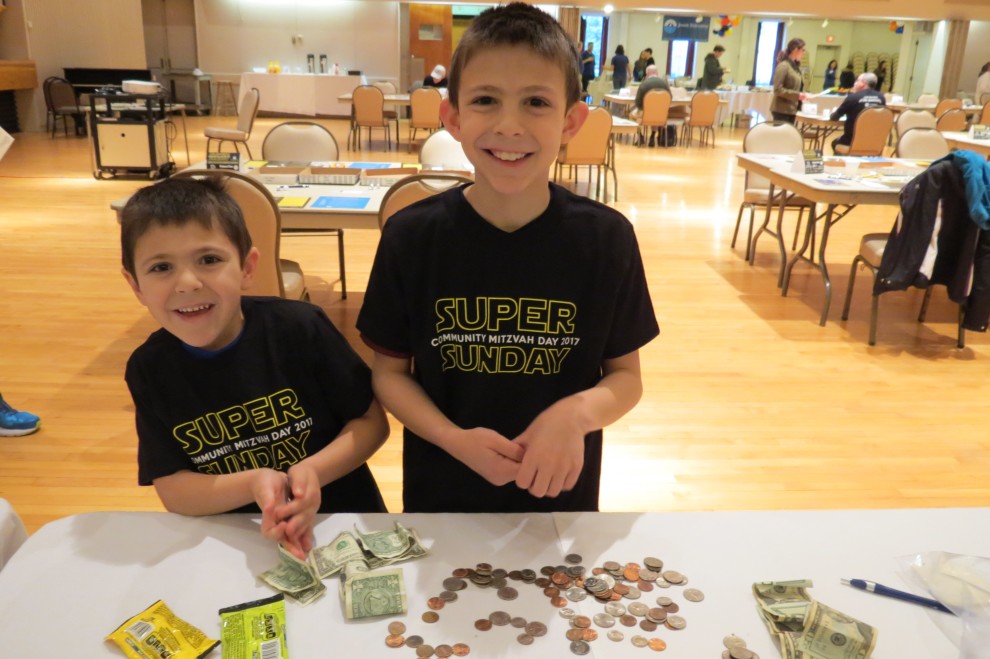 More than 150 volunteers gathered at the Jewish Community Center and at the Atria in Bethlehem to raise money for the 2017 Campaign for Jewish Needs, thank donors and bring joy to Jewish seniors.

Highlights of the day at the JCC included a visit from IronPigs mascot FeFe, free blood pressure screenings from Patient First, breakfast goodies and snacks courtesy of Giant and Whole Foods and delicious macaroni and cheese for dinner donated by Boscov’s.

More than 50 young Padawans joined PJ Library for a bend and stretch class with Coach T. The kids also worked on Star Wars-themed crafts provided by Camp JCC and listened to a PJ story read by State Rep. Mike Schlossberg.

Brian Ford, who co-chaired the event with his wife Emily, had the chance to talk to WFMZ about the mission of Super Sunday and the great work of volunteers.

While callers took a break in the afternoon, a group of volunteers led by Chelsea Busch and Joy Wernick joined Jewish Family Service at the Atria in Bethlehem. The volunteers, including a large contingent from Lehigh University Hillel, baked a special recipe with residents.

The Jewish Federation wishes to thank all of the local Jewish synagogues, agencies and Hillels who encouraged their members to be the force on Super Sunday and all of the sponsoring businesses who made this day possible.