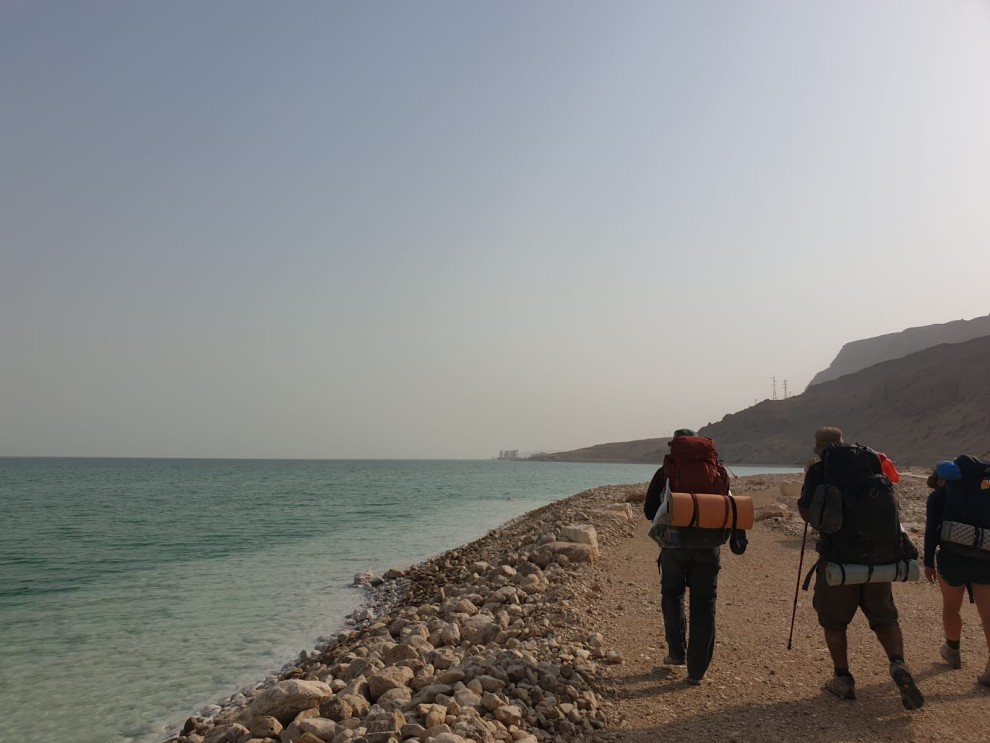 Have you dreamt of seeing all of Israel? Community shaliach Gavriel Siman-Tov has introduced the Lehigh Valley Jewish community to one of the best ways to do just that. Through a three-part Zoom series, Siman-Tov gave a virtual tour of the Israel National Trail.

In the first part of the series on Dec. 1, Siman-Tov gave an overview of the trail. The Israel National Trail runs the entire length of the country of Israel. From lush waterfalls in the north to the bustling coastal city of Tel Aviv to the stark beauty of the southern desert, you really can experience all that Israel has to offer just by following the route. Siman-Tov spoke of his experience walking different parts of the trail and explained the basics about how it works.

There are 56 different sections, and you can do one section at a time or the whole thing at once. If you do that, it would take about two months walking around 12.5 miles per day. Along the way, you’d see mountains, forests, cities, villages, settlements, streams, springs, historical sites and unique natural phenomena. In fact, the markers for the trail are a unique combination of three colored stripes: white for the snow of the northern mountains, blue for the Mediterranean Sea and orange for the desert.

But it’s not just nature you will encounter on the Israel National Trail.

People of all ages can walk sections of the trail at their own pace. One such person was Siman-Tov’s close friend, Shahar Boukris, who recently hiked the entire trail after finishing his service in the Israel Defense Forces before moving to Jerusalem to study. He shared his experience on the trail and gave tips to those who might want to visit during the second part of the Zoom series on Dec. 13 in a conversation led by Siman-Tov. They shared photos of his journey, showing everything from visiting a llama farm to floating in the Dead Sea to the time he almost fell off a cliff. Boukris met people from as far away as Germany and Spain and was welcomed into the home of trail “angels” who feed and house strangers making the trek.

Siman-Tov also announced that he would be giving out goody bags on Dec. 14 and 18 to prepare attendees for the third and final installment of the series on Dec. 20, where he would go more into detail about the trail angels and how the trail started and why it's important.