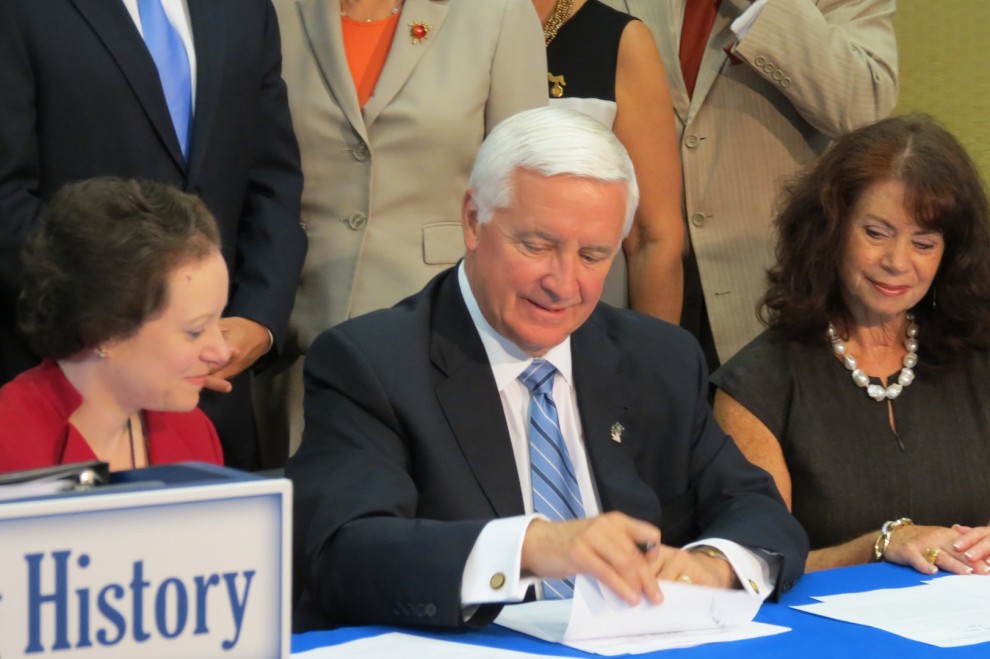 To those impacted, it seems unthinkable that anyone could deny that the evils of the Holocaust took place. But, without proper education, it will become easier for proponents of anti-Semitism to do just that. As more and more of the last survivors of the Holocaust pass away, education about their plight is all the more needed to carry on their legacy. Here in Pennsylvania, that just became much more likely, as Governor Tom Corbett signed a bill into law on June 26 which strongly recommends the state’s 500 school districts implement programs teaching about the Holocaust and other instances of genocide in world history.

The original bill attempted to mandate the desired programs, but as the Jewish Federation of the Lehigh Valley’s Director of Outreach and Community Relations Aaron Gorodzinsky said, “It would have been extremely difficult to pass a mandate because the teachers were not comfortable with that.” Opponents cited many other requirements already in writing for the schools which, with increased cuts to funding, are never carried out.

So, a compromise was made. After mounting tensions, a new version of the bill passed unanimously in both the State House and Senate. Schools will have two years to voluntarily implement Holocaust education. After that time, a survey will be conducted by the Pennsylvania Department of Education. If less than 90 percent of schools are following the recommendations of the new law, such lesson plans could then become required material in classrooms throughout the state.

The law “encourages schools to teach their students about the Holocaust, genocide and human rights violations by having the state develop strong curriculum options to teach these subjects, distribute these curriculum options to all school districts, train teachers to teach this subject effectively, assess schools’ use of these resources and assure that every school district is offering these subjects to their students,” according to a statement from the Pennsylvania Jewish Coalition.

The chairman of the coalition, Matt Handel, said, “Educating our students about our world’s historic atrocities creates an understanding of the need for tolerance and an understanding of the consequences of bigotry and hate. We must never forget the horrors of what has happened so that we do not allow these tragic chapters of history to be repeated.”